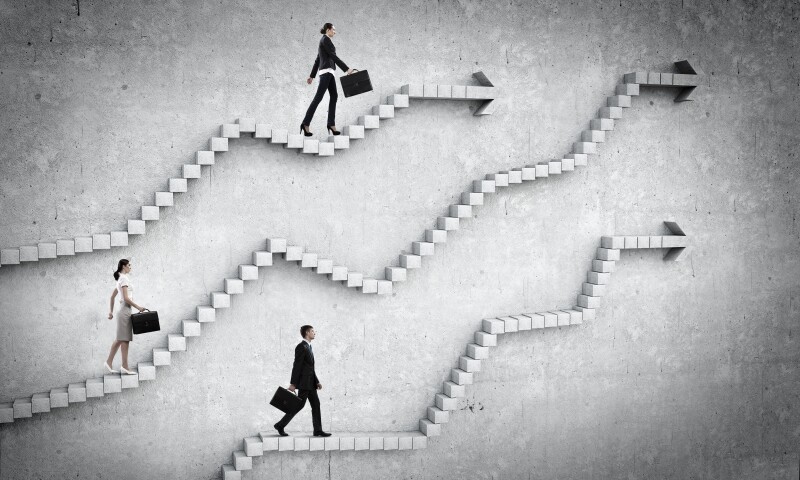 Companies Stepping Up for Pay Equity

We know women are, on average, paid less than men for the same work even if they have the same experience and credentials. The salary gap is less than it once was, but women still make only about 79 cents to a man’s $1, according to a 2019 report from PayScale. The pay gap widens with age and with women of color versus their male counterparts.

Salary calculators and more transparency in company financials on the Internet have helped women realize their financial worth and spurred them to demand equal pay. The U.S. Women’s National Soccer Team, the Closing the Women’s Wealth Gap initiative, the National Organization for Women, National Women’s Law Center, and Hollywood stars of the Time’s Up campaign are just some of the organizations and notable people who have committed themselves to fighting for equal pay.

Accenture has a section of their website dedicated to equality in their workforce. They state on their site that by 2025 they are committed to achieving a 50-50 gender-balanced workforce and that by next year, 2020, they will have women in 25 percent of their managing director roles worldwide.

From their website: “We believe the future workforce is an equal one and have set bold goals to accelerate gender equality. Thirty percent of our company leaders are women and 40 percent of the external members of our board of directors are women, including our non-executive chair.”

“We’ve achieved pay equity in every country where we operate—women earn the same as men when performing similar work. In the United States, underrepresented minorities earn one dollar for every dollar white employees earn. Every year, we examine the compensation employees receive and make adjustments to ensure that we maintain pay equity.

As part of our commitment to achieving pay equity globally, we’ve also stopped asking candidates about their salary history.

And in 2019, we received a top ranking for pay equity by Arjuna Capital’s Gender Pay Scorecard in the technology industry,” reads the Apple diversity hiring site.


In a 2017 report, Capital One noted that 53 percent of its workforce is women, with 27 percent in executive or senior-level positions and 48 percent of their workforce was a race or ethnic background that identifies as non-white. The company was noted by Forbes within their 100 Best Workplaces for Women and Best Places for Working Parents as well as for Diversity.

“We want to unleash the talents of our more than 40,000 associates to deliver on our mission to bring ingenuity, simplicity, and humanity to banking. We embrace a meritocracy of ideas without regard to sex, race, color, age, national origin, religion, sexual orientation, gender identity, protected veteran, disability or other protected status. We have embedded diversity throughout our talent acquisition, talent management and supplier practices, and our efforts have been recognized. Among many awards, we’re honored to have been named a Top Company for Executive Women and one of the Best Places to Work for LGBT and Disability Inclusion. We’ve also been recognized by the National Minority Supplier Development Council with a Corporation of the Year award for Corporate Excellence in Access to Capital,” notes Richard D. Fairbank, founder and CEO of Capital One, on the company’s diversity and inclusion site.

Jobs at Capital One on the ATD Job Bank

“Pay parity is an ongoing commitment for us. We’ll be testing for parity regularly, and where we see gaps, we’ll fix them. Cisco is also proud to have taken a national leadership role in advancing fair pay for everyone, as one of the 28 founding signers of the White House Equal Pay Pledge. We’ve joined forces with 24 companies across multiple industries to form the Employers for Pay Equity Consortium to help make the promise of fair pay a reality for all employees,” from the Pay Parity at Cisco report.
Advertisement

“IBM has a longstanding policy toward equal pay for equal work, by providing fair pay based on job responsibilities and performance. . . . Further, we have recently enhanced our policies for both new hires and promotions, by setting starting salaries that reflect the importance and value of each job to IBM along with the value of the candidate’s prior experience, education, and skills. This approach avoids a focus on current salary or salary history and reduces the impact of any potential pay inequities that may previously have existed for an individual with prior employers.”

In January 2019, Intel announced they closed the gender pay gap among their worldwide workforce. Intel defines pay equity as the gap in average pay between employees of different genders, races, or ethnicities in the same or similar roles after accounting for “legitimate business factors that can explain differences, such as performance, time at grade level, and tenure.”

Some other companies you may consider with commitments to equal pay:

Lisa Spinelli is the Senior Content Manager for the Career Development, Talent Management and Finance communities as well as the ATD Job Bank administrator and host of the The Accidental Trainer podcast. She is also the creator and manager of the ATD transitioning military service member workshops, Troops to Trainers, and editor of the ATD Press book Teachers to Trainers.

Prior to joining ATD, Lisa worked as a content strategist, editor, and journalist for over 14 years. Some of her freelance work was previously published with Fast Company magazine, Huffington Post, Mental Floss, Northern Virginia Magazine, Houston Chronicle, St. Louis Post-Dispatch and the Associated Press, to name a few. She grew up in Rome, Italy, and is an alumna of the University of Virginia and the Graduate School of Journalism at Columbia University. She currently resides in Northern Virginia with her three little divas and USAF veteran husband. Follow her on Twitter @atdcareerdev.