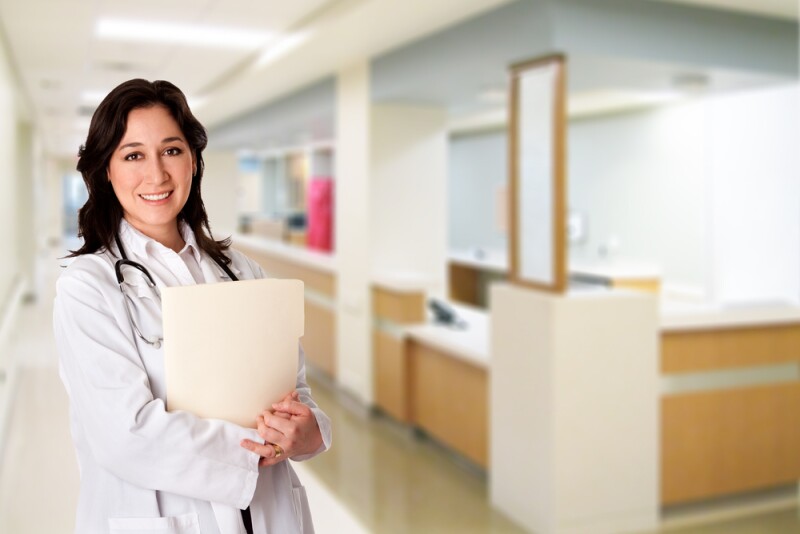 Most of us are familiar with this riddle:

One day, a father and son get into a serious car accident. The man is killed instantly. The son is knocked unconscious, but he’s still alive. He’s rushed to the hospital, in need of immediate surgery. A doctor enters the emergency room, looks at the boy, and says. . .

How is this possible? The boy’s father is dead, right? The answer turns out to be simple: the doctor is the boy's mother. This old riddle has been told time and again to illustrate just how common gender stereotypes are in our society.

What's interesting is to watch other women (like one of my three sisters) struggle for the answer as they fail to get past the stereotype of thinking "doctor" implies "man." This brain teaser remains relevant today, as 60 to 75 percent of people still cannot solve it with relative immediacy. Those who do solve it usually need a few minutes to realize that the boy’s mother could be a surgeon. Even those who consider themselves egalitarian often have a male image pop into their head upon hearing “surgeon” or “physician.”

How Did We Get to This Place of Unconscious Bias?

Most of us pride ourselves on being able to recognize explicit bias when we see it in our everyday lives, whether it be in the form of overt sexism, racism, homophobia, or ageism. But the reality is that our implicit biases—our unconscious biases—are tied to many of those same issues and more, including physical disabilities, weight, and socioeconomic status, all of which can make recognizing bias difficult.

Social psychologists theorize that the content of our unconscious biases are learned from the society in which we live. From a very early age, all of us are repetitively exposed to certain ideas from our family, friends, neighbors, teachers; and, from the constant input of various forms of media. Over time, these ideas become embedded in our belief system and are activated automatically and unconsciously. We don’t even know it’s happening!

Don Goldmann, Chief Scientific Officer Emeritus for The Institute for Healthcare Improvement (IHI) says, “The uncomfortable truth is that we live in a society in which stereotypes about groups of people are ubiquitous, and it follows that almost everyone has some implicit bias.”

According to research by the National Center for Biotechnology Information (NCBI) and the National Institutes of Health (NIH), unconscious bias plays a role in health disparities amongst U.S. population groups. Health and healthcare disparities refers to differences in health and healthcare between populations. A “health disparity” refers to a higher burden of illness, injury, disability, or mortality experienced by one population group relative to another. Healthcare disparities show up in a broad range of ways, from placement on the kidney transplant waitlist to rates of referrals for clinical tests.

There’s no doubting the existence of racial and ethnic disparities in healthcare today; many studies have drawn a correlation between biases and inequity. What are potential sources of these types of disparities? A study published in The Journal of Health and Social Behavior cites two potential causes: implicit biases and time pressure.

Results of the research showed that when doctors functioned under stress related to time constraints, they systematically leaned toward more aggressive pursuit of diagnostic leads for white patients than for black patients. Further, the magnitude of these differences was substantial. For example, the probability of referral to a specialist under high time pressure was 94 percent for white patients but only 48 percent for black patients. In this case, under time pressure, the non-white patient may have received low-quality care compared to their white counterpart.

The Implicit Association Test (IAT) is an extensively used measure of implicit social cognition that measures relative association strengths between two pairs of concepts. It has become widely accepted as a measure of implicit social cognition because it detects evaluations that are related to, but distinct from, self-report, and it has a predictive validity across a variety of topics.

The IAT is the subject of much controversy regarding precisely what it measures and the lack of reproducibility of many of its results. Still, it is widely used in social psychology research, and to some extent in clinical, cognitive, and developmental psychology research regarding unconscious bias. You can take an IAT test yourself if you like.

When healthcare professionals are involved, overt discrimination or explicit bias is managed through legal compliance procedures. Leaders’ implicit biases and quick talent or people management decisions can adversely impact employees’ lives and livelihood. However, because it is unconscious, it demands focused attention.

Meeting customers’ needs are priority in the service business of healthcare. We can view employees as “internal customers” and patients and their families as “external customers.”

For example, denying employees access to career opportunities (like omitting or limiting treatment options for patients) based on one’s own personal belief that they don’t need or don’t deserve or don’t fit the criteria to qualify for professional growth and development is inconsistent. Perceptions of inequity, even if unintentional, can have a lasting impact.

Current or prospective patients and their families may decide not to seek healthcare services or information from a provider due to negative care experiences, just as a healthcare employee may decide to leave an organization for lack of career development or advancement or for misalignment (where the employer brand promise and actual employee experience don’t match). Plus, a negative customer experience is five times more likely to be communicated to others than a positive one.

We’re all familiar with stereotypes and the negative impact they can have on employees and customers in the workplace and marketplace, respectively. How prospective candidates, employees, and current customers are treated does matter, and that treatment influences their decision to work for or do business with organizations.

Aspirations to create exceptional, inspiring experiences that delight and engage both internal and external customers are wasted when they find themselves treated differently based on unfavorable assumptions, attitudes, and beliefs due to their spoken language, education, income, geography, or lifestyle choice.

Financially, every source of revenue from patient services counts for hospitals to remain competitive and viable. Patient satisfaction matters. Medicare and Medicaid reimbursements represent more than half of today’s hospitals’ revenue, and they pay only 93 percent and 72 percent of hospital costs, respectively. Growing market share is critical, especially given the shrinking private-insurer market to cover the shortfall of those government reimbursements.

Who will these potential patients and families with chronic diseases choose as their partner in their care? Whom will they trust?
Current research indicates that patients are more comfortable with care providers who resemble themselves. They feel less intimidated by the process of the healthcare system when details are explained in ways they can comprehend from people with common cultural beliefs, values, and experience. Patients are more willing to listen and more likely to share detailed information, take medical advice, and adhere to a care plan when working with care providers they trust.

Unconscious bias scenarios are magnified in healthcare. When protocols are ignored, decisions are made arbitrarily, omitting options or treatment plans based on stereotypes toward a patient in a given group. In too many cases, the impact of decisions made based on unconscious bias can be a matter of life and death.

The standard approach to reduce unconscious bias is twofold: individual and organizational.
Individually, it begins with awareness of the treatment gap and development opportunity based on an assessment (like the IAT), and training to develop skills and techniques to manage bias tendencies.

There have been mixed views of the impact of implicit bias training. Some believe it causes more harm than good. Results will depend on the program strategy used to address the issue, the program design, and the delivery (including the feeling of a safe learning environment and meaningful follow-up strategy).

It does not end there, however. To establish and sustain a change in behavior (reducing or eliminating unconscious bias), key elements must be present. Most training fails when there is a lack of accountability, motivation, and opportunity to apply the skills.

For greater impact, the following components must be included:

At the organizational level, leadership should strive to:

We can all agree that, in addressing unconscious bias, we’ve got a lot of work to do and a long road to travel—both individually and collectively. However, if we keep moving, armed with the research and a well-defined plan of action, it is possible to bridge the gaps that prevent healthcare equality for all.

Looking to learn more about unconscious bias in healthcare? Please join me for the ATD webcast “Targeting Unconscious Bias to Improve Patient Outcomes” on June 8.

About the Author
Charlotte Hughes

Charlotte Hughes is an agile entrepreneur, diversity, equity, and inclusion consultant, and developer of leaders. As the successful Co-founder and CEO of Inclusive Leaders Group (ILG) headquartered in North Florida, Charlotte has designed and directed talent and organizational development strategies that have been implemented by Fortune 500 companies, large and small healthcare systems, some of the largest global non-profits. ILG is a boutique training and consulting firm that transforms business for profitable growth through inclusive leadership, equity, and belonging solutions.trategic change, employee engagement, and leadership development.