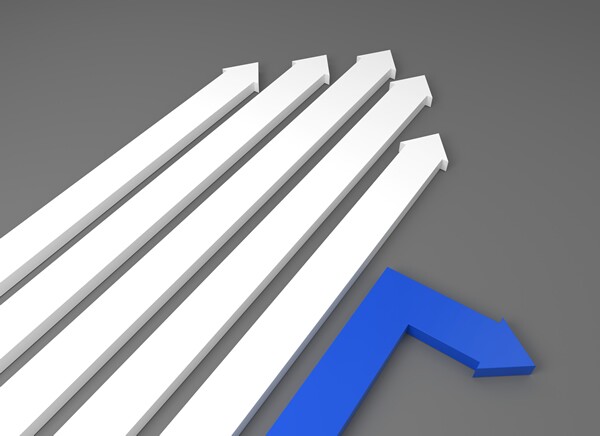 In my earlier blog post, I shared my views about how conservatives are not a hindrance to change but are actually vital for successful change management initiatives. The innovators and visionaries can facilitate the first part—initiation of change. But if change has to be sustained, it is the conservatives who possess the ability to lead the second and equally important part—institutionalization of change.

How can conservatives help in the change process?

Conservatives, by definition, do not let change happen easily. They act as change filters, questioning the need for change. They largely determine which change ideas are required and can be acted upon and which ones should be discarded. Organizations filled with only change initiators would experience too much change, which is detrimental. When involved early in the change process, conservatives provide a reality check by allowing only the most important and useful change initiatives to survive to the next stage. They are good at validating change initiatives for their relevance and evaluating the team’s preparedness for change.

Once sold on the idea, conservatives act as change cultivators, generating practicable ideas for change implementation. Leveraging their huge credibility with junior staff, they effectively motivate people to accept and implement change. Conservatives are also deep learning repositories of past change and experts in using those lessons for implementing present change.

Although change decisions are facilitated by innovators and visionaries, it is the conservatives who localize change to suit departments or units. They develop implementation strategies and get the buy-in of team members. While change guidelines might come from the top, conservatives handle the subtler interpersonal, political, psychological, and emotional aspects of change.

Perhaps the most crucial contribution of conservatives is mediating with junior staff and top management, explaining the need for change to team members on behalf of the top management and sending feedback and grassroots implementation challenges to the top management. They also maintain a constant, healthy relationship with other functional heads and peers during the process, which reduces conflicts between divisions and clears ambiguity about roles and responsibilities within the division and with external units.

Finally, as change contributors, conservatives can participate in the planning and implementation of change initiatives, once they get over their initial reluctance. They provide invaluable input to the innovators and visionaries regarding crucial ground realities. It is the conservatives who are best qualified to suggest adjustments, modifications, or variations for change to take place. In short, they guide, mentor, and educate both the top management and the frontline staff in change management.

In his book, Successful Change and Transformation Management, Michael A. Potter talks about Santander Bank's change management strategy. In 2008, Santander bought three traditional UK financial institutions that were around 150 years old. Merging them into one unified whole by breaking the old systems and processes of individual entities could not have been easy. However, the successful merger was possible with the active involvement and approval of traditional bankers from the erstwhile financial institutions, who had to let go of old methods and adopt new systems and practices. If these traditional bankers didn't take on the role of appraisers, cultivators, collaborators, change leaders, and contributors, the change process may not have been as successful.

In all successful change initiatives, the top management works shoulder-to-shoulder with the conservatives for successful enforcement. While the efforts of change makers—the so-called innovators and visionaries—are essential in the change process, they have to be complimented by the conservatives, who may not have been initially open to change. Conservatives usually become the purveyors of change and work toward sustaining it in the long run.