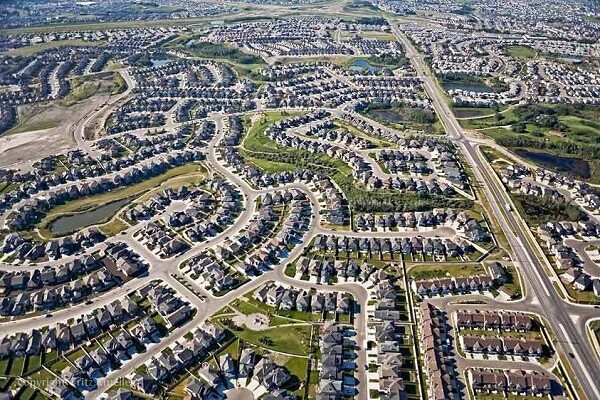 Urban sprawl is the antithesis of community building. The better approach is to create higher density, better functioning city centers where people and communities can thrive—this is called infilling. The same is true for teams. Geographic sprawl makes team building that much harder. The approach to counter this is to create a high performance, cutting-edge team at the core.

Power of infilling for urban development

Consider what is unfolding in Lake Tahoe. When most of us hear “Lake Tahoe” we think of mountains and trees and lakes and nature in all its glory. We think of the very rich and their mansions hanging over mountain edges. In truth, all of that is there. Further, the local planning commission has done its best over a long period of time to preserve that glory. On the one hand, they’ve done well. For instance, no new apartment structures had been built in Lake Tahoe in 70 years.

While this made all the sense in the world for the elite in the area, Kang explained to me that it was an ongoing disaster for the less fortunate workers in the area. For some of them housing conditions were sub-human with families of five sharing 200 square foot apartments where they must take turns sleeping in “submarine style bunks.”

Kang was able to overcome the obstacles presented by the planning commission and county and state authorities to build new units that house 400 people in dramatically better conditions. She did this by showing critical stakeholders the way people were living and educating them about the real conditions in their areas. Her approach is part of urban “infilling” or “smart growth,” tackling blighted areas by creating walkable communities that get people out of their cars and lead to all sorts of synergies.

Power of infilling for team development

Some work teams have the same sprawl problem. In teams, this shows up when geography or functional silos separate people. Less interaction and communication directly correlate to poorer team performance. In many cases, the team splits into the old guard (sitting around remembering the good old days) and the new crusaders (trying desperately to get loose from the gravitational pull of the old guard). It’s as though their center city was decaying and the team was listening to the Siren song of the suburbs.

One of our PrimeGenesis partners, Mary Vonnegut, has solved this in numerous organizations with what she calls “Operation Eclipse.” She advises, “Don’t try to fight the old culture. Instead, bring in some extraordinary people and let what they do eclipse the old ways. It’s the only way to change things.”

That’s infilling team development. That’s tackling team blight by replacing the rotting core with communities that get people out of their offices and off email—which leads to all sorts of synergies. Infilling is a tool to use as you deal with contributors, watchers, and detractors on the way to migrating your organization’s culture—the only sustainable competitive advantage. First prize is turning some of the contributors into champions. If you can’t do that, infill with “Operation Eclipse.”