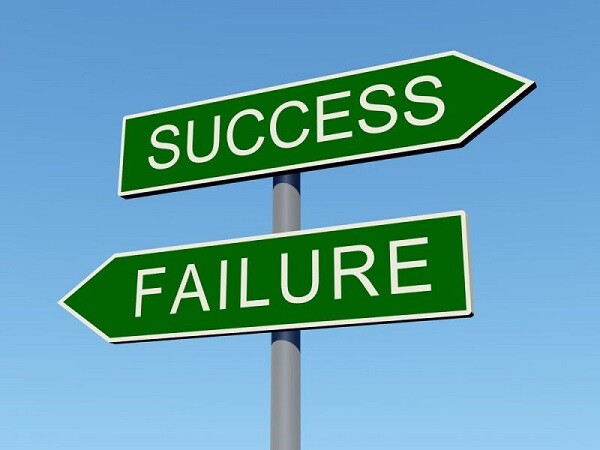 CPLP: It’s Worth the Tears

Do a Google search on "statistics of people admitting failure" and see what appears. I didn’t find what I thought I was looking for, yet the results I did find weren’t surprising. There are numerous articles touting the benefits of admitting failure, and how to learn from your mistakes. My purpose in searching for stats on people who admit to failure was to help me answer a fundamental question concerning this very blog post: Should I admit that I failed the CPLP Work Product the first time I took it?

I've decided the answer is a resounding YES.

The reason I'm okay with telling you this is…well…I didn't expect to pass in the first place. In fact, I almost didn't bother submitting my work product in that testing window, because I knew it was substandard.

Life definitely got in the way of my CPLP dream in more ways than one. During the time I should have been working to complete my work product, my marriage fell apart, and I had to find a new job and a new place to live. Since I had already paid the testing fee, I figured I might as well finish what I started. In a matter of six weeks, I found a new place to live and a new job—both in Fort Myers, Florida (to my chagrin).

What that meant for my CPLP Work Product was that I had to connect with new people, secure buy-in from a new team, and figure out a project the company could sponsor that aligned with a business objective. There were also two challenge questions (now abrogated) that would take time to answer. Time was the one thing I did not have in abundance. My new supervisor was amazing. He helped me figure out what aligned with an immediate business need and became the sponsor for my project.

The videotaped session wasn't good. What I had thought was a DVD player, was actually a VHS; so I had no multimedia, but a bulleted PowerPoint. The flipcharts were not self-stick, so I had to hunt for some sort of tape that would stick to the walls for their group exercises. The participants were in and out of the room, the space was a poor choice for group exercises, and I had to videotape it myself, causing all sorts of delays.

By the end of the segment, I was angry! The only good thing was that I had delivered the material 100 times before (okay maybe 20 times before) so my delivery of it was pretty smooth. Everything else bombed. Oh well! I did what I said I would do. Then I shrugged my shoulders, quickly completed the forms and questions to the best of my ability, and mailed it off.

Shortly thereafter, I received the failure letter. I breathed a sigh of relief; at least I knew where I stood. "Candidates have two years from the date they pass the knowledge exam to pass the work product." This meant I had about 18 months to get my act together, which I knew I could do.

As the universe would have it, a better job opportunity presented itself within a few months. It would take me back to my crime-infested, traffic-congested, beloved city of Miami, so I moved again. However, now I had a strong support network and breathing room to get a better work product plan in place. Life became wonderful again and I was on steady ground. My new organization had been waiting for me to arrive and eagerly welcomed me.

When I was ready to deliver my work product, I had folks who wanted to attend the session, people I could count on to proofread my work, and friends who could review the recorded segment before I sent it off. I recorded the new segment on a brighter topic, and had an engaged group. Someone else was able to record the session for me, and I focused on what I do best: increasing the knowledge and skills of other adults.

I was in tip-top form and wore a pink suit! Everything went smoothly, because I planned ahead to counteract Murphy's Law, and enlisted the opinions of those I valued. After the recording session was over and everyone had left, I collapsed and shed a few tears. I had nailed it with the help and support of incredible people. Now, I was ready to pass.

Because I submitted the work product early it was a few months before I heard anything. When my achievement letter arrived I yelped and hollered, and thanked my support team again and again. To this day, I remind them: "I couldn't have done it without you."

This story wouldn't be a training lesson unless there were some key takeaways. While you hopefully find several, but I would like to point out three:

Learn more about the CPLP certification.

About the Author
Lara Loucks

Lara Loucks is a talent development professional and author with more than 20 years of experience. Currently, she serves as the director of training and development for the South Florida Educational Federal Credit Union and is the owner of SkillzNow. Lara also serves as the VP of professional development, ATDSFL Chapter. Her expertise includes managing the training function and organizational knowledge, developing and delivering training programs, improving human performance and coaching, career planning and talent management, measuring and evaluating, and facilitating organizational change through effective project management. She holds the Certified Professional in Learning and Performance and Competent Communicator designations, as well as a master’s degree in business administration.