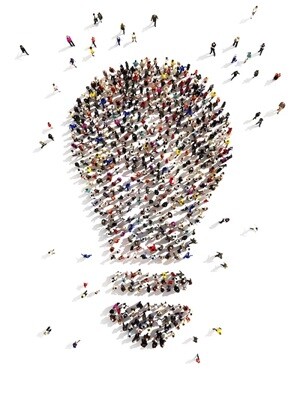 Cross-functional collaboration is a difficult term to nail down, often meaning different things to different people depending on an individual’s agency, title, and  personal experiences. NASA, using its powerful name recognition and reputation for promoting the public good, uses cross-functional collaborative efforts as well as open data initiatives internationally to help solve common problems facing humanity.
One of the best examples of this concept in action is the International Space Apps Challenge, an innovation incubator that makes NASA’s data discoverable and usable in order to spur innovation across the globe.

Billed as the largest hackathon in the universe, the Space Apps Challenge facilitates international collaboration between governments, private agencies, and individuals alike for 48-72 hours to create open-source solutions to common problems.

However, ensuring the success of the event is not an “if you build it they will come” exercise, says Beth Beck, NASA’s open innovation program manager. The developer community—the individuals that would actually seek out and use NASA data—is actually very small. In order to get regular individuals involved, there is a level of active facilitation that needs to occur.

“I look at the people who wouldn’t normally come to NASA’s data,” says Beck. “[I ask] how do we engage with them and how do we give them the tools to make their lives better, to create their own companies, to do whatever they want to do around that data?”

The answer is cross-functional collaboration. NASA is appropriated and authorized to explore the universe, but each mission they embark on produces a universe of data on its own. However, this data isn’t only related to space exploration. There’s engineering data, finance data, earth science data, and so on. In other words, there is a plethora of data sets that would be of interest to any number of government agencies and individuals.

Each mission leader is asked “What data sets are you interested in making available?” or “What challenge focuses are you interested in having citizens come engage with?” According to Beck, “They give us what they are interested in, we pull the data, and work with them in creating a challenge.”
Beck explains when you take the data and frame it in the context of a challenge, then the citizens have a starting point on what they want to do. This brings even more thought leaders and problem solvers to the table, and exponentially increases the program’s effectiveness.

This past year, the fifth Space Apps Challenge saw 161 locations in 61 countries with more than 15,000 individuals coming together to create 1,300 innovative solutions over the course of one weekend.

For a deeper dive into this topic, join me September 7 at the Government Workforce Conference.

About the Author
Andrea Fischer

Andrea Fischer is a writer and editor for the Association of Talent Development. She has been covering workplace learning and performance for ATD (formerly the American Society for Training & Development) since 2011. She currently writes for ATD's Government Community of Practice blog, as well as ATD's government-focused magazine, The Public Manager.