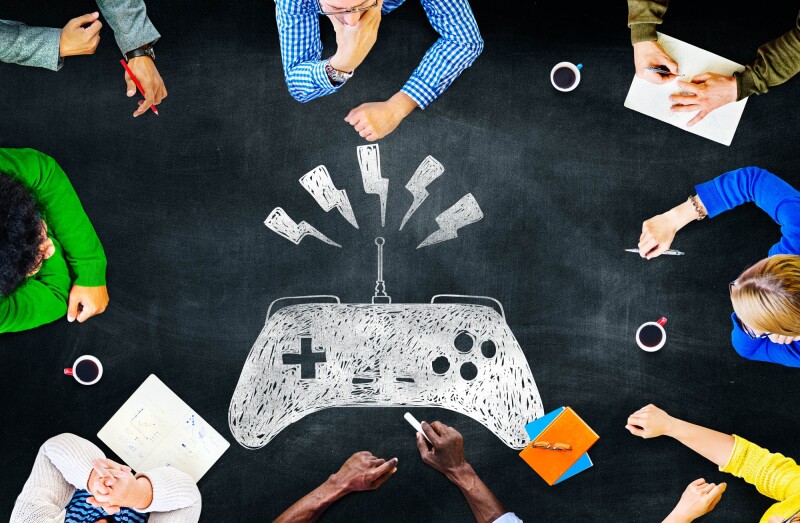 Does Gamification Actually Work? Yes, and Here's Why

I’m a big fan of Twitter. I use it to curate content and pay attention to people whose opinions I care about and business trends. I believe in hashtags (#GBL, #gamification, #UX, #ATD) because they help me easily curate content.

Last week, on the #ATD “back channel” (conversation that gets created when you diligently use hashtags to share info on a particular topic, person, or event), the topic of learning myths was hot and heavy, largely due to Clark Quinn’s newly-released (and excellent) book release on the same topic. Although gamification is not in Clark’s book, gamification came up on the #ATD back channel as part of a discussion on learning myths; people were suddenly questioning whether it’s a myth.

Whoa! As someone who has been immersed in the arena of learning games and the gamification of learning, I was understandably concerned by this line of conversation.

During a recent Twitter conversation, it emerged that some of the “myth” comments about gamification stemmed from a single study that one astute Twitterer, Shannon Tipton, called “full of holes as Swiss cheese.” The study used a proprietary platform to conduct a controlled, randomized comparison of two lessons that teach students how to divide fractions. The study authors did not provide any information about the two lessons being compared except for this:


The study suggests (but does not directly say) that one lesson was gamified in some fashion, but we aren’t told how. The other lesson was not gamified. The results overwhelmingly favored the non-gamified lesson. Kids learned faster and performed better on subsequent fractions tests that required them to divide fractions. The gamified approach resulted in lower test scores, even though kids spent longer in the lesson by choice. The authors indicate this increased amount of time spent on the lesson was 100 percent voluntary. The assumption the study’s authors seem to want readers to have is that students had more fun doing one lesson than the other.

From that single study, which omits tons of relevant information, some folks conclude that gamification of instruction doesn’t work.

What’s Missing From This Study?

Let’s think about what we don’t know:

Quality of the game/gamification design. How many game elements did the designers use? Were they used optimally? Was the gamified solution too complex, forcing students to expend too much brain power to figure out rules and too little to learn how to factor fractions? Or maybe the gamified elements were motivating the wrong behavior (rewarding progress versus mastery)? In scenarios that focus on rewarding progress, learners earn points simply by completing a problem; getting the problem correct is not a criteria for earning a reward. Learners also could have been rewarded for speed, which would push them to guess the right solution rather than truly make an effort to solve for the right answer.

Equivalency of instructional design quality across both solutions. Were both lessons, in fact, teaching identical principles and using some of the same techniques? Did they each have solid instructional design? For example, did they both employ worked examples, which reduces cognitive load and increases learning efficiency?

What the study illustrated was the basketball dividing fractions was less effective in helping students perform well on a fractions test than the lesson that did not include the gamified elements used in the basketball lesson. If I were a game designer on that lesson, I would want to go back to it and figure out what I’d done wrong in gamifying the lesson. I would not be ready to assume that gamification itself was the problem.

How to Effectively Use Games and Gamification

So how do you use games and gamification effectively? Here are some principles that will help you maximize efficacy.

Keep game complexity simple, particularly when you are using a game to support relatively short lessons. Do not over-complicate a learning game or gamified lesson with lots of game mechanics (aka rules) or game elements. Elements are things such as rewards, scoring, chance, strategy, resources, cooperation, competition, aesthetics, theme, and story. Doing so increases the cognitive load on your learner and makes it harder—not easier—to learn. (Check out this explanation of cognitive load theory, which was first identified by John Sweller in 1988.)

Reward players for performance, not completion. If you are going to award points within the game, those points need to come from demonstrating knowledge or skill, not just progress. (For more on this, see Karl Kapp’s book, Gamification of Learning and Instruction. There’s an entire chapter on research studies and another on how to use rewards effectively, and what not to do.)

Be cautious with leaderboards. Leaderboards can be fun, but be sure you focus on more than who is on top. Consider letting people see more about themselves rather than just what other players are doing. We are all very interested in ourselves, so we like to see our rank relative to others, improvements we’ve made over time, personal bests, and so forth. We also like being part of a team. So consider team-based comparisons, such as by location or role, as opposed to just head-to-head individual comparisons.

Align the game element choices you use to the learner’s actual job context, as much as possible. In other words, avoid competition in a game if the job requires cooperation and collaboration. If you want to incorporate “chance” into a game (and this is a handy game element for balancing out gameplay), make sure you use it appropriately. This means matching the types of chance a player encounters in the game with the way chance occurs in the real world.

For example, if you are teaching project management, a great use of chance is to have it come up as a factor that requires the player to consider alternate strategies. Some options: “One of your teammates just called in sick. Identify two other viable strategies for meeting today’s deadline.” or “Your client just called to say she’s going to miss her deadline. She asks, ‘How can we still hit the ultimate milestone. I don’t want the project to slip overall.’ What do you do?” Bottom line: make the in-game goal align with the learning goal in a reasonable way that makes sense for the learners who will play your game or complete your gamified lesson. Play to Learn, the book I co-authored with Karl Kapp, outlines how to combine learning design and game design together to maximize the impact and efficacy of games.

Also, be sure to mirror job context. If the real-world scenario is to achieve certain quality ratings for a medical facility, for example, mirror that goal within the game. This reduces cognitive load on your learners, because they don’t have to distinguish what’s true in the game from what’s true in their job context. (A blog post on playtesting features a game where we worked hard via multiple iterations to get our game goal and rewards just right to maximize learning.)

Stop thinking you have to make the game super fun. In fact, fun doesn’t really matter if the focus is on optimizing the learning outcomes. What matters is relevance and a game design that reinforces and enhances the instructional design. Granted, a game needs to be “fun enough” to keep your player/learner involved in that game. You also need to re-think what fun is. Kevin Werbach of the Wharton School of Business does a great job of breaking down what people actually find fun, and it includes things such as strategizing, problem solving, and collaborating—all skills required in many jobs.

Editor's Note: This post is adapted from the Lessons on Learning Blog.

About the Author
Sharon Boller

Sharon Boller is president and chief product officer of Bottom-Line Performance, Inc. (BLP), a learning solutions firm she founded in 1995. Sharon has grown BLP from a single-woman sole proprietorship to a $3M+ company with 30 team members. Under Sharon’s direction, BLP created the Knowledge Guru™ learning game platform. Knowledge Guru is the recipient of numerous industry awards, including the coveted Brandon Hall Gold award for best innovation in gaming and technology (2014). BLP has also produced a wide array of other award-winning learning solutions. They earned Brandon Hall awards for best advance in sales training, best use of games and simulations for learning in 2014. They've earned numerous Horizon Awards as well.

Sharon frequently speaks on game-based learning and learning design topics at the local and international level for eLearning Guild, ATD, CLO, Training Magazine, and other industry groups. She is also the author of numerous articles on game-based learning, learning science, and instructional design, as well as a book featuring team building simulations and games, Team Training. She also has an authoring credit for one of the chapter’s in Dr. Karl Kapp’s book, The Gamification of Learning and Instruction Field Book.