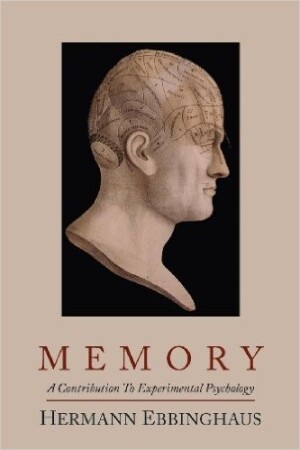 In January we celebrate the birthday of Hermann Ebbinghaus, the psychologist who discovered the learning curve, the forgetting curve, the spacing effect, and several other fundamental behaviors of human learning. As a learning professional, you probably use his work every day—even if you have never heard his name. For some reason, these terms are often described in more recent literature without crediting the man who discovered them. So, let’s make that right today.

Long before neuroscience even existed, Ebbinghaus applied the scientific method to study how people learn, remember, and forget. He first published the results of his experiments in 1885, yet his diligent attention to detail has kept his work relevant today, even though many other theories from his era are now forgotten or studied as misguided curiosities. Here’s a primer on his work and how it contributes to L&D best practices today.

Ebbinghaus discovered that when we first learn a new subject or skill struggle, but the rate of knowledge acquisition rapidly increases as we gain mastery until we reach a point of diminishing returns and eventually level off. This pattern is consistent across all subjects and learners and can be applied to other disciplines, such as economics and technology innovation.

To a learning professional, it means that we need to prepare learners for initial struggle, as they learn new terminology and procedures, nurturing them until the breakthrough occurs and they can make rapid progress. Today, the terms “learning curve” and “diminishing returns” are generally used without giving Ebbinhaus credit, but he was the first to identify and quantify the phenomenon.

Like many of his peers at the time, Ebbinghaus experimented on himself to understand the workings of the brain. He tested his ability to remember a string of words over different periods of time and found a consistent pattern to the decline of his ability to recall these words over time. Immediately after the learning experience, his recall was 100 percent, but memory dropped steeply the first few days. Further, he found that the memory loss was exponential, meaning it increased by the square of the previous number until finally flattening out at around 30 days post-learning. This pattern is properly called the Ebbinhaus Forgetting Curve.

For the learning professional, the Ebbinhaus Forgetting Curve is a reminder that we must reinforce training on a regular basis, especially for the first thirty days after training, in order to ensure that a high percentage of the content is retained after the learning experience. I see far too many training programs that take the “one and done” approach—assuming that after one course the learner will be able to retain and apply everything that they learned in class. Instead, you need to build frequent refresher modules to boost memory and fight the curve, especially in the critical first 30 days after the initial learning.

The natural conclusion to the Forgetting Curve is the Spacing Effect. If we space learning over a span of time, with spaces in between, the learner has time to process and internalize the information and is more likely to remember it over the long term. If you’ve ever crammed for a test the night before finals, you’ve probably noticed that you can’t remember most of what you “learned” for the test. That’s because the Forgetting Curve was in play, and you had no strategy to counteract it.

One reason to employ micro learning in your curriculum is to provide spacing between short bursts of learning, giving your audience the opportunity to master the content in small chunks rather than taking a “firehose” effect.

The Primacy/Recency Effect was also discovered by Ebbinghaus. He studied the position of content in the presentation, and found that we tend to remember the first and last items the most. Neuroscience has validated this effect and discovered a possible cause in the relative strength of electrical impulses in the brain when our attention is first aroused (primacy) and when the brain is actively engaged in coding information in short-term memory (recency).

As learning professionals, we need to be aware of these effects and develop specific strategies to provide additional learning support for “the stuff in the middle,” where the brain is not as active, making it harder for learners to remember. You can also take advantage of this effect to position your most important points at the beginning and end of the course or module.

A prolific researcher, Ebbinghaus made many discoveries about learning, including the Ebbinghaus illusion and mnemonic devices. You can still purchase his book on memory on Amazon, making it one of the longest-running works continuously in print, right up there with the Bible and Shakespeare. Ahead of His Time While Ebbinghaus does not get full credit for his ground-breaking work today, his contributions still stand and have influenced much of our industry’s current thinking about the brain and learning. One of my favorite quotes from his work could have been written by a neuroscientist today: “Mind has thus been proved to be subject to the laws of the natural world.” Thanks, Hermann, and happy birthday!