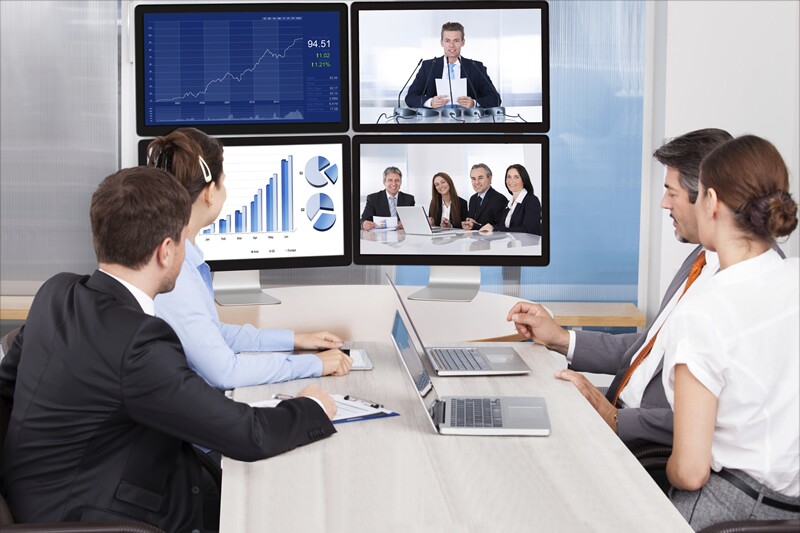 Thousands of dollars are wasted every week on learning video that doesn’t lead to real learning. Video is not cheap to produce. In fact, video of midrange quality produced in-house by a learning professional costs about $165 for every minute of final video. When you add hidden costs like other people’s time—the folks in legal who check your script, other trainers who brainstorm ideas with you, subject matter experts who provide input—every minute of learning video turns into a significant investment.

(If you’re wondering how I came to the cost of a minute of video being $165, I based my calculations on the average U.S. salary for an instructional designer, which is $63,000. Assuming this person takes four weeks for vacation and works 48 weeks a year, I divided $63,000 by 48 weeks to get a weekly pay of $1,312, which is $33 per hour. As a general rule, one minute of decent-quality video takes about four to five hours for a reasonably proficient person to produce. So the cost of five hours to produce this one minute of video is about $165. Of course, there are variables and assumptions that may make this cost higher or lower. For example, not everyone literally works 40 hours a week. Most people take breaks to grab a coffee, go to the restroom, or attend staff meetings. And some people with less-developed skills take longer because they have to correct dodgy shots or they struggle to remember certain features of the software. But as a ballpark figure, it helps us remember that video is not cheap to make and is a serious investment that needs to be made wisely.)

But is that investment worth it? Learning organizations today are producing a lot of video, but is the video we produce helping people learn?

A lot of the video we use for learning is not that great. Poor camera work. Poor audio. Too long. Boring. Lots of talking head shots.

So what constitutes good video? While there are many subjective elements, there are some tangible criteria we can learn from television professionals as well as studies on video consumption.  Here are three ways to make better video, which I’ll describe in more detail in subsequent posts:

Studies show that people watch video on their desktop for an average of two minutes. Times are more varied on mobile devices—iPhone users watch for about two and a half minutes, Android users for three minutes, and tablet users for five minutes. It’s pretty clear that people have a relatively short attention span. Consequently, good learning video should be short.

Is video longer than three minutes ineffective? Not necessarily, but it does face an even tougher battle to keep viewers engaged. So we need to employ video techniques to ensure that longer video is produced to an even higher editorial and production standard.

What draws learners into video content? Pictures. People watch video rather than listen to it. Usability guru Jakob Nielsen conducted a study in which he had people watch an online newscast. He found they spent as much time looking at other content on the page as they did watching the face of the talking head. They were distracted.

Television professionals will always tell you that to make engaging video you need pictures. In fact, this was one of the mantras of my former colleagues in the BBC training department. So talking heads and content that is not visually appealing may just be a waste of money. Think about the 10-minute talking head shot. That’s a $1,650 investment.

Around 10 years ago there was a lot of talk about whether video needed to look like it was produced by amateurs or by professionals. The argument went that slick production looked too corporate and lacked authenticity.

I’m not a fan of gratuitous spinning logos and special effects, but I wonder if this argument is simply a cop-out for lazy production value. Arguing whether it’s slick or grungy is irrelevant—what’s important is whether the content is quick and easy to understand and thus easy to remember and apply.

One of the biggest distractions in video is poor production technique, which also increases cognitive load. These include:

Add these challenges to a video that is already too long or features a single talking head and few visuals and it can make you question whether that $165-per-minute investment in video was a waste.

In future posts, we’ll take a look at how you can overcome these challenges to create truly good video that people find engaging.

About the Author
Jonathan Halls

Jonathan Halls is an author, trainer, and coach. He wrote Confessions of a Corporate Trainer (ATD Press, 2019), Rapid Video Development for Trainers (ATD Press, 2012) and was a contributing author to Speak More (River Grove Books, 2012) and the ATD Handbook: The Definitive Reference for Training & Development 2nd Edition (ATD Press, 2014). He is author of the ATD Infoline, “Memory & Cognition in Learning” (ATD Press, 2014) and has written numerous articles for T&D magazine. Jonathan is an ATD BEST Awards reviewer and has sat on the advisory committees for the ASTD International Conference & Exposition and TechKnowledge.

The former BBC learning executive now runs workshops in media, communication, leadership, and creativity. He is on faculty at George Washington University and facilitates ATD’s Master Trainer Program ™, Training Certificate and Rapid Video for Learning Professionals Certificate program. Jonathan has been training, speaking, and coaching for 25 years in more than 20 countries. He describes his work as “at the intersection of media, communication, learning, leadership, and innovation.”