Eliminating the Costs of Conflict Avoidance 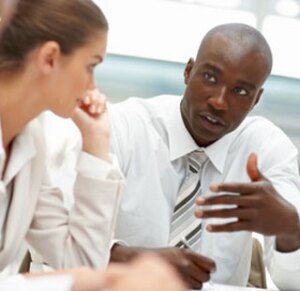 Some conflicts are hot—simmering with hurt feelings, gnawing suspicion, and verbal sparring. But most workplace conflict is cold. Resentments are clutched close to the vest, disagreements are quietly acted out rather than talked out, and mistrust is passed in whispers to third parties rather than confronted face to face.

According to a study my colleagues and I conducted, 95 percent of a company’s workforce struggles to confront their colleagues and managers about their concerns and frustrations. As a result, they engage in resource-sapping avoidance tactics, including ruminating excessively about crucial issues, complaining to others, getting angry, doing extra or unnecessary work, and avoiding the other person altogether.

But while unresolved conflict is never a positive thing among teams intended to collaborate, innovate, and produce, our research revealed the ramifications of conflict go far beyond inconvenience. In fact, avoiding conflict is extremely costly.

In our poll of more than 600 people, we found that employees waste an average of $1,500 and an 8-hour workday for every accountability conversation they avoid. In extreme cases of avoidance, an organization’s bottom line can be hit especially hard.

We found that a shocking 8 percent of employees estimate their inability to deal with conflict costs their organization more than $10,000. And one in 20 respondents estimates that over the course of a drawn-out silent conflict, they waste time ruminating about the problem for more than six months.

What this means is that companies already financially impaled from the effects of the recession will be lucky to make any kind of recovery unless employees learn to effectively step up to and resolve conflict.

Fortunately, there are a few skilled individuals who know how to speak up and hold their colleagues accountable for bad behavior. The research confirms this skilled minority wastes significantly less time complaining, feeling sorry for themselves, avoiding problems, and getting angry. As a result, these people are considerably more productive and influential. Their success stems from a confidence and ability to hold others accountable to bad behavior, as well as reach alignment and agreement around crucial issues.

The research speaks for itself. Clearly, unresolved conflict is one of the most costly barriers to organizational performance. It’s time leaders stop viewing interpersonal competencies as soft skills and start teaching their people how to speak up when they have concerns or frustrations with a colleague or manager.

The good news is that speaking up and resolving conflict is a skill set anyone can learn and master. We’ve spent the last 30 years identifying the high-leverage behaviors demonstrated by the most skilled communicators. These people know how to assert themselves in a way that is 100 percent honest and 100 percent respectful. As a result, they resolve concerns and settle problems without damaging their relationships.