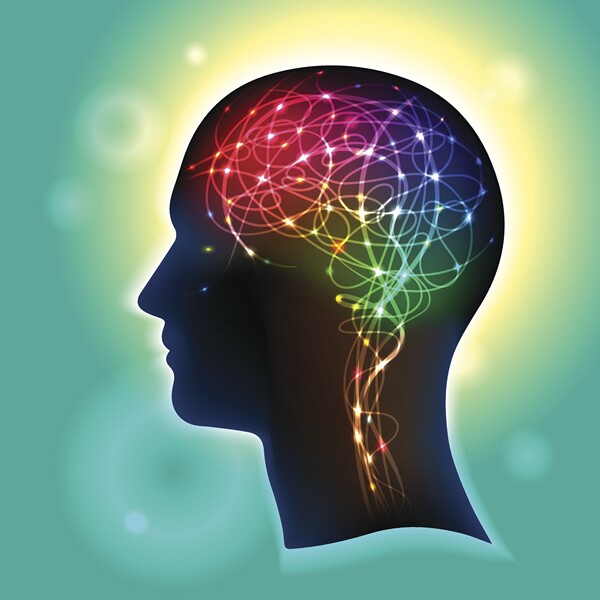 Emotional Intelligence: What Competencies Do You Need to Succeed?

Big changes are coming to the world of work, according to the 2016 World Economic Forum report The Future of Jobs. The fourth industrial revolution is on our doorstep, and it will cause widespread disruption to business models and labor markets over the next five years. The report predicts an enormous change in the most desirable skills to thrive in the job market.

The World Economic Forum rates emotional intelligence as one of the top 10 most desirable skills needed in the future workplace, alongside complex problem-solving skills, critical thinking skills, and creativity. This places the neuroscience of learning and the intrapersonal-interpersonal competency framework for developing an emotionally intelligent workforce at the center of talent development and performance improvement.

More is now known about how emotional, social, and cognitive parts of the brain work together. Advances in brain science provide a better understanding of the role emotions play in effective thought, action, and performance, all of which involve cognitive ability. Without emotional intelligence these cognitive abilities suffer.

At its core, emotional intelligence is about developing intrapersonal (personal) and interpersonal (social) competencies: 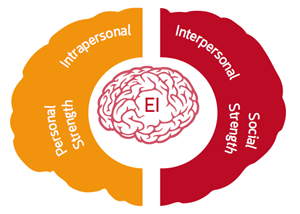 Nelson Mandela was one of the most remarkable servant leaders the world has ever seen. His life story is an epic of struggle, learning, and growing. It tells of a man whose idealism and hope inspired a world prone to cynicism and pessimism.

To serve, inspire, and influence people in constructive ways required tremendous intrapersonal and interpersonal competence. In fact, he is one of the best examples of how the above intrapersonal-interpersonal framework improves the performance of emotionally intelligent leaders.

Mandela influenced people to look in the same direction and inspired them to reconcile through the example he set. He was willing to become the change he wanted others to be. He served the people of South Africa by anticipating, recognizing, and meeting their need for liberation and freedom.

Throughout his life he was always very aware of his motives, values, emotions, and life purpose. To guide South Africa through political turmoil toward reconciliation, Mandela also displayed powerful self-management skills, such as self-control, resilience, adaptability, and self-motivation. One of his greatest traits was his strong intrapersonal competencies, which did not inflate his ego. He never put his needs before the needs of those he served.

Mandela was a servant leader who also had great interpersonal skills that helped him to establish strong social bonds with others, especially those who had different opinions, beliefs, and political affiliations, and were of a different sexual orientation, culture, and race. He displayed powerful communication, negotiation, and conflict resolution skills to lead South Africa to democracy. Perhaps his greatest gift was creating social cohesion and synergy among people, getting them to work and live together in harmony despite their differences.

The good news about the above framework and Nelson Mandela’s inspirational example is that all people have the potential to be great in their own respect if they embrace this framework and develop these emotional intelligence skills.

Want to learn more? Dr. Andre Vermeulen will be a keynote speaker at the upcoming ATD 2016 Mexico Summit, where he will discuss how Nelson Mandela was a great example of an emotionally intelligent leader.

About the Author
André Vermeulen

André Vermeulen is the CEO of Neuro-Link, an international consultancy specializing in the neuroscience of workplace learning. He is the architect and owner of the Neuro-Link brand and business system, which consists of various brain profile assessments to determine learning potential and brain-training solutions to optimize brain performance. As an international motivational speaker, André has presented at TEDx and numerous international conferences and events, including the ATD International Conference & Exposition since 2000. André has been a guest on many radio and television talk shows across the globe and hosts his own television show,  Breinkrag (Brain Power). André has published books and more than 30 articles in magazines and newspapers in Germany, the United States, South Africa, and Costa Rica on the neuroscience of learning, brain-based learning and development, and other wellness-related topics.