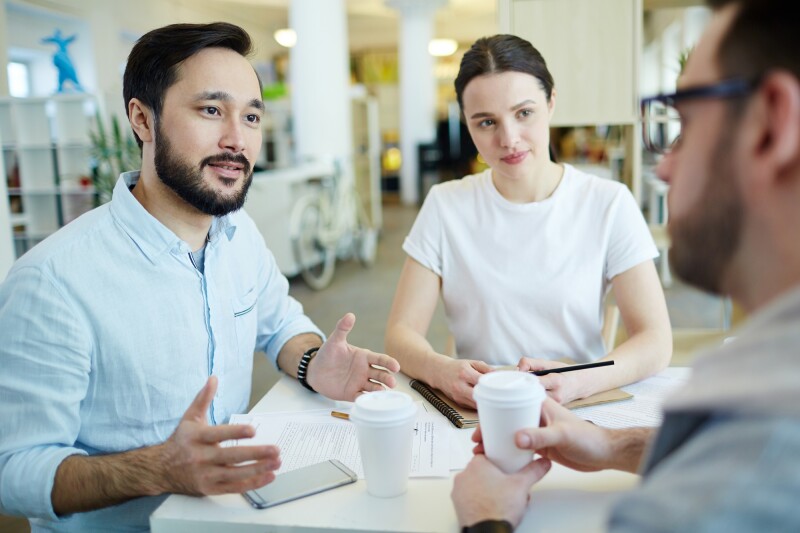 When Dr. David Dao boarded his United Airlines flight on April 9, 2017, he had no idea the firestorm his experience with the airline would cause. We all remember the video: a passenger being dragged from his seat, his face bloodied, and onlookers horrified. We empathized with him to the highest extent; haven’t we all had miserable experiences with air travel?

Few were expecting United Airlines CEO Oscar Munoz’s response to the incident. In an internal memo to UA staff, he characterized the situation as “re-accommodating the customer(s)” while describing Dr. Dao as “disruptive” and “belligerent.” His first two statements on the events of that day were labeled tone-deaf and insensitive, and they were sorely lacking in one of the greatest traits every great leader is required to have: empathy.

What makes a leader empathetic? And how does a leader display the empathy needed to command a cohesive and collaborative team? Two great questions, but first let’s tackle the basics.

Empathy is defined as the ability to understand and share the feelings of another person. It’s different from sympathy in that you aren’t feeling sorry or pity for someone; you are attempting to relate to them by feeling what they are feeling at any given moment.

Although many people view it as either nonessential or too difficult to try, empathy is a necessity in corporate culture; it is fundamental to creating great cultures and growing capable leaders. As Gen Y rises in the management ranks, and with Gen Z on the verge of entering the workforce, empathetic training leaders are crucial to retaining top talent in these younger generations.

According to the 2018 State of Workplace Empathy report, CEOs are beginning to see the light. Eighty-seven percent of CEOs (as well as 79 percent of HR professionals) agree that a company’s financial performance is tied to empathy. On the other end, 90 percent of employees are more likely to stay with an organization that empathizes with their needs, while 79 percent would consider leaving their organization if it became less empathetic.

Empathy is clearly important to retaining top talent. The issue is that many companies don’t know how to train their leaders and teams for empathy.

How to Introduce the Concept of Empathy as a Skill

Some argue that empathy can’t be taught; you either are or are not capable of that level of perspective. However, there are specific daily actions you can teach high potentials that will help them be more empathetic leaders. The first thing you need to do is reframe empathy as a skill that can be practiced, refined, and improved.

I got my start as a speaker at tech conferences. Aside from the typical nerves of getting onstage and sharing my ideas, I always had a fear that technical people would find my nontechnical talk boring and useless. I quickly realized that these soft-skill talks are anything but useless; they are vital to giving attendees—and employees—perspective on things like communication, collaboration, and general business success.

Most important, I learned that the term soft skill is flawed. Hard skills are defined as specific, teachable skills that can be defined and measured—things like typing, writing, math, reading, and the ability to use software programs, according to Investopedia. Soft skills are defined as personal attributes that enable someone to interact effectively and harmoniously with other people. They are less tangible and harder to quantify, such as etiquette, getting along with others, listening, and engaging in small talk.

Tech conferences taught me that technology is constantly changing and evolving, but the value of connecting with people on your team at work or in your personal life stays the same. So, doesn’t that fact alone make empathy—the key to true connection—a skill? Empathy, after all, is the result of many actions: the way we speak, how intently we listen, our body language, and the way we think about things.

According to Prudy Gourguechon, psychiatrist, psychoanalyst, and contributor to Forbes.com, empathy is a practice that “involves scanning large sets of data” while “sorting out what’s noise and what’s essential information.” Instead of looking at empathy as a cool concept but one that’s difficult to implement, view empathy as muscle that can be trained with targeted actions and a bit of practice.

Great leaders know that they alone are not enough. Whatever success they achieve is a direct result of the team around them. That’s why every leader needs empathy to truly connect and optimize collaboration with those helping them succeed. So what are the actions that both display and embody an empathetic leader?


For an example of empathy in action, let’s again look at the United Airlines CEO. It may have taken him a few tries to get it right, but eventually Munoz emailed all 88,000 of his employees and took full responsibility for what happened to Dr. Dao. What he once described as an “unfortunate” situation with facts and circumstances that were “still evolving,” he now described as “horrific” and disturbing. He ended this statement with a promise to do better.

This is empathy at work. Munoz acted hastily in the beginning and did what he thought was best to protect his company. Once he realized he was wrong, he slowed down, listened to his customers and his employees, and displayed incredible humility while rectifying the situation to the best of his abilities. Almost a year after the incident, he declined his annual bonus to send a message to the world about accountability.

Investing in empathy training is an excellent idea, but keep in mind that no amount of training combats all failures. Talent development professionals need to stress the importance of their high-potential young leaders learning from their inevitable mistakes and then course correcting. That is true empathy at work.

Sharon Steed will be presenting Cultivating Empathy in an Evolving Workplace at the ATD TalentNext conference this November.

About the Author
Sharon Steed

Sharon Steed is a corporate empathy and communications consultant as well as an international keynote speaker. Sharon is a subject matter expert on communicating with empathy. She has spoken at companies on improving team communication and collaboration and at tech conferences on vulnerability as an asset; and she’s given a TEDx talk on empowering insecurities. A lifelong stutterer, she uses her speech impediment to teach both what empathy is and how to be empathetic. Sharon’s course Communicating With Empathy is available on both LinkedIn Learning and Lynda.com. She lives in Pittsburgh.

Jeffrey Davis
June 25, 2018 01:08 PM
As a soft skills facilitator I appreciate this timely article. As a corporate guy in my earlier life I totally relate to not listening and missing the point
I find in my trainging some type of communication skills is the number one requested training for incumbent workers