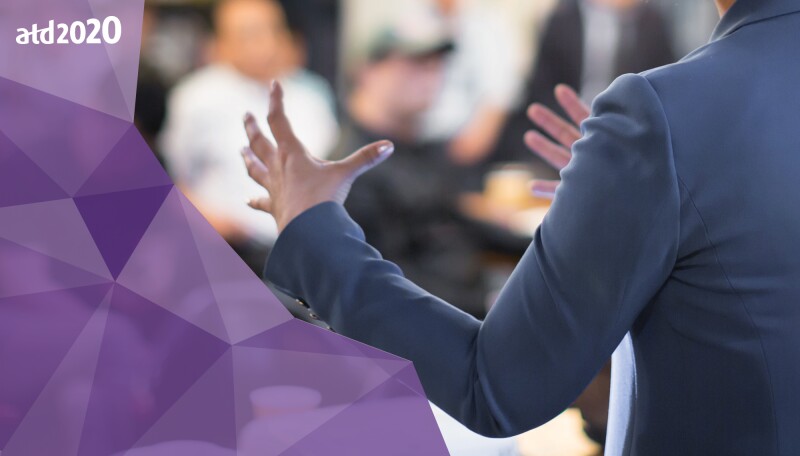 You are ushered into a semi-dark room, the screen before you glows ominously, and you can feel your shoulders slump involuntarily as you shuffle sideways to your seat. The first slide is produced with multiple rows of tiny text and followed by a complex diagram with color that is burned onto your retina. Bullet point by bullet point, you slowly begin to succumb to “death by PowerPoint.”

This scenario is reproduced daily in boardrooms, training rooms, and conferences across Australia. At best, it is annoying and may induce prolonged somnolence; at worst, it causes cognitive overload and reduces information retention.

PowerPoint was introduced as part of the Microsoft Office package more than 21 years ago, and it revolutionized the way presentations are delivered. We no longer need the handwritten overheads or to spend up to eight dollars per slide to have them professionally produced. PowerPoint provides us the software to quickly and easily prepare our own slides with the only cost being our time.

Slowly, slide by slide, PowerPoint took over our presentations and changed the way we communicate. These days when you ask someone to give a talk, the first thing they do is open their laptop and start punching away at slides. But is using PowerPoint the best way to communicate our messages?

Edward Tufte, an American statistician and Professor Emeritus of statistics, information design, interface design, and political economy at Yale University, was one of the first people to openly criticize PowerPoint. In his article “The Cognitive Style of PowerPoint: Pitching Out Corrupts Within,” Tufte states that “Slideware often reduces the analytical quality of presentations” and that “Popular PowerPoint templates usually weaken verbal and spatial reasoning.” He goes on to criticize the PowerPoint presentations by NASA engineers, suggesting that their ambiguity contributed to the events that led to the Columbia disaster.

Professor John Sweller from University of New South Wales conducted his own research. He quizzed students after talking to them about a particular subject; he then repeated the experiment via text on a PowerPoint slide and found that the subjects achieved a lower score. He concluded that showing text on a screen and talking to the audience simultaneously produces cognitive overload, stating that “The use of PowerPoint has been a disaster. It should be ditched.”

So where does that leave us? Do we ban PowerPoint presentations altogether as Scott McNealy, the chairman of Sun Microsystems, famously did in 1997?

Despite the negatives, PowerPoint does have its supporters. Other schools of thought suggest it is the user and not the tool that is the problem. Richard E. Mayer, professor of psychology at the University of California, suggests that the use of PowerPoint with pictures can be effective as people learn better from words and pictures than from words alone. In his book Beyond Bullet Points (published by Microsoft Press), Cliff Atkinson states his belief in the power of stories and the applications of a three-step process: script, storyboard, and production. He says that you can go beyond bullet points and produce engaging and memorable presentations.

Lucy Thompson, a Microsoft Office specialist master instructor, says the problem lies in the fact that we try to make PowerPoint be all things to all people. “The slides are used as a teleprompter, a visual aid as well as a handout. A lot of problems would be rectified by using PowerPoint as a visual tool only, providing a handout and creating your own notes as a prompt for your presentation.”

From my experience facilitating workshops about presenting with PowerPoint, I find that there are two main challenges. The first challenge is that people fear presenting and because they are not confident in their material, they use PowerPoint as a teleprompter or crutch. The second challenge is information overload. This occurs when presenters don’t know what is important, so they put everything up on the slide to cover all bases.

These problems can be overcome by getting back to basics and following simple steps.

10 Ways to Beat PowerPoint Into Submission

Start with the basics:

1. Set Your Objectives: What do you want your audience to do say think or feel as a result of this presentation?

2. Research Your Audience: What is it they need or want to know about this topic?

3. Develop Your Topic: Use mind mapping to flesh out your topic. Delete everything that is not relevant to your objective or audience.

4. Structure Your Presentation: Develop an introduction, cover three main points in the body, and conclude with a summary and a call to action.

5. Decide the Best Way to Deliver Your Message: Do I need to use PowerPoint? Would a workshop, discussion, or role-play work best?

Then focus on your delivery:

6. Stories Sell, Facts Tell: Include anecdotes, metaphors, and stories so people can visualize your message.

7. Reduce Text: Never use text when a graph or photo will do.

8. Reduce Slides: With every slide, ask yourself “Is this adding to or detracting from my message?”

10. Use the “B” key frequently. By blacking out the screen you bring, the focus back onto you and the audience, which encourages interaction and reflection.

So, be brave. Get your PowerPoint slides back to what they should be—a visual tool only. Step out from behind the screen, take a big breath, smile and engage your audience. After all, they have come to see you the speaker, not the PowerPoint computer show.

For a deeper dive, check out my session at the ATD 2020 International Conference & EXPO.

Editor’s note: This post is adapted from an article on the Persuasive Presentations blog.

About the Author
Sharon Ferrier

Sharon Ferrier is founder and owner at Persuasive Presentations. She has a knack for making the complex simple, and believes that ‘passionate people persuade’ and that to make your message stick, you need to balance information with delivery style.

Sharon’s background is in sales and marketing and along the way has studied business administration, marketing, management, journalism as well as more eclectic skills including comedy, improvisation and the art of persuasion. As an award winning international speaker and salesperson, she uses her skills to help people become persuasive and influential communicators. Sharon inspires and leads individuals and organizations from a diverse range of industries across Australia and overseas.

3 Comments
Sign In to Post a Comment
Sign In
OT
Olga Tymoshenko
April 23, 2020 07:17 AM
Wonderful insights on workforce training. Let me also share something useful. Recently Rallyware made great research on distributed workforce training during the pandemic. - https://www.rallyware.com/blog/promising-results-for-distributed-workforces
Sorry! Something went wrong on our end. Please try again later.

Yo-Zon Elliott
April 09, 2020 07:04 PM
This is so true. PPT can become so boring and needless. I now use the 20X20 rule. No more than 20 slides and each slide is 20 seconds and they are all timed. I found this one day searching - how to get out of PowerPoint hell?
The focus for me has been amazing to the fact that it forces me to be short and to the point. It also forces me to use fewer words and ensure I stay focused on the topic. It has also worked very well in doing virtual training.