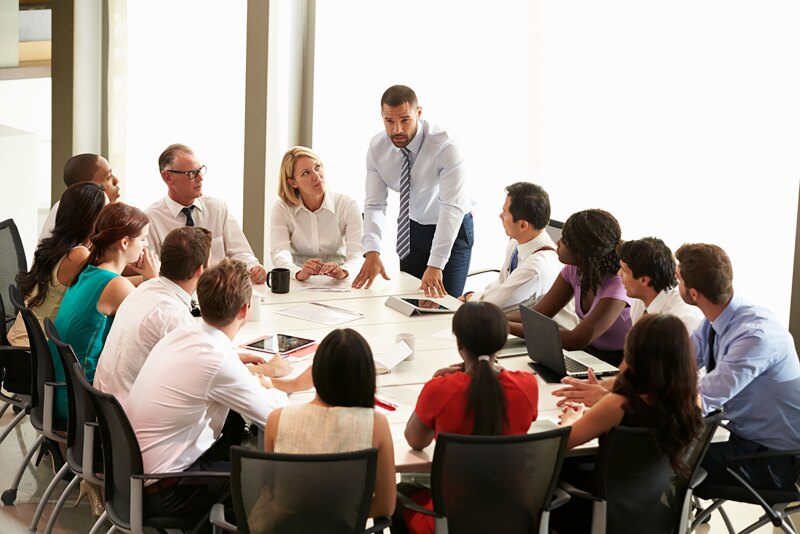 Fake Leadership: Being a Ruler Is Not Being a Leader

“Doesn’t mind embarrassing others to make sure everyone knows he’s in charge.”

The answer, written on the back of an oversized index card, was followed by four additional bullet points, each equally condemning. I had no way of knowing who wrote it, which was by design. Before passing out the index cards to the audience—150 middle managers of a large power company who were attending my keynote on the essentials of leadership—I specified that no one write their name, so that participants felt comfortable answering the question honestly. That question being asked of them was “What do you wish your boss understood about their own leadership?”

In truth, it really doesn’t matter whose card it was; by the time you reach middle management, you’ve worked for at least one lousy leader. The damage such a leader causes is real and costly. Few people work harder, smarter, and better when working under an oppressive leader. Quite the opposite. The worse a leader treats people, the worse the results will eventually be.

In my new book, The Leadership Killer, co-authored with retired Navy SEAL Captain John “Coach” Havlik, we explore the single most lethal leadership characteristic: hubris. It is the prime instigator of other progress-stunting leadership behaviors such as closed-mindedness, inflexibility, and intimidation. The simplest definition of hubris is dangerous overconfidence, which may make it sound more harmless than it is. The original Greek definition of the word had to do with an abuser gaining pleasure out of humiliating a victim. Doesn’t mind embarrassing others . . .

Leadership, in its purest and most noble form, should be about bettering the lives of those being led. The leaders we most admire leave us better off than they found us. In other words, the best leaders have our interests at heart. Hubris changes the equation, upending the central service focus of leadership. When a leader is all about the aggrandizement, gratification, and protection of their own interests, hubris is doing its damage. Before long, the people being led become misled, and the leader becomes more interested in acquiring more power for themselves. Hubris is a bitter form of ego-inflated selfishness. This isn’t leadership, it’s rulership.

Hubristic leadership is sadly common. Pick up a national newspaper on any given day and there’s likely a featured headline about some damaging leadership failure. Just a tiny sample of examples include Travis Kalanick, the ex-CEO of Uber, who was forced out after an avalanche of sexual harassment claims; John Stumpf, ex-CEO of Wells Fargo, who was forced to retire after he was perceived as blaming 5,300 employees for opening millions of credit card and deposit accounts without permission; and Elizabeth Holmes, ex-CEO of Theranos, whose gross deceptions contributed to the dissolution of the once-promising company.

Hubristic leadership is fake leadership. So what does it look like? How can you tell when you’re working for a ruler and not a leader? More importantly, what are the signs that you, yourself, may be becoming a fake leader? Below are some of the most common characteristics of fake leaders that Coach Havlik and I have noticed in our work with military and corporate leaders. To assess whether leadership is fake, note each item that applies:

The whole point of leadership is to use all your goodness and influence to bring out the goodness and leadership in others. Coach Havlik and I call this “thriving leadership,” and it’s founded on a blend of authentic inner confidence and genuine humility shown by the leader. People want to be led by a leader who remembers that before they achieved their rank or stature, they too were a follower; a leader who hasn’t lost sight of the fact that they came from us. People want to know that the leader will honor their duty to serve, and will never put their own needs above their team’s or the mission. Unlike a hubristic, fake leadership approach (that ultimately kills morale and performance), thriving leadership adds meaning and fulfillment to those being led, improving their performance. When leadership is thriving, people welcome challenges as opportunities to step up to a higher game, develop new skills and competencies, and rally together.

The key to thriving leadership is to leaven confidence with humility. To keep your leadership thriving, we offer these tips for putting humility to work:

Ask Questions: Asking questions is the best way to show that you don’t have all the answers, which others will appreciate. Don’t be afraid to ask questions that might reveal your ignorance about a subject.

Show Your Warts: Don’t pretend to be perfect, because you’re not. People want to be led by leaders who are seasoned and scarred, because that’s how wisdom is gained. Let people know about the mistakes you’ve made and the “do-overs” you wish you could have. It helps them feel less awkward knowing that even leaders sometimes screw up.

Surround Yourself With People Who Are Smarter Than You: The point isn’t to outshine your direct reports. It’s to help bring out the best in them in the service of the mission. Steve Jobs once said, “It doesn’t make sense to hire smart people and then tell them what to do; we hire smart people so they can tell us what to do.”

Spend Time With People You Outrank: The folks closest to the work need to know you’re not out of touch with the realities and challenges of the work. Drawing on his Navy SEAL days, Coach Havlik calls this “walking the deck plates.” You’ll gain invaluable insights and ideas that will strengthen your leadership influence and make you smarter about the actual (and not perceived) workings of your organization.

Open Yourself Up to Feedback: How will you ever know if you’re a good leader if you don’t get feedback from the people you’re leading? If your organization has a 360-degree feedback process, ask to go through it. If not, send an email to your boss, a few peers, and all your direct reports asking them three things: What do they see as your leadership strengths? What suggestions do they have for improving your leadership? What resources can they recommend to leverage your strengths and help improve your leadership?

Say “Thank You” Sincerely and Often: Leaders need followers more than followers need leaders. Why? Because they’re the ones doing the real work, and when they are successful, you will be too. So say “thank you” generously, sincerely, and often.

Leadership really comes down to a choice: Do you want to lead or do you want to rule? It’s a choice between genuine leadership and fake leadership. It may help to ask yourself: Am I the kind of leader I would like to follow? Chances are, if you can answer with an enthusiastic “Yes!” you’re a thriving leader. If not, you may want to get real and spend more time focusing on those you lead. 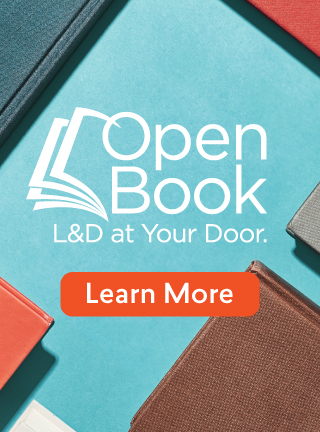 About the Author
Bill Treasurer

Bill Treasurer is the chief encouragement officer (CEO) of Giant Leap Consulting, a courage-building company. For more than two decades, Bill has traveled the world working with thousands of executives to strengthen their leadership impact. He is the author of the international bestseller, Courage Goes to Work and Courageous Leadership. His newest book is Leaders Open Doors (ASTD Press).

Josh Pavek, CPTD
January 04, 2019 03:56 PM
Great insight and wisdom. Thank you very much for sharing!
Sorry! Something went wrong on our end. Please try again later.
KM
Keith McGregor
December 31, 2018 06:07 PM
Hi Bill,
As an organisational psychologist I agree 100% with your message about leadership. In my training I focus on the likes of David Marquet and his 'leader leader' model based on growing the skills and motivation of people and being judged as a leader on what happens after you move on. And yet I remain baffled by the ascendancy of leaders who literally tick every bullet-point in your list of fake leadership - both in industry and politics. What am I missing?