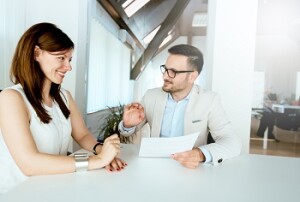 Many teams have established core values or rules of engagement that provide guidance for effective participation among people who meet regularly. The practice of giving and receiving feedback should become one of those core values, or participants will remain silent. Without established rules of engagement for feedback, gossip and cliques will prevail, further undermining trust in the group.

The Introduction of a Process Observer in Critical Meetings

One way to ensure that feedback is a core value in your group is to invite a process observer to help your team assess their current level of trust and feedback sharing.

The first step is to elect a trusted and highly respected individual to act as a process observer for a given period of time—for example, six months. Rules of engagement can be established in an hour or so. They are behaviors agreed to by the group to ensure that the group is committed to following a set of behavioral rules or norms whenever they meet. Most groups won’t need more than a few simple guidelines. Here are some examples of rules of engagement:

Rule one: We are committed to listening to one another’s ideas without interruption or talking over the speaker. The process observer participates normally in any discussion, but is committed to stopping the group when a rule of engagement has been breached—for example, if someone interrupts another person in the middle of their thought, or if a group starts talking all at once. The process observer states the infraction and moves to correct the issue, restating the ground rule. Then they let the conversation continue. This is not a time for debate. Rather, the process observer works like a referee in a game, stopping the action and calling foul. To not call a foul will simply encourage its use in the future.

Rule two: People come to gatherings on time and prepared. If this is not the case, the process observer notes the fact and opens a brief discussion as to whether that reality should change the agenda and what is to occur in the meeting. In some cases, the group will agree to end the meeting, reschedule for a better time, or take action (individually or as a team) to ensure that each person arrives sufficiently prepared (and has the information they need to do so).

Rule three: Follow-up actions from the previous meeting are honored. It has been long proven that one of the most demoralizing occurrences among a team or working group is when commitments are not kept. Even worse is when they aren’t acknowledged and people are not held accountable. Consistency is the key. Once established, members will drive to keep this rule, because it benefits everyone, on both sides of any commitment.

Rule four: When, in the heat of a discussion, people are verbally disrespected, it is briefly noted and discussed. Without real-time accountability in relation to how people treat one another, trust will rapidly wither. Initially, the process observer is given permission to call such behaviors when they occur. Eventually it will be expected that other members feel obliged to identify when a rule of engagement has been broken. The process observer is the legitimate catalyst, but shared accountability within the group is the goal.

One can easily understand why the group has to agree on the rules of engagement and why selecting a process observer of both skill and integrity can be an essential first step.

The process observer has one other function. They are responsible for ensuring that any meeting lasting an hour or more has a built-in feedback review at the end of at least 15 minutes. In a fast-paced world, it is rare that such group accountability occurs. In its simplest form, a feedback review would answer two questions:

A long discussion does not have to ensue. The feedback review is about identifying the roadblocks to high performance and identifying issues of process or behaviors of individuals that did not add positively to the meeting. Here is where the process observer manages the feedback, checks out the experience of other members, and takes responsibility for follow-up action during subsequent meetings.
If, for some reason, there is no time at the end of the meeting, the two questions can be answered anonymously in writing, collected by the process observer, organized, and presented back at the next meeting, with any changes people believed were necessary to improve that session. Five or 10 minutes should suffice to set an effective tone and platform for the meeting waiting to be conducted.

At the end of an agreed-upon time period, another person is elected to the process observer role. For some period both the new and old process observers work together, until the new person feels more accustomed to the role.

The most effective feedback comes in real time among people committed to living their values all the time. Sometimes issues arise that demand deeper exploration. This assumes that the group believes sufficiently in the integrity of the feedback process to take the time to resolve the kinds of issues that can sabotage the group if not addressed. An organization or team without such a commitment to hear and deal with what blocks their effectiveness will never have a culture of feedback and will never reach its true potential. A culture that supports feedback is one that supports both personal development and team and organizational growth.

About the Author
Rod Napier

Rod Napier has taught in the University of Pennsylvania’s graduate program of organizational dynamics for more than a decade. He is a teaching fellow of the Wharton Business School.