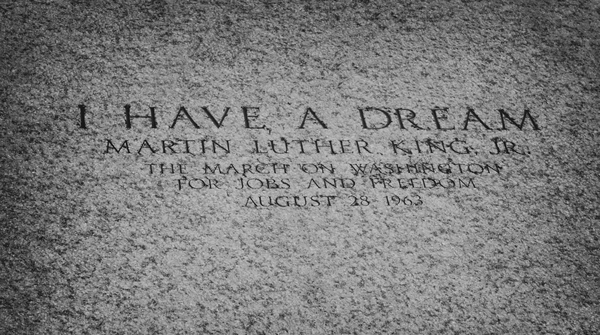 A half-century ago, the Reverend Martin Luther King painted a compelling vision of his goals for improving education, employment, and equal treatment for all during the 1963 March on Washington for Jobs and Freedom. President Obama, as our first African-American president—a milestone that was unimaginable in 1963— stated at a recent town hall meeting at Binghamton University in New York that great progress has been made in many areas since that time. “I’m a testament to it,” he stated, while acknowledging that there still need for improvement.

There are many areas in which we have fallen short of the vision that Dr. King outlined in his inspiring “I Have a Dream” speech. While overt discrimination is no longer legal, as it was during the Jim Crow era, there is still inequality—unemployment and poverty among black Americans is twice the rate of white Americans, as reported in the New York Times; and black students are still more likely to attend schools that are largely segregated.

Modest signs of progress from the U.S. Census Bureau include that 85 percent of black Americans graduated from high school in 2012, compared with 25.7 percent in 1964, and 5.1 million now have at least a bachelor’s degree, compared with 365,000 that year. The Census also reported that black Americans working in executive, administrative, or managerial positions rose to more than eight percent from one percent in 1960. Yet, there has been a notable lack of diversity progress in the C-suite for non-white men and women.

Poverty was another ongoing concern that Dr. King often addressed, but income inequality in this country is increasing. A study that came out in August from the Congressional Budget Office found that income has become heavily concentrated toward the top earners. Americans in the bottom fifth saw increases of less than 20 percent over nearly three decades, while the top fifth of earners enjoyed a cash flow increase of 65 percent—and the top one percent has experienced income growth by a startling 275 percent.

As an indicator of how much has changed in this country, the five racial categories the U.S. Census uses (white; black; American Indian or Alaska Native; Asian; Alaska Native Mixed or other Pacific Islander) arguably are no longer relevant, as multi-racial  Americans are a fast growing group. Indeed, some say we are transforming into a hybrid America. But the history of discrimination continues to shape perceptions and access to opportunities.

Today, we look at diversity from a broader lens than just race or gender. Diversity and inclusion (D&I) efforts in organizations aim to create an environment in which all people—people of different ethnicities, cultural backgrounds, sexual orientation and identity, and gender—can have a voice at the table, be heard, and fully contribute. When organizations create an inclusive environment, employees are more engaged and innovation is fostered as different points of view can challenge the status quo.

Many factors, including unconscious bias, history, fear of change, exclusions from key networks, and other dynamics continue to block full equality and participation. Dr. King was passionate and compelling in his call for equal opportunity. “Now is the time to lift our nation from the quicksand of injustice to the solid rock of brotherhood,” he implored at the 1963 March, when some 250,000 people gathered in front of the Lincoln Memorial.

Where do you see progress today? Where are we stalled in terms of diversity and inclusion?

Check back for more posts next month on D&I, and read Marjorie’s article, “The Competitive Advantage of Diverse Perspectives” in the August issue of T+D. For more on diversity and inclusion (D&I), check out the full blog series here.