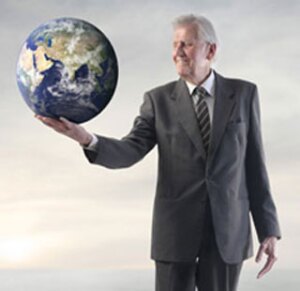 When managers approach new challenges, the natural tendency is to focus on acquiring skills in order to succeed and avoid damaging mistakes. After all, our peers and managers judge us by our ability to perform, and no one wants to look incompetent in front of their peers.

Therefore, it will come as a surprise to many leaders that a lack of ability or skill is not your biggest risk. In fact, people are often forgiving of mistakes, provided that errors are acknowledged and addressed. However, the types of mistakes that truly damage a leader’s career relate to a lack of integrity, for which most people are resolutely unforgiving.

In their article, “Understanding Threats to Leader Trustworthiness: Why It’s Better to Be Called ‘Incompetent’ than ‘Immoral,’” Kimberly D. Elsbach and Steven C. Currall compare two instances in which college football coaches were judged for their trustworthiness.

In 2009, Texas Tech University head football coach Mike Leach was regarded highly among students and athletes. In all of his ten years at the helm, Coach Leach consistently led his team to bowl games and had achieved the most career victories of any coach at the university.[i]  Nevertheless, when allegations arose that Coach Leach was mistreating players in a way that some described as inhumane, he was suddenly out of a job.

Five years earlier, in 2004, Colorado University football coach Gary Barnett found himself in an unfortunate position when it was discovered that members of his team had sexually assaulted female students on campus.  After several months of paid administrative leave, a state investigative panel cleared Coach Barnett of responsibility and the University’s president reinstated him. According to the New York Times, “The panel's report said there was no evidence that Barnett approved of the practice, but it criticized him for his lax oversight of recruiting.[ii]”

Elsbach and Currall point out that while Coach Leach was perceived as highly competent; he was also viewed as ‘unethical,’ ‘arrogant,’ and ‘insubordinate.’ However, Coach Barnett was accused of being ‘stupid’ and making ‘poor decisions,’ but was not seen as unethical.[iii] He therefore kept his job, despite the terrible circumstances.

Additional insights from Elsbach and Currall:

The most significant lesson from Elsbach and Currall’s research is that leaders  need to monitor how decisions and events are perceived, both within a company and externally. When mistakes occur, swift, accurate, and clear communication is essential to remove suspicion and establish confidence. That said, I identified three types of events that leaders will want to monitor closely:


Although the business world, not unlike the world of sports, focuses heavily on competency and success achieved through hard work, it turns out that a lack of integrity, whether real or perceived, is the true death knell of any leader’s career.

Put differently, in the words of Elsbach and Currall, “If given a choice, our framework suggests it is better to be called incompetent than immoral.”

About the Author
Kellie Cummings

Kellie Cummings is a writer specializing in trust, communication, and the science of well-being. She holds a master’s degree in applied positive psychology from the University of Pennsylvania and has won a variety of awards, including the Platinum MarCom Award for her communication leadership during the financial crisis. She currently teaches as a lecturer at Johns Hopkins University. Follow her on Twitter (@kellcummings) or visit her website: www.kelliecummings.com.