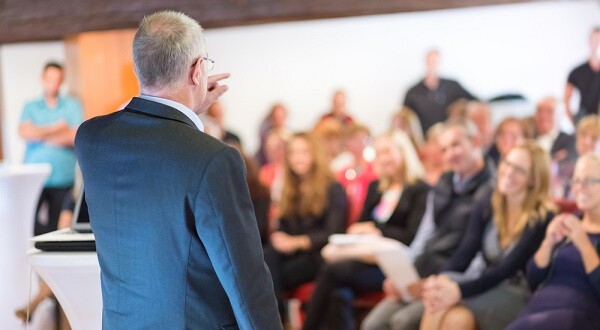 Not too long ago, I watched the HBO TV miniseries The Pacific, produced by Tom Hanks. It’s a companion piece to the widely acclaimed Band of Brothers. Both are moving and graphic accounts of the lives of the soldiers who fought and died protecting our freedoms in World War II.

Watching these true stories of a fast-disappearing generation of heroes reminded me of a concept my father often talked about: foxhole buddies. These, he used to say, are friends you make for life as a result of a shared significant emotional experience.

At the end of each episode of The Pacific were short interviews with the men portrayed in the series. Hearing them speak about their comrades brought home the power of human bonds borne out of a shared significant emotional experience. Many of those men stayed friends for the rest of their lives, even though they were from widely different social and economic backgrounds and regions of the United States.

As I consult with senior executive teams on alignment and strategy execution, I often step back and watch how they interact and relate with one another. As I observe them in meetings and working on business challenges together, I rarely find many foxhole buddies. Too often, they approach each other with invisible protective shields, careful not to let their emotions out or let the other person get too close. And occasionally, when the interactions are heated and emotions erupt, there is a sense of embarrassment and then an awkward effort to bring things back to the rational and analytical ground they are comfortable with.

Business is not always rational, and not all issues can be solved with reason and logic! Business is emotional. Business is physical. It is hard work; it is sweaty and tedious, fast paced and sometimes even scary. Many of us in executive positions are deeply disturbed by the prospects for the global economy and for our own future well-being. It’s tough work building and guiding a company—we’re not unlike frightened soldiers advancing through a minefield, trying to find safe passage.

At a client engagement, I made a foxhole buddy during a senior leadership team off-site meeting. One of the senior program managers in this large aerospace and defense firm was extremely bright and capable; but he was also extremely critical of, and condescending toward, his subordinates and peers. As one employee volunteered, “When Dick walks down the hall, he leaves dead bodies littered behind him!”

As the team was coming together to find common ground for a team agenda, Dick was the naysayer, the outspoken devil’s advocate, challenging everything said, and not always in a constructive way or with positive outcomes.

Finally, I walked over to Dick and said, “Would you like some appreciative and constructive feedback?” He knew he was trapped and said yes.

“What I appreciate about you is your quick mind and your willingness to challenge ideas in order to find the best solution,” I said. Naturally he puffed up with pride.

I continued: “And, I believe you could be even more effective if you realized that you terrify your subordinates into not speaking up and you leave dead bodies all around when you engage with people.” Well, you can imagine his response. Total denial and a barrage of examples to prove me wrong. I nodded, looked him in the eye, and said, “Think about it.”

Two weeks later, Dick and I had a great private conversation. Like a true leader, he had thought about it, asked for input from his peers and a few subordinates, and realized the truth. He was a great thinker, an exceptional engineer, and a bully. Dick and I became foxhole buddies because he stuck it out and arrived at a valuable insight that would help him become the very successful CEO of several large organizations.

Dick is now retired, but I know I could call on him for just about anything. That’s the gift of foxhole buddies.

About the Author
John Childress

John R. Childress is a pioneer in the field of strategy execution, culture change, executive leadership and organization effectiveness, author of several books and numerous articles on leadership teams. He is an effective public speaker and workshop facilitator for Boards and senior executive teams. Learn more at www.johnrchildress.com.