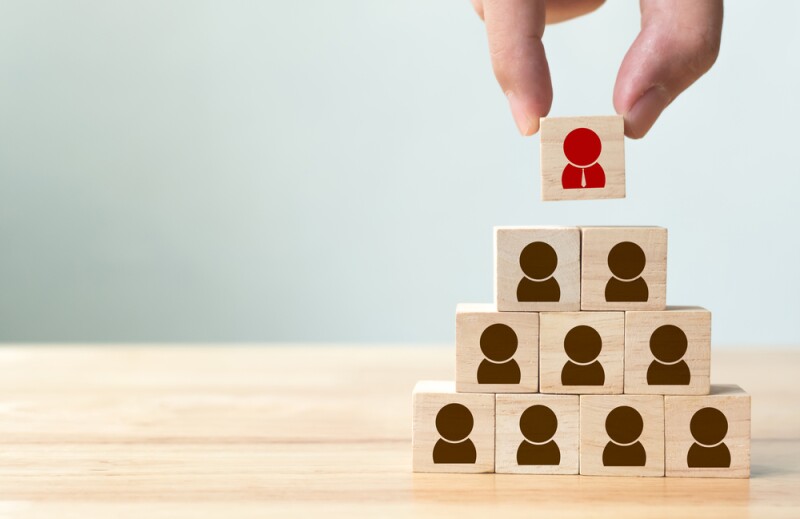 Getting a Head Start on Succession Planning

What would happen if your chief marketing officer decided to leave your company tomorrow? Would your company be prepared to fill the role quickly? Without a succession plan in place, your company may have a hard time identifying a suitable internal candidate for CMO—and might have to hire externally.

The workforce is no stranger to this. In 2017, 74 percent of publicly reported CMO appointments were external hires, indicating what one former CMO referenced as “a crisis in succession planning.” It’s not only CMOs that are tough to replace; empty spots in various senior leadership roles are difficult to fill.

There’s no avoiding the fact that employees, including senior executives, move on to other positions or retire. Turning a blind eye to these factors won’t make this any less true. Your company needs succession planning, and you need to start earlier rather than later. If you start implementing a succession plan when someone announces they’re leaving, it’s already too late.

Here’s how to get ahead of succession planning to help secure a path forward for your employees and your company.

When and How to Start Succession Planning

Once in place, a succession plan should be constantly evolving, up-to-date, and clear to all team members, rather than a hidden process that only leadership knows about. More importantly, succession planning is an ongoing process. If it had an end date, it would become stale and irrelevant.

It is critical to make succession planning routine rather than a singular instance, and it should involve employees of all levels across all departments. It’s also important to offer transparency during the process, to avoid the risk that your staff may misinterpret succession planning as a precursor to their dismissal.

Here are some tips to make succession planning an ongoing, collaborative effort at your company, rather than a concealed procedure:

When it comes to succession planning, start with the company’s highest-impact positions and work downward. For instance, start with your CEO and move down your business’ hierarchy to executive officers and senior leadership roles like the CMO, CFO, and other important positions.

CEO Succession Planning
It’s risky to skip a succession plan for your CEO. A 2015 study of the world’s 2,500 largest public companies concluded that large companies who underwent “forced successions” (in which the board fired or forced out a CEO) could have generated an average of $112 billion more in market value, in the year before and the year after their turnover, if their CEO succession had been planned.

By contrast, the top-performing companies in the study had planned successions 79 percent of the time, and hired 79 percent of their CEOs internally. These numbers reflect why internal talent development is essential.

Even if your Board of Directors wants your current CEO in place for the next 20 years, outside factors, such as illness or personal circumstances, can cause a person to be gone in a heartbeat. The responsibility for choosing the next CEO rests with the board, not with the incumbent CEO. To help prevent roadblocks, your board members should always have a succession plan that includes the names of people who could lead the company at any time, if necessary.

When outlining the succession plan for your CEO or other C-suite positions, board members should also keep in mind:

Succession planning for CEOs takes years, not months. That’s why you can’t wait until a CEO announces their retirement to consider their replacement.

Other Senior Leadership Positions
While CEOs are important for your company’s success, succession planning for other executives shouldn’t be neglected.

Each C-suite position should have a succession plan, because depending on your industry or company size, the sudden departure of your CFO, CMO, or CTO can be almost as disruptive as the CEO leaving. The intellectual property that leaves with high-level employees, in addition to the skills gaps and learning curve after their departure, can cause a company’s growth to stall or even come to a grinding halt.

A succession plan helps you plug these holes quickly and effectively, to stop the ship from sinking. Succession planning for C-level positions reduces the amount of time spent onboarding a candidate, and helps to ensure the candidate has the skill set to be successful.

Positions That Are Difficult to Fill
From specialized positions to roles that require highly technical work, jobs at any level in an organization can benefit from a succession plan. Although there is a tendency to focus on senior leadership, it’s beneficial to consider other important roles in your company—especially if there’s currently only one person that fills a certain role, or holds specific knowledge and skills.

Pre-Planning Stages of a Succession Plan

Before you start a succession plan for each key position at your company, take a step back and consider your team as a whole, your company’s current standing, and your opportunities for future growth. This big picture thinking will help you determine which roles need a succession plan, where to start, and who should be involved — with the goal to successfully craft a succession planning process for all key roles across the company.

Consider the following best practices as you begin developing your company’s process for succession planning:

Develop talent internally. Integrate your executive development programs with CEO succession planning. This will help your Board of Directors highlight potential internal candidates who could be CEO successors. Prioritize employee learning and development from the frontline up to C-suite positions. This creates a path for entry-level employees to be promoted to management, and for managers to be promoted to senior leadership positions.

Use succession planning to fill skill gaps. A well-crafted succession plan can identify a missing skill or skill set that a successor will need. Your company can groom potential candidates with these necessary skills to help fill the gap.

Succession planning often falls by the wayside, passed off as a business matter to deal with only if it becomes necessary. In reality, few things are as important as planning for the future health and leadership of your company. Don’t wait until an irreplaceable employee’s departure prompts you to create a succession plan—start your succession planning today to stay ahead.

About the Author
Chris Lennon

Chris Lennon is vice president of product management at BirdDogHR. Chris is an active participant in the talent management community bringing over 18 years of experience to BirdDogHR. He has presented at numerous industry events and has been quoted as an industry expert in leading publications like Talent Management magazine, CLO magazine, New Talent Times, TLNT, and HR Bartender.