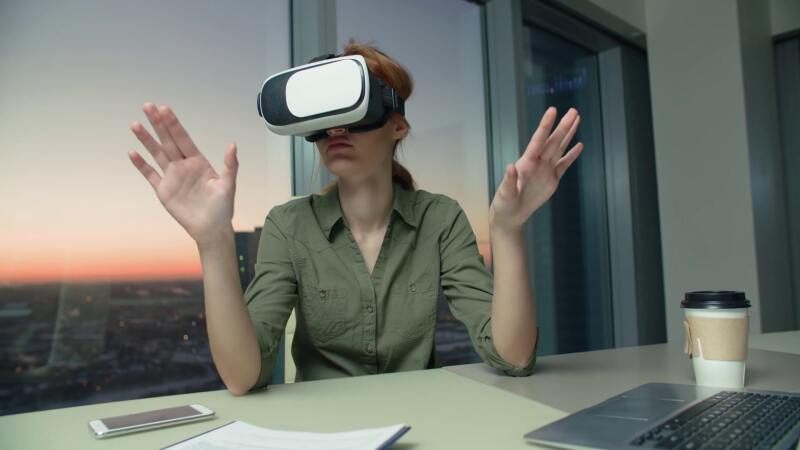 Getting Real With Augmented Reality

Sheri is a first-year resident making her first incision on a cadaver. Charles is an apprentice technician setting up his first wireless room. What do they have in common with each other and with a haute couture fashion designer creating her first exclusive dress? What about an engineering student laying fiber to a home? All of these budding professionals see things they can’t actually see through the wonder of augmented reality (AR).

Using AR, Sheri is able to “see” the organs, circulatory system, and bone structures to make a safe and efficient incision. Charles views the wireless waves using AR to place a device in the optimum location providing the most coverage. A fashion designer modifies her dress using AR to create the best fit and style before she sends it to the client, and an engineering student views the electrical and plumbing underground so he can lay the fiber without damaging any existing infrastructure.

How Did We Get Here?

Many pundits believed that Google Glass would revolutionize the way we communicate when it launched in 2012, but its initial failure, due to user acceptance and privacy concerns, led to the reincarnation of AR. Google Glass's big risk in taking on AR stimulated the market, resulting in many of the big players investing in the multiple-billion-dollar sector.

The release of Apple’s AR Kit and Google’s AR Core expanded the potential AR customer base exponentially by offering platforms that work without glasses. Over 3 billion devices use Android and/or Apple’s IOS. Top technical, marketing, and visionary talents migrated to these platforms in droves.

Think about this: If you left your tablet at home, would you drive back through traffic to get it? What about your phone? Creating applications that run with the one device you will never leave home without is smart development. Paul Brown of the Evening Standard conservatively estimates the AR industry is worth between $30 and $160 billion.

Predictions for the Future

For AR, 2019 will be the year of adoption, and by 2021 it will be ubiquitous. Which industries will adopt it first? Entertainment is a no-brainer. Think Pokémon GO or one of its derivative applications. Pokémon GO has generated $1.8 billion in revenue since its launch on July 6, 2016. Ad agencies are always looking at channels to help their clients sell their services. Right now, Facebook users are able to test out some products from the comfort of their home via advertisements that show up in their feeds. What is possible as these channels multiply and integrate into our real lives? Peek at this six-minute video to see a "hyper-real" vision of the future created by designer and filmmaker Keiichi Matsuda. A YouTube commenter dubs the vision "uncomfortable," perhaps because the augmentations to real life feel overwhelming.

Occupations in fields like healthcare, the military, and nuclear power clearly benefit from the element of safety that AR developments provide. AR is a new way to access information, such as patient data or training, in the moment, while filtering algorithms prevent information overload—which helps military personnel focus on operations in fast-paced environments, for example.

AR provides a layer of information on top of what's available to us as consumers, learners, and professionals in real life. At the same time, the technology and data we use to augment reality are influenced by the human component, getting smarter by detecting and adapting to emotions. As reality becomes hyper-real, it is helpful to be aware of the ways we are already adopting and adapting to it. How will you get real about AR before it surrounds you everywhere and all the time?

Join me at ATD TechKnowledge 2019 for the session, Propel Productivity With Augmented Reality in Learning: Why It Works. We will explore where AR can enhance an existing learning program and how to develop a plan for incorporating AR solutions into your L&D strategy.

About the Author
Doug Stephen

Doug Stephen, who joined CGS in 1998 and leads the enterprise Learning and Channel divisions, has more than 20 years’ of industry experience. He and his team created one of the first software as a service (SaaS) platforms dedicated to providing hosted learning systems to Fortune 500 companies. Mr. Stephen helped conceptualize, design and implement one of the largest virtual business communities supporting over 10,000 business partners, which resulted in the Gold Brandon Hall Award for Excellence. The CGS Learning team offers robust, agile, multi-touch, multi-approach programs that integrate across platforms, technologies and learning styles to help drive employee performance and business initiatives.

Mr. Stephen is well-known in the industry, having written articles and been quoted for such publications as CLO, TrainIndustry.com, Huffington Post and Retail Touchpoints.