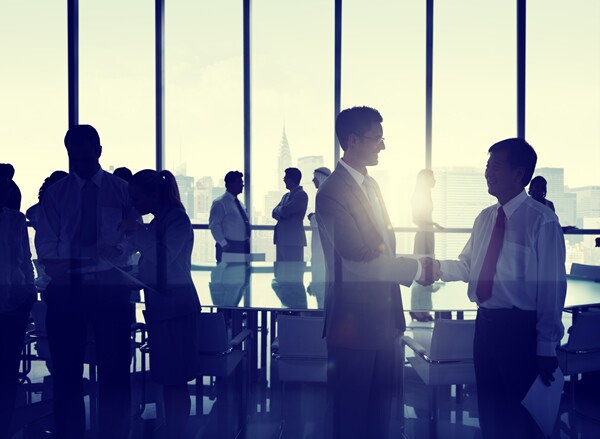 Global expansion is now an important goal for many companies worldwide. With globalization, however, comes a set of challenges. One important one: How do we as talent management professionals recruit, develop, engage, and reward a workforce in multiple countries?

DDI recently published a study called the Global Leadership Forecast 2014|2015, which sampled 383 multinational companies (MNCs) from 48 countries. About 3,000 company leaders and 370 HR professionals responded. Here we share two of the many significant findings from the study.

One critical question we tried to answer is, “What were the major barriers to developing leaders on a global basis?”

The question is significant because only 18 percent of the MNCs in the sample believed they had a strong leadership pipeline to meet their future business challenges. Figure 1 shows the top five challenges; an inconsistent approach to leadership development tops the list, with an unskilled or inexperienced team coming in a distant second. 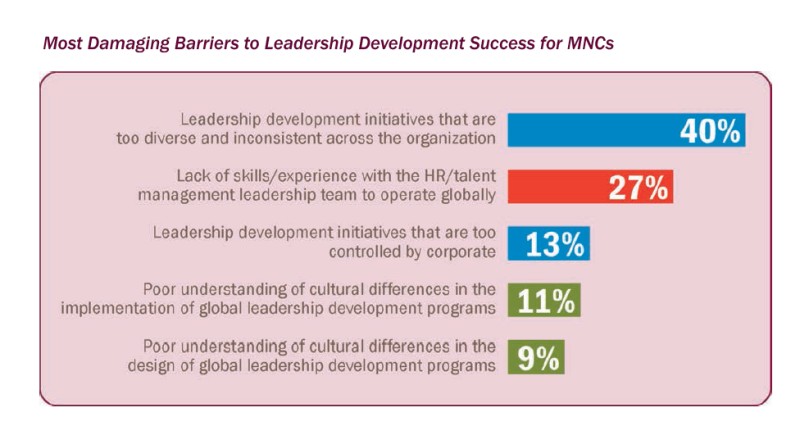 Many MNCs aspire to have a strong, uniform corporate culture. Others care deeply about the ability to move top leadership talent around the world. A “do your own thing” approach to developing leaders can interfere with both of these objectives. We are not saying that leadership development efforts should ignore cultural norms or specific needs. Rather, it is a question of balance. For example, some of our Asian clients are looking for ways to accelerate leadership time to performance given their rapid growth. Consequently, they have developed special programs to do so. 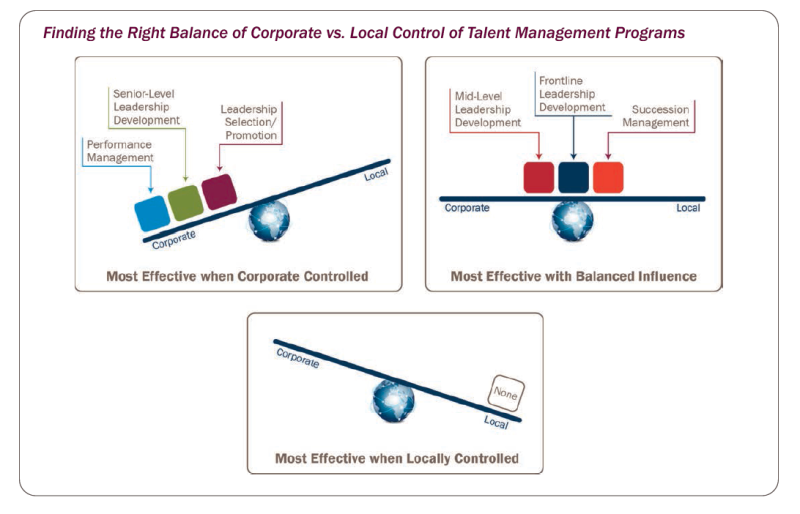 For these initiatives, deviating too far from a uniform set of talent practices is linked to negative consequences. It’s important to note that even in these situations, local influence serves a vital role by reducing the risk of an outdated perspective on the regional context. However, effectiveness suffers when erratic and inconsistent standards are used to define expectations for performance, selection, and promotion, and when development of the organization’s senior leaders fails to adhere closely to a more centralized vision. The costs of inconsistency are more severe for these programs than for others.

Our only surprise was succession management, which we thought would fall into the corporate-controlled category. Succession, especially at the top, benefits from both corporate and local oversight.

About the Author
Rich Wellins

Richard S. Wellins, PhD, is senior vice president of Development Dimensions International (DDI) and is a co-author of the research study, Driving Workplace Performance Through High-Quality Conversations: What Leaders Must Do Every Day to Be Effective. Rich is an expert on leadership development, employee engagement and talent management. He is responsible for launching DDI’s new products and services, leading DDI’s Center for Applied Behavioral Research (CABER), its major research projects and developing and executing DDI’s global marketing strategy.

About the Author
Elmar Kronz