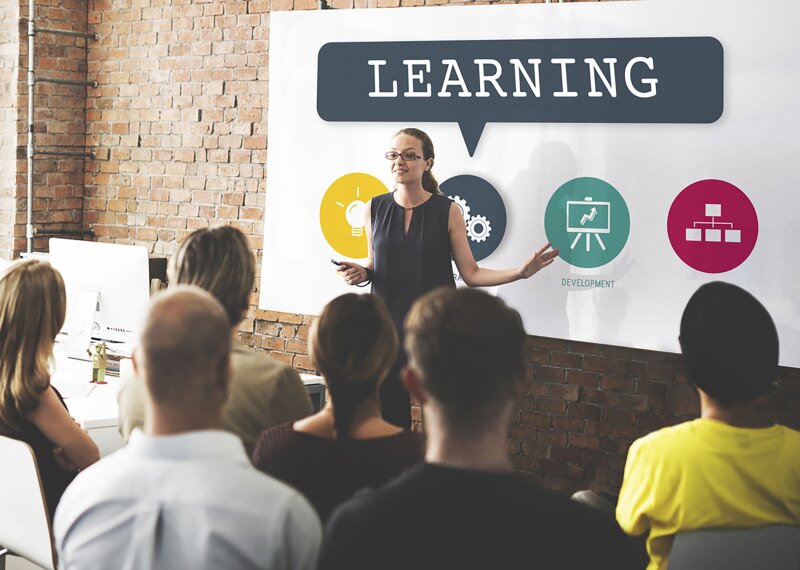 In October of 2015, I published a blog on this same topic, boldly criticizing what appeared to be strong and unguided adherence to the so-called 70-20-10 rule of learning and development. Here we are nearly three years later, and little has been done to refrain from putting this “rule” into practice. Indeed, we see reference to it all the time in the professional literature where companies are putting most of their eggs in the wrong basket. Fortunately, however, some others have taken up the banner to—if not totally dispel—at least help people realize the fallacy of blindly applying it.

Full disclosure: I have a strong bias as perhaps my greatest pet peeve with our industry is its tendency to latch on too quickly to fads and unproven theories. These seem to gain an unwarranted life of their own. In fact, this point of view was echoed in an entire 2017 issue of Talent Quarterly, entitled “The Bullsh*t Issue,” by identifying 12 talent management trends/practices such as emotional intelligence, strengths-based coaching, and learning agility that continue with the promise of benefits, yet unsubstantiated research to prove their mettle. Other authors have identified the concepts of work-life balance, SMART goals effectiveness, and 360-degree feedback, among this grouping. (Check out articles by Ken Nowack and Tom Whelan and Amy Duvernet.) But, without question, the one seemingly practiced most pervasively is this so-called 70-20-10 rule. The problem with it is simply this:

First, it was never intended to be a rule, per se, or even a recommended consistent practice. In fact, its original author, Dr. Morgan McCall, has stated that “somewhat less certain is the resulting folklore that there is a ‘70-20-10 rule’ that experience should consist of 70 percent challenging assignments, 20 percent other people, and 10 percent programs. Although the rule of thumb makes a positive contribution by increasing the emphasis on on-the-job experience, it also misleads by suggesting that coaching, mentoring, and programs are effective when used as stand-alone interventions. In fact, the best use of all three is in support of on-the-job development, most especially in real time as job experiences unfold.”

Second, there is enough evidence from other studies that contradict this rule. In the TD article, “Seeking Answers on the Lackluster State of Leadership," authors Sinar, Wellins, and Ray found the 70-20-10 ratio doesn't match either the reality of how leaders learn or how they prefer to learn. In their words: “Organizations with high-quality leader development de-emphasized the ‘learn-as-you-go’ approach that dominates 70-20-10. They leave just about half of development to on-the-job learning and use formal learning and learning from others as the foundations for on-the-job learning—which reduces the risk of squandering the potential value of such opportunities. This research shows that the 70-20-10 model may be a misguided approach for planning leadership development because it bypasses the foundational role of formal learning and learning from others. However, the ratio is less important than how the different types of learning are integrated into a meaningful and deliberate learning journey in which development is an ongoing pursuit for leaders, and not just a one-time event.”

These researchers instead found that for the highest-quality leadership development programs, the reported ratios were more like 52-27-21. Supporting these results, Whelan and Duvernet conducted their own research on the subject and found responses more along the lines of 56-25-19. Also, see trainingindustry.com’s 2018 study, Deconstructing 70-20-10, that advocates for a 55-25-20 approach.

Add to these studies the argument offered by former General Mills Chief Learning Officer Kevin Wilde, who questioned today’s relevance of the 70-20-10 model from a different and more pragmatic perspective. Even eight years ago, he said it was outdated given today’s learning challenges and capabilities, questioning its utility for architecting a learning curriculum and budget since it overstates the role of experience in development. Not that experience is unimportant, but rather that a more balanced model fits more appropriately where learning from others, personal coaching, and tools such as action learning exist. Furthermore, technology-enabled learning systems that allow the reduction of in-class time while focusing on specific skill development rather than information dissemination, and support of ready on-job application, are much more the norm than some 25-30 years ago.

Third and perhaps most important, the original research has been grossly misinterpreted. This is not to say experience isn’t the best teacher, but this is not what the results showed. In fact, there was no proof at all that on-job experiences were the most effective approach to learning, or more so than interaction with others and formal education events. Rather, executives were simply asked to recollect their leadership development experiences, and they simply said they thought they obtained 70 percent of their knowledge from job-related experiences, 20 percent from interactions with others, and 10 percent from educational events. This is far from claiming the best way to learn is via on-job experiences, which unfortunately has de facto resulted in deemphasizing the role of formal training in development. And, let’s not forget this research referred to the development of only leaders, not other target audiences.

Granted, the 70-20-10 rule can certainly be considered a heuristic for creating a leadership development agenda. Even though there is no proof of its veracity, there is a self-reported tendency to at least think the relative ratio is accurate, notwithstanding the other research questioning its emphasis. While there is some merit to assuming on-job experience is the best teacher, it shouldn’t necessarily be adopted at the exclusion, or even diffusion, of formal learning events and informal social interactions.

What are you doing to ensure you and your customers don’t blindly adhere to a rule that may not be real? How are you advising your customers to create more balanced and appropriately targeted development agendas that fit the needs of their respective learner audiences?

New Research From ATD
2018 State of the Industry Report Now Available!
ATD Members can download the full report ($499 value) for free. Join ATD and access key benchmarks to see how your organization compares.
Join Today
SC
About the Author
Stephen Cohen
3 Comments
Sign In to Post a Comment
Sign In
SS
Shane Stephens
December 20, 2018 09:08 AM
Excellent article which leaves me with a number of questions and things to research- I appreciate the "no-nonsense" tone and the not-so-subtle reminder that we shouldn't slavishly follow a trend just because it has good PR.
Sorry! Something went wrong on our end. Please try again later.