How Artificial Intelligence May Eliminate Biases From HR Processes 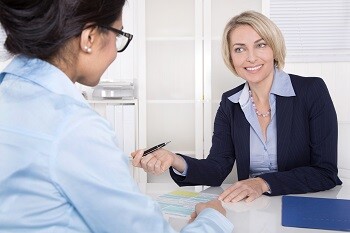 “Knowing that one may be subject to bias is one thing; being able to correct it is another.”

Humans are prone to biases. In any organization, biased decisions may adversely influence the company’s workforce. For example, diversity of the workforce may be affected by biased decisions at the time of hiring, performance management, and promotions. Unconscious biases in the mindset of leaders may get in the way of challenging the prevalent mechanism of succession planning.

Nobel laureate economist and behavioral psychologist Daniel Kahneman says, “You look at large organizations that are supposed to be optimal, rational. And the amount of folly in the way these places are run . . . is actually fairly troubling.” Kahneman recommends that organizations must moderate human judgment through disciplined usage of artificial intelligence (AI) and algorithms.

Let’s explore how organizations can effectively use AI to eliminate bias from some of their HR processes.

Eliminating Biases From the Recruitment Process

Human bias may creep into the recruitment process for a variety of reasons. For example:

Sharon Florentine, in an article in CIO, has suggested some useful measures to eliminate bias in hiring. For example, organizations can use AI to filter out gender-biased language in job descriptions. Such intelligent tools can also help in widening the recruitment base at the screening or preselection stage, and spot potential candidates by analyzing their social media footprints and published point of views.

In a Forbes article this year, Bernard Marr says, “Much of the difficulty in assessing performance has been put down to difficulties caused by workplace biases. These are well-documented, conscious or unconscious behaviors, which can unfairly influence an assessment of an individual’s contribution to an organization.”

When AI algorithms are used to measure an individual’s performance, it would not suffer from biases such as:

Another article by Siddharth Shekhawat talks about AI driven chatbots that can “help managers get actionable insights into employee’s performance” by automatically going through feedback comments.

Some of the biases that can affect the succession planning process include:

Even the biases that adversely affect performance management systems may be applicable in succession planning cases as well.

We are on the threshold of an era when an individual’s learning process can be facilitated by virtual personal assistants (like Amazon’s Alexa, Google’s Assistant, or Apple’s Siri) who would not only engage with people in intelligent two-way communications, but also curate insights and knowledge based on a person’s contextual learning needs. Such learning interfaces would presumably have none of the learning biases that we mentioned earlier.

The Bottom Line on Removing Bias

Conscious and subconscious biases mire human decision-making processes. In an organizational context, these may affect HR processes. While it is possible to minimize such occurrences by sensitizing people and making them more self-aware, a foolproof system may take advantage of recent developments in machine learning and AI. Today we touched upon how biases could be eliminated from hiring, succession planning, performance management, and learning processes, but these ideas can be expanded to eliminate biases from other HR processes as well.