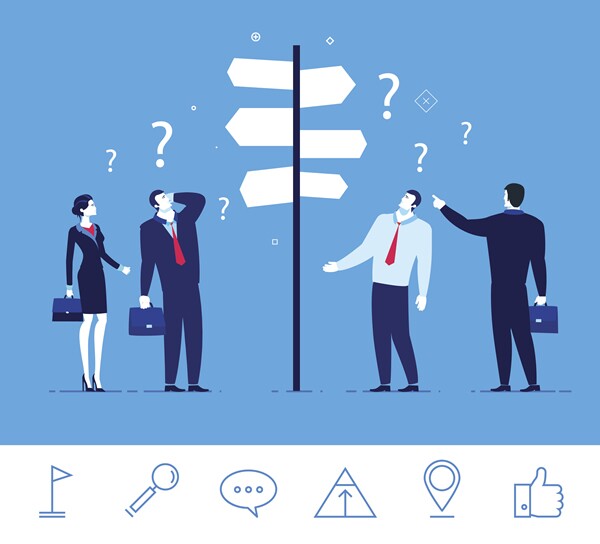 How Do Organizations Get to a Place of Too Much Change?

There are an infinite number of change initiatives available for consideration, large and small, helpful and useless. However, you (and others) must decide how many and which ones to pursue within your organization. Poor prioritization processes often result in organizations becoming overloaded with change.

The underlying trouble with prioritization is that leaders make invalid assumptions that cause them to take on more change than they should. Do you or others in your organization make any of the following assumptions?

If We Can Think of It, We Can Do It

Leaders like coming up with ideas to make things better and when they do, these ideas become almost irresistible. Rather than thinking objectively about what implementing the change will require in terms of time and resources, the assumption is that “we’ll find a way,” even though the system is already overloaded with work.

Leaders approve change projects sequentially and within organizational silos as if the projects are not interdependent with other projects that are being considered or already underway. What may be possible as a stand-alone initiative could become difficult or impossible when it is tied to other initiatives.

There Are No Hidden Costs

What appears to be a simple and straightforward project becomes more complicated once it is begun, at which time it is difficult to walk away from sunk costs. Just like remodeling the kitchen, a simple project may become more complicated and costly after the appliances are removed and it’s determined that the wiring and plumbing have to be replaced.

When something goes wrong unexpectedly, there is an almost undeniable urge to fix immediately whatever caused the problem. Many things go wrong that are not anticipated. It’s easy for an organization to find itself overloaded with efforts to put patches on systems or processes that need to be fixed.

Middle leaders sometimes find it difficult to push back when their superiors suggest that another project be started before others are completed. Middle leaders are afraid that saying no might be taken as insubordination or a reflection of their leadership capability, especially if their peers are not raising objections.

Leading a change may be viewed as contributing “points” toward promotions or bonuses. Being proactive is often valued as a leadership trait, causing leaders who wish to get ahead to propose their own change projects so that they can receive recognition.

Addressing the Symptoms Resolves the Problem

Many things can be wrong in an organization that need improving. Sometimes, however, there may be an underlying driver causing many of the problems, like a business model that is no longer working. If leaders do not pause to assess things from a holistic, systems perspective, they may implement a series of efforts to fix the resulting symptoms, such as lowered sales, customer dissatisfaction, product design, delivery times, or talent concerns, rather than fixing the root cause. This overloads the system with change initiatives that produce little benefit.

Fix Everything at Once

Change can signal progress to employees as organizations invest in fixing issues that stall effectiveness. Effective change initiatives incorporate feedback from employees. This is a critical part of getting change right, but it can result in well-intentioned leaders taking on extra change. When employees have the opportunity to voice their concerns, they often identify needed changes that are unrelated to an ongoing initiative. Leaders must figure out how to be responsive without derailing the current initiatives underway. Leaders need to ensure employees feel their voices are heard and that valid requests for change are considered by the appropriate people in the organization, even if they are not adopted immediately.

A Positive Change Makes Everyone Happy

It’s a hard fact of life that you’re not going to make everyone happy. Leaders know this all too well, but it’s important to keep in mind because it’s often forgotten in the context of change. Employees need to see how changes will make them more successful and make their job easier. However, it’s often not possible to achieve these ends for everyone. One leader who understood this well described her approach as developing changes with the 80 percent in mind, meaning the employees who would most directly be affected. Leaders need to explain how the organization will benefit from the changes, minimize potential downsides, and describe what processes are in place that will lead them to benefit in the long run.

The drive to get things “just right” can lead to change overload. New technologies, processes, and procedures that were implemented to streamline and simplify work become more and more complicated with each exception made to address specialized cases or circumstances. It’s hard to live through the incubation stage of change. Changes need a chance to take hold. People need time to learn new systems and ways of working, to get through the adjustment phases, to live with it for a while before they know whether the pain and frustration they are experiencing is a temporary symptom or something that truly needs to be fixed. If another change is made at the first sight of any issue, then the opportunity to differentiate real issues that need to be improved from the growing pains of change is lost.

Employees in internal service functions, including human resources, finance, and legal, faced not only the organization-wide change initiatives, but also how the change initiatives were bumping up against each other. The result was too much change occurring at the same time, failures to capitalize on synergies across changes, and changes being misaligned, creating additional work for employees. For example, they had to rework a new, recently implemented process for providing community groups with funds because the new IT systems didn’t provide an infrastructure for this process.

About the Author
Kristin Cullen-Lester

Kristin Cullen-Lester is a senior research scientist at the Center for Creative Leadership, a top-ranked, global provider of leadership education and research. Kristin leads CCL’s R&D work on network applications in leadership development. Her research focuses on relational aspects of leadership, including leader’s social networks and the role of organizational networks in shared leadership, complex collaboration, and implementing change across organizational boundaries as well as leadership in turbulent, changing workplaces.

About the Author
Bill Pasmore

Bill Pasmore, PhD, is senior vice president and global organizational practice leader at the Center for Creative Leadership, a top-ranked, global provider of leadership education. He is also a professor of practice of organization and leadership at Columbia University and was formerly a partner at Oliver Wyman Delta Consulting, part of the MMC Corporation. He is a consultant to CEOs of global Fortune 1000 firms on change, leadership, senior teams, and organization design and is a frequent speaker at corporate events and conferences.