How Do You Make Decisions? 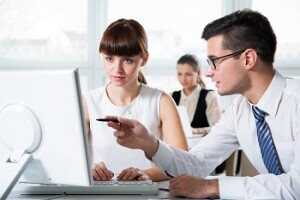 You have decided to attend a football game; the tickets cost $35, but you have not yet purchased the tickets. As you enter the stadium, you discover that you have lost $35. Would you still pay $35 for the ticket, assuming that you had enough money, and tickets were available?

Your cost-of-living budget and your food and drink expenses will frame your decision about the football ticket. Framing a decision is about considering alternatives. You may decide to forego buying food and drink to stay at the game and still stay within budget.

Framing a decision is about asking the right questions such as:

Here are decision-making styles you can choose from.

You can choose to make a unilateral decision for multiple reasons, including to:

You may choose the compromise decision-making style:

According to Seeds for Change, “Consensus decision making is a creative and dynamic way of reaching agreement between all members of a group. Instead of simply voting for an item and having the majority of the group getting their way, a group using consensus is committed to finding solutions that everyone actively supports, or at least can live with.”

Majority vote decision making, also called the democratic voting style, is the decision-making style that will force you to give up ownership of the decision. It will allow all leaders, managers, and group members to cast their vote on a decision to be made, with the majority vote making the final decision.

According to Bright Hub Project Management, “The nominal group technique is a method used for group decision making. It's similar to a vote, but it also takes the opinions of each individual member of the group into consideration.”

The nominal group technique is used when you want to get everyone within the group or company involved in making the final decision.

What decision-making style will you use for the football ticket?

About the Author
Carrie Van Daele

Carrie Van Daele is president and CEO of Van Daele & Associates (www.leant3.com), which features her Train the Trainer System for trainers and subject matter experts. Her company was founded in 1996 as a training and development firm in the areas of train the trainer, continuous process improvements, and leadership. It is a Certified Woman-Owned Business. Carrie is the author of  50 One-Minute Tips for Trainers. She is also a public speaker and a featured writer for several publications and organizations, such as the Association for Talent Development,  Women of Achievement magazine,  Quality Digest magazine, and  FM & T magazine. Her degrees include an AA from Evangel Bible College, a BS from Indiana University, and an MSM from Indiana Wesleyan University.

About the Author
Ronee Franklin

Ronee Franklin is a training associate at VanDaele & Associates.