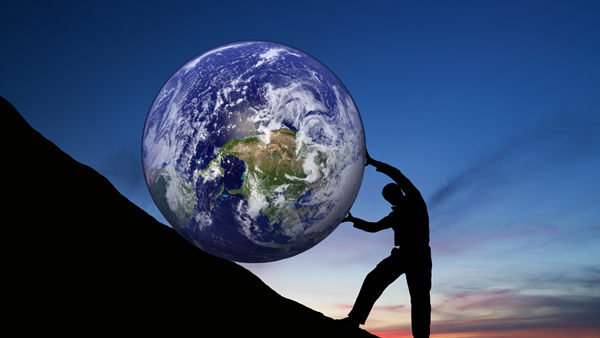 How Global Leaders Develop Self Awareness

My previous blog post introduced the story of Tom Rush, an up-and-coming global project leader who was considering the idea of working with an executive coach to help him excel in his new role. Tom’s mentor Bill had explained how having a global executive coach enabled him to develop reflected awareness. But Tom wasn’t convinced he needed one.

Now, Tom Rush is fully into his leadership position, and he is starting to see how differences in time zones, languages, and local market exceptions seem to create barriers to the team’s success.

His frustration is difficult to contain as he thinks back to his previous team. When he was national sales director, his team never let him down. They had their challenges, but nobody ever dropped the ball or gave an excuse as to why they weren’t on board with the team’s decisions.

With this new team scattered around the world, virtual meetings are all about explaining why the local teams can no longer implement what they had decided at the last meeting. From labor laws to unexpected delays to people calling in late on the calls, and now with summer coming to an end, Tom thinks that everyone in Europe has deserted the offices.  Didn’t they know that projects don’t take vacation?

First, it was the team in Sweden who was off in June. Then the factory in France incurred order back-ups while working with a skeleton crew. And this was followed by the month of July when conference calls across Europe ended with wishes for good holidays despite the production delays. Now, October is looming on the horizon as his factories in mainland China, Taiwan, and Hong Kong are planning to celebrate the 10-10 festivities.

Don’t these people work for a living? Isn’t the world in the grips of one of the most severe recessions? Tom’s boss, Carlos, is constantly asking him for updates on the new lithium batteries in production. All he can answer is that they are working on it—while deep down inside the fear of not meeting deadlines eats away at him.

What if they miss the window of opportunity to launch the new phones by December, which is the real holiday season?  Everyone knows that it is crucial to meet those stretch targets, especially Tom who wants to prove that he is the right choice for this career jump.

What does accountability mean to these people? How is he going to motivate this team? What did he need to do to align them and start building the team spirit so necessary for collaboration?

That’s when Tom’s mentor, Bill, asks him if he had ever contacted Lee Wung in HR. The idea of getting an executive coach had slipped Tom’s mind. He really didn’t have the time to sit back and think about what he should do; he knows he just has to get the people and the project off to a quick start. And honestly, Tom questions why he needs an executive coach—especially because he has a well-established mentoring relationship with Bill.

What is the difference between a mentor, coach, or global executive coach?

Mentor: a person who guides a less experienced person by building trust and modeling positive behaviors. Corporate mentors typically have three or more years experience in the organization. They give advice on how to better network and understand the political and social environment of the organization.

Coach: a person who does not necessarily have direct experience of their client’s formal occupational role. Executive coaches accompany professional people by asking powerful questions that help them to identify specific goals for future business outcomes, reflect on how to reach those goals, and put in place a sustainable strategy for achieving and maintaining behavorial change that will reflect that person’s attitude and values.

Global executive coach: a person who integrates intercultural knowledge and experience into the reflective process so executives can explore intercultural dimensions combined with an increased awareness of their own unique personality traits, cultural influences, and emotional capital. Their clients seek to answer the question: What needs to shift in me to better align, motivate, and engage co-workers and teams across the globe?

How do people develop self-awareness?

Learning how to leverage cultural competencies starts by understanding how one’s own culture affects and influences who we are today: our strengths, weaknesses, assumptions, beliefs, and values. This is the foundation to self-awareness.

Soliciting feedback, taking training, or pursuing coaching can help leaders develop their own self-awareness. But how do you choose between training and coaching? The best answer to that question is BOTH. Training transfers knowledge, coaching transforms people. If there needs to be a choice, focus on the outcome: understanding the complexity of culture.

Referring back to Geert Hofstede’s description in Cultures Consequences, International Differences in Work-Related Values (1980, 1984, and 2001 2nd ed.) we are reminded of a model he refers to as the “Three Levels of Human Mental Programming.” In the form of a triangle, he has labelled three sections:

As with Hofstede and many in the intercultural field, the focus has always been on the cultural level. Learning about what is specific to a group or category of people and how these specificities are demonstrated through rituals, heroes, and symbols. This focus has the risk of developing an “Us vs. Them” mentality, as we seek to understand what makes others different.
What happens next?

In this blog series, we are taking an integrated approach to understanding global leadership while we accompany Tom Rush on his journey of discovery and development of who he is today and who he wants to be tomorrow. Legacy leadership starts early in a career, not at the end of it.

We will continue to look at what cultural dimensions look like in everyday life, both personally and professionally. By the end of the series, you will be able to see how—as a whole—our cultural preferences impact our perception, perspective, outlook, and performance. When we are aware of this impact, we can then start to answer the question about what needs to shift in us in order to bring out the best in others.

Research tells us that there are three obvious cultural preferences in Tom’s behavior, attitude, assumptions, and beliefs as he says:

Tom most likely has preferences for the cultural dimensions known as universalism, individualism, and doing.  As he reflects on the challenges he is encountering, his assumptions are based on Universalism, which can be summarized as the one-size-fits-all, standardization, and policy approach to a set of rules and processes that clarify what needs to be done.
Add to this a probable tendency to individualism, and we start to see that Tom’s expectations about each person pulling their own weight, putting the project as a priority rather than the person, which is task-orientation over relationship-orientation and may very well be provoking allergic reactions from team members across the globe. Indeed, his cultural preferences may not necessarily be aligned with his team members in Spain, India, Hong Kong, South Korea, and Taiwan.

What would you suggest that Tom do?