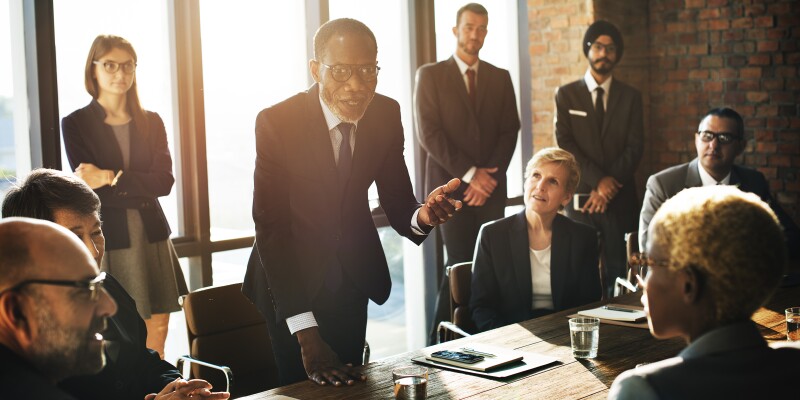 How to Gain Influence With Political Appointees

Never let a crisis go to waste. Long before former White House Chief of Staff Rahm Emanuel raised this concept in 2008, Sir Winston Churchill was credited for sharing this concept in the mid-1940s. And although these words came from two completely different men at two completely different points in time, the circumstances in which they shared this thought were the same. Rahm Emanuel said it during the most severe global recession in recent history, and Sir Winston Churchill said it as World War II was coming to an end. Were these men heartless opportunists who took great pleasure in the misfortune of those around them? Or were they simply publicly voicing a perspective that all successful leaders must adopt to accomplish anything of significance for themselves and those around them?

As an expert in leadership influence, I am constantly challenged by individuals who wholeheartedly believe that statements like this are inherently shady and nefarious. However, I believe that refusing to fully utilize proven strategies to help you reach moral and ethical goals is a disservice to those around you. Especially if your goals are to help your community by influencing the creation and implementation of government policies and programs. And, if influencing government policies and programs is your goal, then this article will explain how to develop an influence strategy that works.

To me the idea, never let a crisis go to waste, originates with the truism that 99.9 percent of humans don’t like change. In fact, we dislike change so much that we’ll even endure situations that are clearly not in our best interests just to maintain certainty in our lives. Hence the saying, “better the devil you know than the devil you don't.”

But, crises are different. The level of pain and uncertainty caused by crisis creates opportunities for those with power to implement significant change with less resistance from those around them. And if you want to be one of the few with power to make real change you must ask yourself these two questions: “What is power?” and “How do I gain more power?” The first question is easy to answer. The Oxford English Dictionary defines power as “the capacity or ability to direct or influence the behavior of others or the course of events.” Thus, for me, power and influence are synonymous. The second question, however, requires a bit more discussion.

How Do I Gain More Power?

Through many conversations with senior leaders about the acquisition and use of influence, I’ve learned that it’s very difficult to amass and properly wield influence without first being comfortable seeking it. It is at this step where most aspiring leaders are stopped in their tracks. And, I understand their hesitancy. I, too, felt uneasy about sharing my desire to gain influence. That is, until the former US National Park Service deputy director recommended that I read the book Power and Love by Adam Kahane. This book taught me that:


Don't believe me? Could Martin Luther King Jr., Mother Theresa, Mohandas Gandhi, or Madam C.J. Walker have accomplished what they did with just their “good hearts”? Absolutely not. It was their political influence that opened doors that would have never been opened otherwise. They had power.

What Does This Have to Do With the 2020 Presidential Election?

This election season you need to ask yourself, “How do I increase my influence to ensure that my priorities are supported?” I discuss this topic at great length in my political savvy and strategic networking courses. I have also shared one of my many strategies for gaining influence below.

Help People in Power Get What They Want

You really only have two choices following an election:

1) Fight to ensure that your initiatives are perceived as relevant to the incoming political leadership so that they’ll move heaven and earth to ensure the initiatives’ success.

2) Dig a hole in the sand and gently place your head in hoping that the incoming political leadership won’t touch your initiatives because they don’t care enough about them.

What most people fail to realize is that the number 1 priority of a political appointee is to further the president's agenda in the shortest amount of time possible. If you can help the political leadership accomplish this goal you will become like gold to them. I share a more detailed example of how you can strategically position your initiatives to be championed by political appointees in my bestselling book, Reaching Senior Leadership.

I recently spoke with a senior government official who employed option 1. The senior official developed two program proposals approximately six months prior to the 2017 presidential election; one if Hilary Clinton was elected and one if Donald Trump was elected. When creating these proposals great attention was given to the campaign promises of each candidate to ensure that the language was in alignment. Once Trump was elected, the Trump proposal was further refined and a full-out influence campaign was started. The goal was to make sure that the new political appointees were aware of this proposal and its impact on the president’s agenda. The senior official was successful in convincing the new political leadership to support the proposal and was even given more resources to make the program larger. This all happened while other senior officials who chose option 2 endured significant budget cuts.

What Type of Leader Will You Be?

Looking back to the definition of power—“ the capacity or ability to direct or influence the behavior of others or the course of events”—you should note that the definition does not say that power is innately good or bad. Power is simply a tool to be used. Presidential elections are always chaotic regardless of who wins. But, because there is so much chaos, confusion, uncertainty, and ultimately crisis, there are also opportunities for those with influence to further their agendas. You should take advantage of this election season to draft policies, programs, and guidance that will help further the administration's goals while also furthering your own. You should pride yourself on becoming an influential leader and always remembering to never let a crisis go to waste.

Alex D. Tremble Jr. (aka The Federal Career Coach) is a career and leadership development coach; author of Reaching Senior Leadership: 10 Growth Strategies Every Government Leader Should Know and The GPS Guide to Success; and founder of GPS Leadership Solutions. Tremble also serves as a career strategist. That is, all his methods are intentionally focused on strategically positioning his clients to receive their next job and/or promotion and advising his clients how to navigate their organization’s political landmines. Tremble is a certified John Maxwell Speaker and Coach, has over 10 years of experience coaching and advising federal government senior leaders, and has held numerous senior-level positions, including being one of the youngest federal employees to create and manage the Executive Leadership Development Program for a cabinet-level agency. Tremble has also managed three government-wide executive leadership development forums and several executive mentoring programs. He received his bachelor’s degree in sociology and psychology, his master’s degree in industrial and organizational psychology (emphasis in leadership and organizational development), and shares career success tools at www.AlexTremble.com.