How to Handle Client Resistance 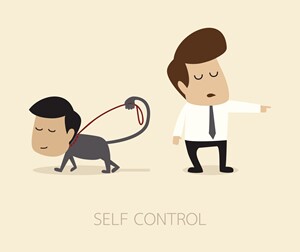 No one likes to face resistance from a client, but it is a valuable experience, particularly for an HR professional in the role of an organization development (OD) consultant. Client resistance can make an assignment real, challenging, and meaningful, and an OD consultant’s approach to handling resistance can open up remarkable possibilities that may not have been thought of otherwise.

As a consultant, you should be prepared to encounter resistance and handle pushback. Here are three questions to ask yourself:

Start With the Right Mindset

A consultant who is ready to handle resistance must start with the right mindset and be open to these key perspectives.

The Perspective of the Group

An instance of resistance should not be viewed only as a one-to-one interaction between you and the client, but also a scenario in which a group is involved directly or indirectly. You, your client, and other stakeholders working with a common vision and objective are part of this group. William Ury, the world-renowned expert on negotiation and conflict resolution, says that in any conflict there is always a third side, and the third side is made up of both insiders and the outsiders. The best way to see this side is to look at the resistance from the larger perspective of this group.

The Perspective of an Elder

According to Joy Jacobs, an expert on group facilitation, the role of an elder is critical for managing conflicts in a group. Some of the qualities of this role are essential when you are dealing with resistance, such as the ability to:

When the client resists an idea or a strategy, you must pay attention to the:

Phil Grosnick, author of “Dealing With Resistance” (a chapter in The Flawless Consulting Fieldbook and Companion), says that “resistance is the indirect expression of real concerns.” There may be various reasons why clients aren’t completely open to talking about their real concerns. It is your job to uncover the real concern by analyzing the layers of resistance.

Let’s look at the extreme example of a client yelling at you. Ask yourself, “Why is this person yelling?” The answer could be that the client is unable to accept some genuine feedback from your team. If that’s the case, ask yourself, “Why is this person unable to accept the feedback?” The answer may lie in the client’s sense of insecurity. This is how you uncover the layers of resistance.
Veiled resistance. Some resistance may not be apparent. The response may make it seem as if the client has accepted the strategy, but the actual buy-in has not really happened. Veiled resistance is often categorized by statements or behaviors like these:

Once you have a better understanding of the reasons behind the resistance, you may look at ways of overcoming such resistance and eventually gain the client’s buy-in.

In “Dealing With Resistance,” Phil Grosnick suggests that “the first step in dealing with resistance is to respond to the clients’ behavior with goodwill, treating their reactions as totally legitimate.” But he says “offer no more than two good faith attempts.” It also helps to be forthright with the client; Grosnick says to address the resistance directly. For instance, you could say something like “you’re yelling at me,” or “you’re asking many questions—it appears that you have some fundamental concern.”

Use Established Strategies and Tactics

Robert Cialdini proposed six universal principles of influencing, namely reciprocity, consistency, scarcity, liking, consensus, and authority. (Learn more about each principle on Wikipedia.) These and other well-known strategies and tactics can be used to overcome a client’s resistance.

To handle resistance to large-scale change, you can follow the eight steps proposed by John Kotter in his book Leading Change, which tells us to:

No one wants to experience client resistance; it takes a lot of effort to efficiently handle it. However, with preparation, this situation can become less burdensome. You never know when and in what form you may encounter resistance, so it’s better not to get caught off-guard.