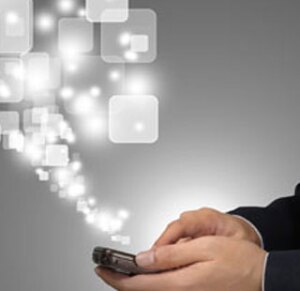 Inspiring and enabling evolutionary innovation is one of the fundamental jobs of leaders. This is because evolutionary innovation is essential to an organization’s survival and won’t happen on its own. How can training and development people help organizational leaders make this happen? The CEO of Peer Insight, Tim Ogilvie, took me through a Permission, Passion, and Protocols framework that you may find helpful.

Permission and space to solve a problem

Evolutionary innovation is generally prompted by solving a known problem where many creative solutions are possible. A lot of people in organizations who may be reluctant to step up as “innovators” are happy to help solve a problem when asked. So, help your organizational leaders set the expectation by asking for help.

“Permission” involves asking people to solve that problem and giving them resources with which to do so. Then, give them the physical and emotional space they need to innovate. For example, 3M does this by explicitly calling on all its employees to spend 15 percent of their time working on something new. Likewise, Google requires 20 percent.

Problem solvers need relief from their day jobs in order to work on your problem. They also need a space in which to innovate. This could be a project room, their own web room, or a tree house. But they need time and space that makes them feel safe, and a deadline to produce their best answers.

By definition, asking people to innovate is asking them to step out of their comfort zones. There will be a natural fear of failure.

“Protocols” enable workers to shift the frame away from success or failure, and focus instead on learning. One of Ogilvie’s main suggestions is to borrow from the scientific method: Ask people come up with hypotheses and design experiments to test them. A good experiment succeeds when it either proves or disproves the hypotheses. Teams treat experiments differently from tests. Conducting experiments taps into our natural curiosity, while performing tests can trigger a fear of failure.

Once employees have been given “Permission” and are supported by the right “Protocols,” these evolutionary innovators will naturally discover their “Passion” for creative problem-solving. Encourage your organizational leaders to encourage these people. Give them permission to play and their enthusiasm will often infect others.

Some team members may not be at all excited about innovation. That’s okay. Don’t push them to innovate. Instead, invite them to contribute in some small way. Everyone likes to be thought of as a contributor.

The bottom line is that innovation is not an optional exercise. Darwin’s lesson is that survival of the fittest is about those best able to adapt. Adapting requires innovation. You can’t stand still. If you’re not adapting and innovating, you are falling behind your innovating competitors. If you fall too far behind, your very survival comes into question.

So encourage your organizational leaders to give your people permission to innovate by asking them to solve known problems. Put in place protocols that make it as easy as possible for people to innovate. And inspire a passion for innovation, problem solving, or at least, contributing.