Is There a Personality Imbalance in Your Leadership Pipeline? 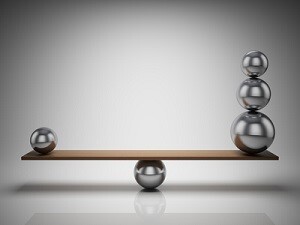 According to the theory behind the Myers-Briggs Type Indicator ® instrument, people fall into one of 16 personality type categories, which are based on natural preferences for how people are energized, acquire information, make decisions, and organize their world. Considering the diverse perspectives of all 16 personality types, it’s surprising that the vast majority of business leadership in the United States comes from a very small segment.

CPP’s research division has found that people who prefer Thinking (T) and Judging (J) represent about 24 percent of the United States population, but they hold 50 percent of the leadership positions in American organizations and up to 70 percent of the leadership positions worldwide. It might be tempting to assume that this imbalance is because Thinking/Judging (TJ) types make better leaders. However, it is more likely the result of institutional and cultural bias rather than individual potential.

The typical American business is predisposed toward a certain type of bottom-line thinking and functioning that colors how it views leadership capabilities—favoring the sensibilities of those preferring Thinking/Judging over Feeling (F)/Perceiving (P). And, as people tend to respond positively to those of similar personality types, TJ leaders are predisposed to fill the leadership pipeline with other TJs.

Furthermore, when those with alternate preferences (F and P) do enter the C-suite, they often find that the work environment—including the expectations of T/J leadership—clashes with their own work style and values to the point that they often feel drained. On top of this, if F/P leaders don’t feel valued once they hit the C-Suite, they’re more likely to give up leadership and seek positions that place a higher value on what they bring to the table.

This sets up a self-reinforcing cycle that keeps the status quo intact. Our perception of leadership ability is shaped by leaders who are already in power, who tend to promote people like themselves. Those with alternate preferences either expend tremendous energy to adopt TJ behaviors or self-select out of leadership.

This isn’t to say that there’s anything wrong with the T/J leadership style. The Thinking preference brings a focus on efficiency and objectivity, as well as a desire to find and fix flaws in the system.  Meanwhile, the Judging preference indicates a disposition to systematic, methodical implementation and rapid conclusions, bringing a structure and discipline that is necessary for companies to achieve bottom-line objectives.

By contrast, those that prefer Feeling (F) emphasize how decisions affect the values of those involved; those preferring Perceiving (P) tend to spend more time gathering information through less-structured means, making sure they have explored all possible paths before implementing. These characteristics may not be what we typically think of as “leadership potential.” Yet, the absence of such perspectives may have significant repercussions for U.S. businesses.

For example, those preferring Feeling (vs. Thinking) and Perceiving (vs. Judging) often excel in creating consensus around ideas. For someone who makes decisions primarily based on objective criteria, considering how a certain policy will impact the feelings of those they work with may be little more than an afterthought. If you’ve ever seen a company policy fall flat because no one believes in or follows it, this may very well be indicative of a TJ “blind spot.”

The Hidden Value of an F/P Leadership Approach

Think about the many workplace technologies that fail to gain momentum. Simply knowing that a technology offers value isn’t enough, and mandating its use is far from a guarantee that people will change entrenched habits and do things the new and improved way. Adoption requires buy-in, which means achieving consensus that such changes are wise and necessary.

For example, corporate leadership may underestimate the impact that layoffs will have on morale, and consequently productivity. They also may not fully digest the implications the message that staff cuts sends to high-value employees. If a company’s best people start dusting off their resumes in the wake of layoffs, the loss in terms of expertise and the expense of hiring replacements may more than offset the financial gains from a downsizing initiative.

For those preferring Thinking/Judging, factoring things like this into decision making doesn’t come naturally, because such elements are difficult to quantify. No formula or spreadsheet will predict whether department cuts will send a senior engineer packing, or be able to accurately calculate the cost of the subsequent brain drain.

I’m not picking on TJs. F/P blind spots can be just as troublesome—but they’re not primarily the ones running organizations now, so the imbalance in leadership means that many problems we see stem from T/J blind spots.

There’s no overnight solution for addressing the personality type imbalance in corporate America, but there are two major lessons to be learned. First, we must start making the case for promoting people with a broader range of personality preferences. Second, we need to make T/J-dominated leadership aware of the blind spots that accompany their natural gifts, and help them broaden their leadership approach to include a F/P perspective.