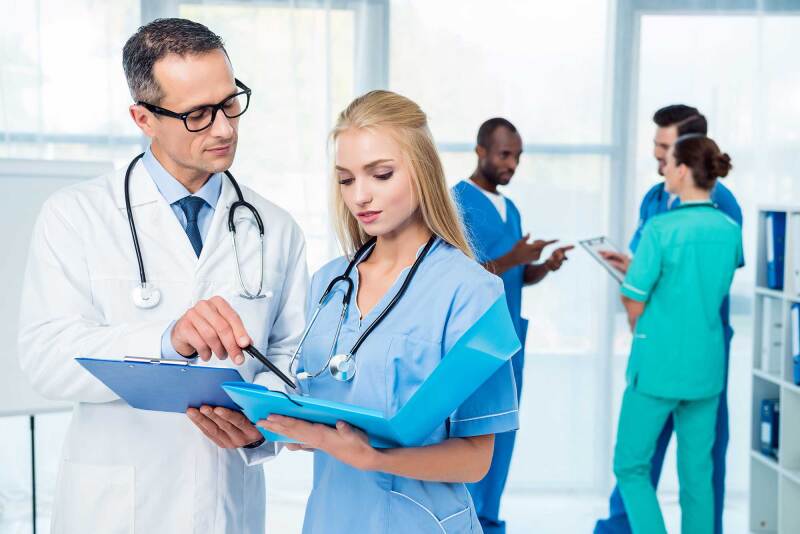 Is This a Motivation or Behavior Change Problem?

Healthcare organizations typically struggle with compliance with handwashing guidelines. This isn’t intended as a criticism of healthcare workers, but rather an opportunity to look at the natural human impulses that could be behind the gap in performance. Let’s look at some of the possible variables that influence motivation, and see which are relevant to hand washing for healthcare professionals.

Lack of Feedback, Specifically Visible Feedback
Is lack of visible feedback a problem for hand washing? Absolutely. Bacteria are frequently not visible, so hands look clean even when they are not. If healthcare professionals have visibly dirty hands, or if their hands magically turned blue when they had bacteria on them, there would probably not be any motivation issues with hand washing.

Unlearning an Old Behavior
When we learn a behavior really well, it can become automatic. There are a lot of benefits to automating a behavior—habits are lower effort and more likely to occur consistently. When you have an automated behavior, it can be very difficult to undo that behavior. So, is there unlearning in our hand washing behavior? There probably is some, though it may depend on the individual. If a healthcare professional has a very set routine for interacting with patients, for example, it may be difficult for them to interrupt that routine to include hand washing.

Lack of Environment or Process Support
Sometimes the difficulty is not due to lack of motivation in the learner, but lack of support in the environment. The first question would be: “How easy is it to do the correct behavior?” For example, if the sink is positioned in an awkward place that’s difficult for the healthcare workers to access during busy times, then that’s likely to have an impact on the frequency of hand washing. Frequently, making the behavior easier is a better answer than trying to make the learner more motivated.

Anxiety, Fear, or Discomfort
Occasionally a new behavior can provoke anxiety, fear or discomfort, causing the learner to be reluctant, or to backslide into an older, more comfortable behavior. This is unlikely to be the case with hand washing directly, but could be an issue when it comes to a related issue like interacting with a colleague who isn’t following correct hand hygiene. For instance, if a nurse sees a doctor treating a patient, and knows the doctor hasn’t washed her hands, the nurse may know that intervening with the doctor is the right thing to do, but may find the behavior too awkward or uncomfortable.

Social Proof
We look at others to see how to behave. This happens almost unconsciously at times. When you start a new job, you observe your co-workers to see what the acceptable behaviors are in that work place—do people ever leave early, what people do for lunch, what kind of language or jokes are okay, how much do people share about their personal lives, and so forth. In our hand washing example, the question of social proof is probably very relevant. Some studies show that hand hygiene compliance can be 40 percent or lower in many environments. That means that many employees are frequently seeing non-compliant behavior modeled by their co-workers.

Lack of Autonomy and Ownership
Another motivation difficulty can occur when people do not feel a sense of autonomy and ownership over the solution. Atul Gawande recounts in his book, Better: A Surgeon’s Notes on Performance, a successful effort in a Pittsburgh hospital. Rather than imposing guidelines, and enforcing adherence through monitoring and control, the effort focused on grouping the staff into small teams and asking them to figure out how to solve the problem. According to Gawande, the effort was significantly more successful than more top-down approaches. The staff took ownership of all aspects of the process and succeeded in dramatically lowering the infection rates in the hospital.

Each of these issues is likely to have a different answer. Identifying the likely causes for the issue makes it possible to be much more specific about solutions.


Historically, solutions for behavior change problems often took the form of telling people again and again why they should do a particular thing. But if the problem isn’t due to a knowledge deficit, then more telling probably isn’t going to change the behavior. Learning and development needs a much broader toolbox if we want to be effective facilitators of real behavior change.

Want to learn more? Join me October 4-5 in Atlanta for ATD LearnNow: Design for Behavior Change.

Josh Pavek, CPTD
September 25, 2018 02:35 PM
Thank you for the article Julie. This really got me thinking about motivation and influences we can have on the various subsets that have an affect on motivation.
Sorry! Something went wrong on our end. Please try again later.

completely agree with your analysis.

Creating an environment that seems to embrace the new, changed method as in 'why wouldn't we wash hands?' can provide more resistance to slack or laziness. Washing your hands regularly is a tough one, though.

Cracking bad vibes and sustaining motivation until its the thing to do, is for me the biggest challenge
Sorry! Something went wrong on our end. Please try again later.