Job Stress Can Not Only Make You Sick, It Can Kill You 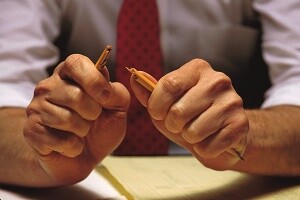 More people have long-lasting health issues from workplace stressors than are acknowledged or addressed by the U.S. government, businesses, and HR professionals, according to Jeffrey Pfeffer, the Thomas D. Dee II Professor of Organizational Behavior at the Stanford Graduate School of Business. Pfeffer, along with colleagues Stefanos A. Zenios of Stanford GSB and Joel Goh of the Harvard Business School, conducted a meta-analysis of 228 studies to examine how 10 common workplace stressors affect a person’s health.

The results of the meta-analysis, “Workplace Stressors and Health Outcomes: Health Policy for the Workplace,” are to appear in the inaugural issue of Behavioral Science and Policy. ATD’s Senior Leaders & Executives Community of Practice interviewed Pfeffer to learn more about these issues.

In the Management Science article, “The Relationship between Workplace Stressors and Mortality and Health Costs in the United States,” the authors state that overall, these stressors increase U.S. health care costs by 5 to 8 percent. The meta-analyses show that job insecurity increased the odds of reporting poor health by 50 percent, while long work hours increased mortality by almost 20 percent. Additionally, highly demanding jobs raised the odds of a physician-diagnosed illness by 35 percent. Work-family conflict and work injustice had just as much impact on health as long work hours or shift work.

“We use an expansive definition of the workplace to include stressors that are primarily attributable to managerial practices in an organization (such as shift work, overtime, job control, and demands) as well as stressors that result from a combination of managerial practices and prevailing socioeconomic factors (such as layoffs and unemployment, and health insurance). Healthcare costs are not just an issue of public policy, but also have important financial implications for employers,” writes Pfeffer and his colleagues.
Pfeffer explains that he became interested in workplace stressors as a result of meeting Nuria Chinchilla, who studies work and family issues and what she calls “social pollution.” She has worked on this topic for a long time at IESE Business School, part of the University of Navarra in Spain.

“I realized there is an obsessive concern in the United Sates with healthcare costs and how much employers are spending on health. It occurred to me that there might be an overlooked factor contributing to the high cost of healthcare—the work environment. As soon as I began to investigate the epidemiological literature, I found an enormous body of work that had been overlooked, particularly by HR professionals,” says Pfeffer.

The Management Science article cites more than 120,000 excess deaths a year and almost $200 billion in extra costs from workplace stressors. Pfeffer declares, however, that he sees people paying a lot of attention to things that have much less effect.

“The meta-analysis we did shows workplace issues have as much effect on health as second-hand smoke, which is a known carcinogen and which has stimulated a lot of governmental intervention and regulation. It seems to me, if we are concerned about second-hand smoke, we need to be concerned about things that have just as much of an effect on health and mortality,” he notes.

Pfeffer explains that although many companies pride themselves on setting up wellness programs, they are based on the American perspective that everything is up to the individual, and that individual exists in isolation. He thinks what is missing in these wellness programs is attention to the work environment.

According to Pfeffer, “Companies provide employees some incentives to exercise, some biometric screening, and a health questionnaire, and then assume that’s going to cause employees to live a healthier life style, regardless of the conditions at work, or whether employees have economic insecurity, an abusive boss, or situations of work-family conflicts. Basically what’s missing in the wellness programs is any attention to the work environment.”

When asked why he thinks companies ignore the fact that the workplace atmosphere can and does affect health so markedly, Pfeffer replies, “In general, I think companies try not to take too much responsibility for anything, and want to push that responsibility off onto individuals. Rather than giving people retirement plans or pensions, companies give them some relatively cheap online financial education and hope they will figure out how to manage their money successfully so they can afford to retire.”

“For decades, companies in a variety of domains have basically shed responsibility for as much as they can. The bottom line is the dollar and companies don’t seem to care about the human factor or people’s well-being. For many companies and their leaders, it’s all about the money and what they can bring back to their investors,” Pfeffer adds.

What Can Be Done?

Pfeffer notes that governments spend billions to remediate the effects of toxic workplaces on people’s physical and mental health and suggests that maybe there should be policies that focus on prevention, not just remediation.

“There are governments in the world that do exactly that. For a decade or more, the United Kingdom has been concerned about the effect of the work environment on health and healthcare costs. Of course, it’s a nationalized healthcare system that deals with the cost of poor health. However, in the United States, the government is going to bear the cost of the effects of the work environment.  If I’m too sick to work, I’m going to lose my private health insurance, and after I’ve gone through bankruptcy or whatever, it’s ultimately the government that will have to step in.

“Eventually this is a cost-shifting game; the costs don’t disappear. When people become sick from workplace stress, somebody eventually pays for it. I would argue that instead of trying to play a card shuffling game to see who is going to wind up paying the cost, our country would be much better off preventing the problem in the first place,” says Pfeffer.

He explains that government long ago intervened to prevent workplace injuries and limit exposure to toxic chemicals in the workplace. Workplace stressors are another source of injury, similar to asbestos and chemical hazards. “The simplest thing the government could do is to mandate that employers report on the health status of their employees. Who would want to be the least healthy workplace in the United States?”

In addition, Pfeffer recommends that the United States might want to implement some policies that are similar to things that Europe has done, such as regulate paid vacation, work hours, and shift work.

Individual employees can’t do much to rectify a toxic workplace, he states. But as they choose jobs, they can be on the lookout for the 10 things that adversely affect health. He discusses how someone might say, “I understand that being a coal miner is dangerous work, but I’m willing to make the tradeoff for the income.” Or as in the movie Captain Phillips, someone might opt to sail the seas and possibly be exposed to Somali pirates, but they enjoy the life and there’s economic compensation.

“People ought to understand the stress and health consequences of where they work,” Pfeffer maintains. “Many people believe that workplace stresses won’t get to them. They think they can work harder than anyone else. They assume workplace stress is not a serious health concern. But it is.”

More importantly, it’s vital for HR people to bring these issues to senior management, he contends. “There is a lot of literature on the economic costs of ill-health, not just in terms of direct health costs, but also things such as presenteeism, and the fact the productivity of unhealthy, stressed employees is compromised.”

The bottom line, says Pfeffer, “In our research, we intentionally used a very conservative set of assumptions about the costs of unhealthy workplace practices, and we didn’t look at indirect effects on employees’ family members or the costs of lost productivity. We looked only at healthcare costs and the direct effects on an individual’s health while in the workforce. We intentionally took a statistically conservative approach, so as not to not be accused of exaggerating the problem, which is probably bigger than what we estimated.”

About the Author
Ruth Palombo Weiss