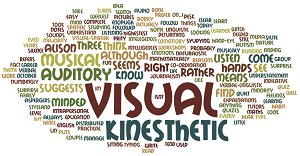 In the field of neuroscience, there are a number of "neuromyths" — a term that is now being used to describe misconceptions and inaccuracies about brain functioning. These are myths that pervade popular culture, education and business, including many L&D departments.

According to research, there is no more widely believed and yet "thoroughly debunked" neuromyth than learning styles. While learning styles is an umbrella term that can refer to a number of different categorization models, the most well-known is VAK: visual, auditory, kinesthetic (seeing, hearing, doing).

It is important to note that people who believe they may have a particular learning style—what's known as "study preferences"—is not being disputed. There are many people who believe in the idea that they are, for example, "visual learners" or "auditory learners." What is in dispute, however, is the idea that having educators match the delivery of content to learners' stated preferences will improve learning.

This central point of contention is what's known as the meshing (or matching) hypothesis. As noted in “Learning Styles: Concepts and Evidence,” the myth of learning styles is the myth that matching for preference necessarily leads to better performance.

"Most critically, the reality of these preferences does not demonstrate that assessing a student’s learning style would be helpful in providing effective instruction for that student. That is, a particular student’s having a particular preference does not, by itself, imply that optimal instruction for the student would need to take this preference into account. In brief, the existence of study preferences would not by itself suggest that buying and administering learning-styles tests would be a sensible use of educators’ limited time and money," write authors Harold Pashler, Mark McDaniel, Doug Rohrer, and Robert Bjork.

The problem for proponents of learning styles is precisely that there is no credible scientific evidence to support this hypothesis, having now been reviewed and tested rigorously by several independent sets of researchers.

For example, a 2012 survey of teachers in the United Kingdom and Netherlands (242 primary and secondary school) revealed that the learning styles meshing hypothesis was the #1 neuromyth, believed by 93 percent and 96 percent respectively. Another study of 938 teachers in five countries, conducted by Paul Howard-Jones in 2014 of 938 teachers, placed the figure at 96 percent.

Yet, the widespread acceptance of this teaching paradigm is in sharp contrast to the research that has been published in scientific journals and the growing campaign that is trying to raise awareness about these findings. 50 Great Myths of Popular Psychology (2009), Great Myths of the Brain (2014), and Urban Myths about Learning and Education (2015) are just three recent books that tackle the issue. Meanwhile, an array of scientific and mainstream articles have been written to set the record straight, including authors, scientists, and journalists from the likes of Psychology Today, Popular Science, Scientific American, Washington Post, Wired, Inc. Magazine, Business Insider, The Guardian, Slate, and BBC radio.  Even The Onion offers its own satirical take on the issue with the article, “Parents Of Nasal Learners Demand Odor-Based Curriculum.”

The OECD established the “Learning Sciences and Brain Research" project in 1999 as the authoritative resource dedicated to education on the subject of neuroscience and highlighting misinformation, which targets neuromyths such as learning styles.

The exact origin and spread of learning styles is beyond the scope of this post; however it is often associated with Howard Gardner's influential theory of multiple intelligences, who notes that people frequently credit him with inventing the term and some even believe the two concepts are the same thing. Gardner, keen to relieve the "pain" and "distraction" this misinterpretation has caused him, wrote a piece featured in the Washington Post, “Howard Gardner: 'Multiple Intelligences’ Are Not ‘Learning Styles,'” in which he explains, “If people want to talk about ‘an impulsive style’ or ‘a visual learner,’ that’s their prerogative. But they should recognize that these labels may be unhelpful, at best, and ill-conceived at worst."

While there has been a long list of researchers who have raised questions about the existence, identification, application and commercial exploitation of learning styles in education from a variety of different angles, there are two major reviews in particular that are often cited in the research literature.

The first is the 2004 review, "A Critical Analysis of Learning Styles and Pedagogy in Post-16 Learning: A Systematic and Critical Review," by Coffield, Moseley, Hall, and Ecclestone. Commissioned by The Learning and Skills Research Centre, the four prominent cognitive psychologists identified 71 models of learning styles, with 13 categorized as "major models" from 3,800 papers.

According to the review, "The enormous size of these literatures presents very particular problems for practitioners, policymakers, and researchers who are not specialists in this field. It is extremely unlikely that any of these groups will ever read the original papers and so they are dependent on reviews like this one, which have to discard the weakest papers, to summarize the large numbers of high-quality research papers, to simplify complex statistical arguments and to impose some order on a field which is marked by debate and constructive critique as well as by disunity, dissension, and conceptual confusion. The principal tasks for the reviewers are to maintain academic rigor throughout the processes of selection, condensation, simplification and interpretation, while also writing in a style accessible to a broad audience. In these respects, the field of learning styles is similar to many other areas in the social sciences where both the measurement problems and the implications for practice are complex."

In the 2004 review, the 13 major instruments were analyzed and matched against four "minimal criteria" (internal consistency, test-retest reliability, construct validity, and predictive validity), with "only three of the 13 models—those of Allinson and Hayes, Apter, and Vermunt—could be said to have come close to meeting these criteria." The researchers go on to say that "some of the best known and widely used instruments have such serious weaknesses (e.g., low reliability, poor validity and negligible impact on pedagogy) that we recommend that their use in research and in practice should be discontinued."

Despite the lack of scientific rigor by most publishers of learning styles inventories, the uptake and popularity of testing (particularly in the United States and United Kingdom) is widespread and attributed to several reasons, including very small-scale research efforts conducted by test publishers (rather than independent researchers) that initially appeared to support the hypothesis.

This is addressed by the 2004 review: "It is important to note that the field of learning styles research as a whole is characterized by a very large number of small-scale applications of particular models to small samples of students in specific contexts. This has proved especially problematic for our review of evidence of the impact of learning styles on teaching and learning, since there are very few robust studies which offer, for example, reliable and valid evidence and clear implications for practice based on empirical findings."

This point is further emphasized by cognitive psychologist Josh Cuevas: "The strongest empirical studies published on the topic since 2009 have shown a consistent trend—they have found no effect of learning styles or the matching hypothesis (Allcock & Hulme, 2010; Choi, Lee, & Kang, 2009; Kappe, Boekholt, den Rooyen, & Van der Flier, 2009; Kozub, 2010; Martin, 2010; Sankey, Birch, & Gardiner, 2011; Zacharis, 2011). Two experimental studies did claim to find that elusive interaction effect, but one of those tested different behavioral outcomes rather than academic learning (Mahdjoubi & Akplotsyi, 2012) and the other used such a small sample size (N=39) and only a single 15-minute treatment (Hsieh, Jang, Hwang, & Chen, 2011) so the results would need to be replicated if we are to trust their credibility, particularly in light of so many other contradictory findings."

Probably the most often-cited and devastating critique of learning styles was the 2008 review by Pashler, McDaniel, Rohrer, and Bjork. They concluded: "Although the literature on learning styles is enormous, very few studies have even used an experimental methodology capable of testing the validity of learning styles applied to education. Moreover, of those that did use an appropriate method, several found results that flatly contradict the popular meshing hypothesis.

“We conclude therefore, that at present, there is no adequate evidence base to justify incorporating learning-styles assessments into general educational practice. Thus, limited education resources would better be devoted to adopting other educational practices that have a strong evidence base, of which there are an increasing number. However, given the lack of methodologically sound studies of learning styles, it would be an error to conclude that all possible versions of learning styles have been tested and found wanting; many have simply not been tested at all."

Indeed, learning itself is an incredibly complex activity. What’s more, there isn't room here to sufficiently summarize all the research on learning and pedagogy or, in a similar fashion, what neuroscience tells us about how the brain processes information and how we might improve the quality of learning interventions based on these most recent findings. But we can recommend a good book: John Hattie's Visible Learning and the Science of How We Learn (2013), in which he aptly sums up the current position on the issue of learning styles: "There is no recognized evidence suggesting that knowing or diagnosing learning styles will help you to teach your students any better than not knowing their learning style."

Editor’s Note: This post is reprinted from the DTS International Blog.

About the Author
Theo Winter

Theo Winter works as client services manager, writer, and researcher for TTI Success Insights Australia, a leading provider of assessment-based talent management solutions. He is among the youngest in the world to have received accreditation in the TTI Success Insights suite of assessments, and has worked with hundreds of HR, L&D, and OD professionals and business consultants seeking to bolster the emotional intelligence, engagement and performance of managers and their teams. Theo is passionate about positive psychology, neuroscience, intelligence, science education, creativity, and personal development literature. He has written more than 200 articles on topics such as leadership, recruitment, talent management, performance management, employee engagement, psychometric testing, career development, emotional intelligence, psychology, and human behavior. Connect with Theo on LinkedIn— all invitations accepted.