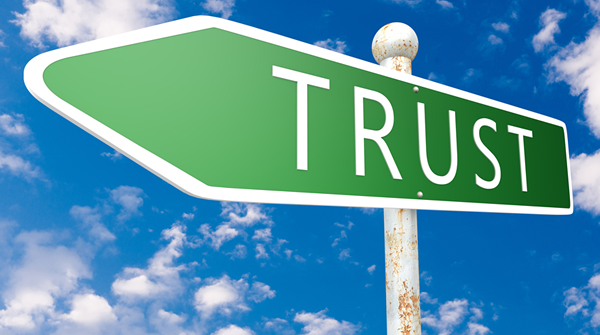 Part One, Part Two, Part Three, and Part Four of this blog series.

How should leaders go about building trust? One approach can be found in the pragmatic and easy-to-recall model, the Eight Axioms of Honest Leadership. An axiom is an idea that is “so self-evident that it is accepted to be true without any controversy.”

In simpler words, an axiom is something for which we do not need proof because we already know it to be true. The most common use of axioms is to test mathematical theories. A starting point may be: “When an equal amount is taken from two equals, the result will be an equal amount.” Now it does not matter what your perspective is—this is fact. Similarly, others will say: “The whole is greater than the part.” This also is true.

Therefore, having a set of so-called leadership axioms makes sense. It is not necessary to question if it is possible to demonstrate behaviors described; rather, ask how and when. The model collates the traits and behaviors that represent trust and honesty, and therefore those that should be experienced from leadership who are concerned with building honesty and trust. These behaviors are grouped together into similar headings, each of which represents one axiom. Numbered from one to eight, the behaviors come together into the easy-to-recall acronym, FIDELITY: 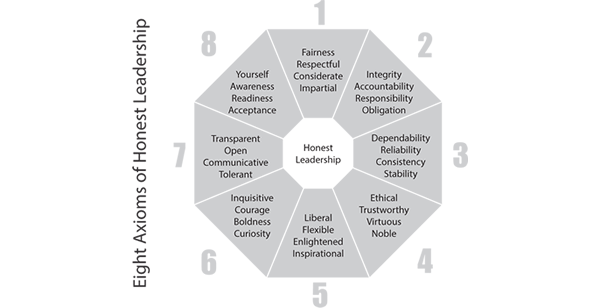 We should not consider these axioms a list of tasks to plan and do. It’s important to use our skills, personality, and behavior to move around the axioms depending on our particular scenario and context. Therefore, we must work at anchoring these axioms into our subconscious and daily activity so that all or some can become habit. Our aim should be to achieve “habitual honesty” in our leadership.

The words of Hanna van der Put, the Chief Integrity Officer of ABB, make a fitting conclusion. “It is not about rules. But about developing and working with integrity. Integrity is about behaviour.” Honesty and building trust is a never-ending job; you have to maintain your focus and continually question yourself and monitor your actions. So what are you waiting for?

About the Author
David Watkins

David Watkins, British born and Swiss married, has more than 20 years of business and leadership experience collected across the world in global blue chip organisations. He has worked in a variety of segments and countries, including the customer service and loyalty-focused travel industry, brand-driven automotive industry, and, more recently, the boom and bust construction industry. These huge variations have provided him with a unique insight on some of the very real leadership and business challenges around the world today. David holds a Bachelor’s Degree in Economics from the United Kingdom, an MBA from Switzerland and the United States, has received awards for his writing on customer loyalty, and is certified in various leadership assessment models. He recently published his first leadership book, “Where’s my dog? The search for Honest Leadership,” available on Amazon. You can contact David at [email protected]