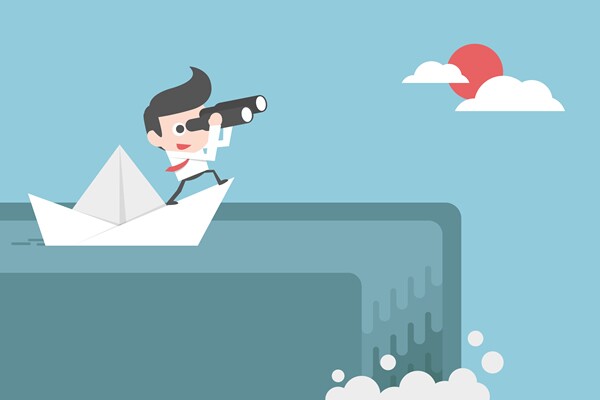 Leadership Improv: Turning the Unexpected Into an Advantage

This is Part Four of a four-part series on using improvisational behaviors to drive performance.

Most people believe the improvisational skills are something you must be born with. But guess what? Everyone improvises.

You improvise every time your boss asks you to work on a project you know nothing about—that sounds completely scary—and you say, “Sure, I’d be happy to work on that.”

One aspect of improvisation that is especially helpful to leaders is the ability to deal with the unexpected, with mistakes, and with surprises. Indeed, the unexpected is an improviser’s stock in trade! We never know what will happen from moment to moment, and we’re making it up as we go along. I’m sure that sounds like a lot of your days at work!

That flexibility and the sense that anything can happen, keeps us on our toes and ready for anything. It’s a critical skill in an ever-evolving, global professional world.

Consider the quote from management guru Peter Drucker: “The model for management that we have is the opera. The conductor has a very large number of different groups that he has to pull together. The soloists, the ballet, the orchestra, all have to come together – but they have a common score. What we are talking about today are diversified groups that have to write the score while they perform. What you need now is a good jazz group.”

Here are three steps for dealing with the unexpected.

See it and say it

When the unexpected occurs, many try to sweep it under the rug. Act like nothing went wrong and perhaps no one will notice. All that does is breed an elephant in the room. It’s the big, uncomfortable thing that everyone really does know about, but that no one will talk about.

In improv, we have to acknowledge everything on stage. That takes the power away from the event and gives it back to the people. By acknowledging an event, even if it’s ugly, you regain control.

It’s often a mental moment. You train your brain to see something as an opportunity rather than a problem. Going to Plan B is not always our preference, but it’s sometimes necessary. For example, penicillin and Post-Its both began as huge failures. It was the ability of scientists to look beyond the “mistake” to see that something great was underneath.

Leaders need to have the courage to say to the team, “The unexpected has happened. We feel pretty unhappy right now, and that’s understandable. Let’s take some time to consider how we can flip this. How can this be an opportunity for us?”

On the improv stage, if a troupe has a train wreck (the common term for a scene going completely wrong) we have to use it. By moving on or ignoring it, we lose the audience. When we’re able to use the incident for a better scene, a new character, or a plot twist, the audience is wowed and the show is a success.

The CFO of a midsize advertising firm made a million-dollar mistake. The day it happened, she visited me, almost physically ill. She knew she would have to fire people, beg vendors for extra pay time, and make it right for the client. It might ultimately mean her own job as well.

She said, “In the 15 years I‘ve worked at this firm, I’ve never made such a mistake.” I let her have a moment of silence, then answered, “And the way you deal with it will define your next 15 years at the firm.”

We spent some time talking about all the things she had always wanted to improve, change, and turn around at the firm. Why couldn’t this stressful event be the catalyst for re-examining all their processes? She began to nod, dug in, and put together a plan for the CEO the next day. It was bold, not only managing the event at hand, but addressing several other looming issues for the firm.

By coming to an issue with an improviser’s mindset—a scientist’s mindset—you can transform how you and your team manage the unexpected and reap the benefits.