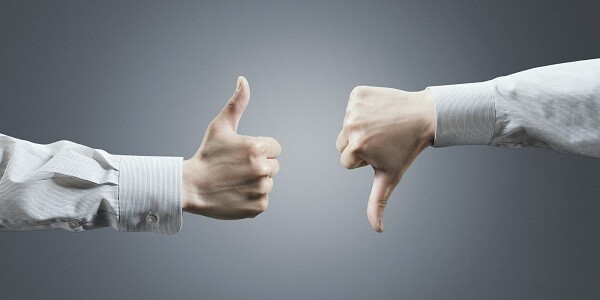 This is Part Two of a four-part series on using improvisational behaviors to drive performance.

In Part I of this series, we explored the critical importance of acceptance—saying "yes" to people and ideas in order to drive engagement. But what comes next?

In the improvisational world, the magic phrase is "Yes, AND…"

Let's start with the basics. Improvisation is an art form, in which five to six actors arrive onstage and create a show without a script, props, or costumes. It works because they are always thinking: "Yes, AND…"

No matter what an actor says onstage ("I'm lost in the desert!"), she knows that not only will her troupe immediately accept and support the idea ("Yes, you're lost in the desert!") they will also add to it. ("And I'm a palm tree in a mirage.") By constantly accepting whatever is contributed onstage ("Yes"), then adding to it ("And"), an improv troupe can build entire one-act plays out of thin air.

When this concept is applied to work situations, the results can be amazing—radical changes in business and positive engagement from employees. It's because when you apply "Yes, AND…" to life, people feel heard, valued, and accountable. When you say "AND" and get into the game, you're part of the success or failure of the project, conversation, or event.

In other words, you're onboard with what is taking place, and that brings a level of energy and involvement.

"Yes, AND…" is a powerful tool for collaboration and effective communication. So, why would changing "AND" to "BUT" be such a problem?

Have you ever shared a new thought with someone, and thought they were really on board with you? The listener says, "Yes, I get it!" There is a moment of excitement for you, but then they say, "But it will never work."

Or maybe they say, "Yes! What a wonderful plan. But we tried it three years ago and it didn't' work."

Or consider performance review time. You're getting all this great feedback. Your manager is saying, "Yes! We loved the work you did on Acme. You were so thorough, and the client loved you. But …."

Torpedo. Energy and excitement flattened. You feel not only denied, but also patronized. It doesn't really matter what comes next. After BUT, all you feel is that what came first was insincere.

Let's be honest. As critical, adult thinkers, we have a propensity to hear something and immediately decide what is wrong or how we will phrase our rebuttal. Try suspending that urge just once. Hear the suggestion. Nod and repeat it in your head. Then, instead of saying "But," "Well," or "I don't know," say "Yes, AND…."

"Want to go biking with me?" To which the adult absorbed in work email on a weekend will say, "Yes, AND let's stop at the park, too."

"I want to consider a new assessment tool." To which the manager responds, "Yes, AND I'll help you with some due diligence on the provider."

If you have negative news, be open and honest. Let your colleagues know what the issue is and ask them to be part of the solution. Tough conversations are hard to get through, AND honesty and straightforwardness show much more respect than a patronizing "Yes, BUT…."

ImprovEdge provided a one-day workshop for an HR team comprised of about 15 HR and OD professionals. The single most powerful improv principle that was still making a powerful impact on this team's effectiveness at collaborating and communicating, even nine  months later, was “Yes! AND….”

From the day of the workshop forward, the team no longer said, "Yes, BUT…" to one another when managing conflicts, making decisions, or sharing perspectives. By shifting their language, they shifted their thinking.

The team reports feeling more connected, collaborative, and more effective at finding solutions to problems because the value and perspective each person brings is more appreciated and utilized.