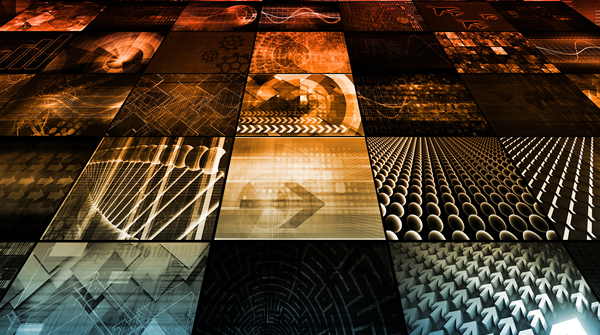 
— from “My Vision: Challenges in the Race for Excellence”
by His Highness Mohammed bin Rashid Al Maktoum,
Vice President and Prime Minister of the UAE and Ruler of Dubai

There is little argument that leadership is comprised of many facets. For many, leadership is the key aspect of a manager’s job—as well as a critical component of any directing function.

More importantly, many agree that a main role of leaders is to empower others to work toward specific objectives. Accordingly, leadership is a constant process, rather than a “product” that happens overnight. In addition, leadership is focused on making other people feel more energetic and determined to work. In other words, leadership is a “contact sport” that routinely occurs via positive social modeling and continuous learning and development. Apart from this “relationship” dimension of leadership, there is an emphasis on accomplishing purposeful tasks, improving performance, and achieving results.

What the Research Tells Us

Clearly, leadership is one of the most loaded, not to mention well-established, issues in management today—whether we are dealing with a global corporation, government institution or a start-up in Abu Dhabi, London, Minneapolis, Moscow, Mumbai, Shanghai, Silicon Valley, or Toronto. And even though we have been studying “leadership” since the time of Plato, the same questions emerge:

How we thought about leadership and its development, though, has changed over the years. Let’s now explore the journey of leadership.
Trait Approaches to Leadership

Trait approaches seek to uncover what makes a leader—in contrast to those who are not leaders. The typical assumption is that that some people simply possess the “right stuff” to be leaders, while others do not. The implication is that good leaders are, in fact, “born to lead.” These "born leaders" possess unique traits that are not equally present in all individuals.

For example, Kirkpatrick and Locke (1991) researched the regularity of certain traits in leaders, such as:

The study found weaker support for other traits commonly touted as necessary leadership traits, including charisma, creativity/originality, and flexibility.
Meanwhile, Daniel Goleman (1998) produced a meta-analysis of leadership competency frameworks in 188 different enterprises. He found that it is the “emotional” competencies—a combo of traits and abilities enabling people to work with others and lead positive change—that make an effective leader. His research found that five emotional intelligence (EQ) competencies (self-awareness, self-regulation, motivation, empathy, and social skill) were twice as significant as other capabilities, specifically: technical skills (accounting or business planning) and cognitive skills (big-picture thinking or analytical reasoning).

Research, however, has demonstrated little consistency in these “bundles” of personal capabilities among power leaders who drive organizational performance far above the norm.

Along a different vein, other leadership analysts have shifted the emphasis of study from “what the leader is” to “how leaders behave.”

For example, McGregor (1960) held that the leader determines the style they manage staff, and thereby, successively determines how the staff behaves. Leaders who buy into “Theory X” believe that people are naturally irresponsible and uncooperative, and must be rewarded or punished to add value. Leaders who subscribe to “Theory Y” believe that followers are naturally energetic, growth-oriented, and interested in being utilitarian. Though the model admittedly plays up and groups leadership behaviors along an orientation toward employees, it offers little concrete basis for action.

Furthermore, Blake and Mouton (1964) created the “Managerial Grid,” which is based on two facets of leadership behavior: people and production. This grid then produces four leadership styles:

However, although this framework is significantly more inclusive (the assumption being that leadership involves learning leadership behavior) and numerous leadership development interventions have been built on it, it fails to account for events and circumstances that cannot be predicted with certainty.
Finally, situational leadership, a contingency model by Hersey & Blanchard (1988) provides a remedy for adapting the leadership style to fit the demands of the environment. Having diagnosed the developmental level of the followers, as well as their needs, this model contends that the leader works through the four styles:

Again, many current leadership development solutions are being designed around this model of leadership. Perhaps, though, it is time to move onto a post-heroic view of leadership that offers an L&D orientation of leaders.
This will be the focus of my next post in this series on leadership. Stay tuned...

About the Author
Bart Tkaczyk