Leadership's Impact on Productivity and Engagement 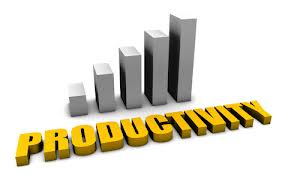 Often when leaders talk about increasing productivity, what they really mean is that they think people should work harder. This is not a very motivating concept because what they are actually saying is that they do not believe their teams are working hard enough. This actually has the opposite effect, and it demotivates teams. It just isn't good leadership.

Working hard versus being productive

Good leaders understand that there is a big difference between working hard and being more productive. Asking people to just work harder is the lazy leader’s way of trying to increase output. Instead, good leaders ensure that their teams have the right tools, resources, and training to be effective.

This means that leaders should analyze everything that they do and eliminate tasks that add little to no value or detract from the actual goal. Leaders need to focus on finding ways to work smarter—not harder. And remember: there is a physical limit to the number of hours in a day.

When leaders take this approach, they will find that their teams are more motivated and appreciate their leadership. When these workers see that their efforts are turned directly into output, they are much more prepared to increase their effort.  They become inspired, which is the goal of all leaders—to inspire their teams.

People want to be successful. As leaders, we need to put our teams in the position where they can be as successful as possible. Once we have done that, then our job becomes easy. It’s then merely a question of recognizing and praising the increased output of our employees.

Bottom line: When teams are focused on the wrong things, it doesn’t matter how much harder they work, neither the leader nor the worker will see any benefit. Instead, it will just lead to frustration and demotivation.

I think there are many answers, but the first and most effective leadership practice is to give the work a higher purpose—if possible. We all want to feel that we performed a great day’s work and really added value.

Case in point: When I worked at DHL, the business manager told the team that the real purpose of “Improving On-Time Delivery Program” was not about improving customer satisfaction, reducing penalties, or increasing productivity. Instead, the real purpose of the program was to ensure that kids got their birthday presents on their birthday, and that patients received their medication when they needed it.

This gave the work a higher purpose. You could see employee engagement visibly rise within the group. Not only did the team know what they were doing, they understood why.

Another way to increase engagement is to escalate employee involvement in the decision-making process. As the saying goes, “No involvement, no commitment.”

If people feel as though they had a part in the decisions, they will feel more involved in the project. Their thinking shifts: Now, it is their project rather than something that has been predetermined, and they have no chance of shaping.

A good leader can also increase engagement through the way that he interacts with his team. If leaders keep their distance and manage through a command-and-control style, they will have a negative effect. Whereas a leader who is open and close to his team—where the team feels they are working with the leader rather than for the leader—will instill significantly more engagement in his team.

The better your team understand the goals, the approach, and the reasoning, the more engaged they will be. If they are unsure of the what, why, and how, then it’s very difficult to engage.

While there are many other techniques to increase engagement, I do feel that these are the most powerful and should be explored first.

About the Author
Gordon Tredgold

Gordon Tredgold is corporate vice president IT Global Service Delivery at Henkel. He is the author of Leadership Principles, and his first book, Leadership: It’s a Marathon not a Sprint, will be available November 28, 2013.