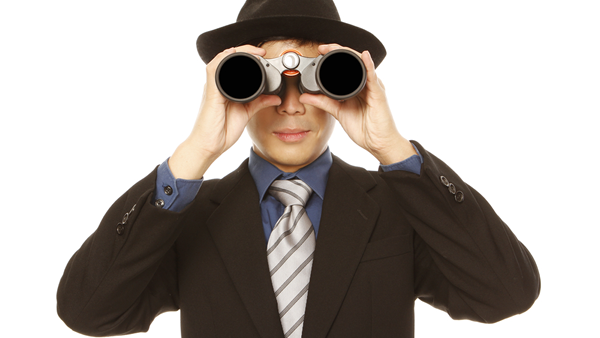 Leading for the Long Term

One of the great scourges of our age is “short-termism.” Too many leaders get caught up in the game of manipulating numbers and burning people out in an aeffort to meet the expectations of Wall Street or short-sighted executives. A staggering 78 percent of the managers surveyed in a large-scale study of CFOs and CEOs admit to sacrificing long-term value to achieve short-term smoother earnings.

According to Sheila Bair, former chair of Federal Deposit Insurance Corporation, “The common thread running through all the causes of our economic tumult is a pervasive and persistent insistence on favoring the short term over the long term, impulse over patience.”

Some companies succeed by pulling out all the stops and sacrificing the long term for the short term. They cut corners or abuse some stakeholder group in order to gain temporary advantage. Eventually, they face a rude awakening. They realize that they cannot sustain such manufactured gains because they borrowed from a future quarter or depleted precious assets.

It is one thing to achieve success for a while. It is another thing entirely to achieve success ethically and to sustain it over time. What we call “triple crown leadership” focuses not just on results, but on building an excellent, ethical, and enduring organization—the three legs of the triple crown quest.

“Enduring” means standing the test of time and operating sustainably. “Sustainability” is a buzzword these days that means different things to different people. To us, it means proper stewardship of people and resources.

Thankfully, there are examples of organizations that reject the siren call of short-termism and instead play the “long game.” Many of the 61 organizations we interviewed for  the book Triple Crown Leadership have impressive track records dating back centuries: Princeton University (1746), Perkins School for the Blind (1829), GE (1878), Mayo Clinic (1889), and Coleman Corporation (1899).

It appears that some of today’s tech titans are joining this quest as well. In their 2004 IPO letter, Google cofounders Larry Page and Sergey Brin wrote:“As a private company, we have concentrated on the long term, and this has served us well. As a public company, we will do the same. In our opinion, outside pressures too often tempt companies to sacrifice long term opportunities to meet quarterly market expectations. Sometimes this pressure has caused companies to manipulate financial results in order to ‘make their quarter.’ In Warren Buffett’s words, ‘We won’t ‘smooth’ quarterly or annual results: If earnings figures are lumpy when they reach headquarters, they will be lumpy when they reach you.”

When Amazon went public in 1997, its founder and CEO Jeff Bezos issued a manifesto in which he wrote that “It’s all about the long term,” and that the company is focused on building “something that we can tell our grandchildren about.”

Core concept: Aim not only to be excellent and ethical, but also to endure. Ensure that you achieve results ethically and that your results and impacts are sustainable.

About the Author
Bob Vanourek

Bob has served as CEO of New York Stock Exchange companies during his thirty-year business career. As the former CEO, Bob guided Sensormatic (a $1 billion security company) and Recognition Equipment (a $250 million high-tech company) through successful turnarounds. Bob is co-author of Triple Crown Leadership: Building Excellent, Ethical, and Enduring Organizations (McGraw-Hill), a 2013 International Book Awards winner. Bob has served as Group Vice President and Division President of two major divisions of Pitney Bowes and Vice President, General Manager of two divisions of Avery International. Bob has led businesses and teams that have won numerous local, state, and national awards, including a state-level Malcolm Baldrige Quality Prize and the Shingo Prize for Manufacturing Excellence (shortly after Bob left). Bob is co-author of Triple Crown Leadership: Building Excellent, Ethical, and Enduring Organizations (McGraw-Hill), a 2012 USA Best Book Awards finalist. His writing has been featured in or reviewed by Fast Company, American Management Association, Center for Creative Leadership, Leader to Leader, Leadership Excellence, CNBC Bullish on Books, Investor’s Business Daily, and more. Bob has taught leadership at the University of Denver and Colorado Mountain College and is Chairman Emeritus of the Vail Leadership Institute. Bob has served on the boards of and consults with numerous businesses and community organizations. He is a Baker Scholar graduate of the Harvard Business School, a magna cum laude graduate of Princeton University, and served as an officer in the U.S. Army.

About the Author
Gregg Vanourek