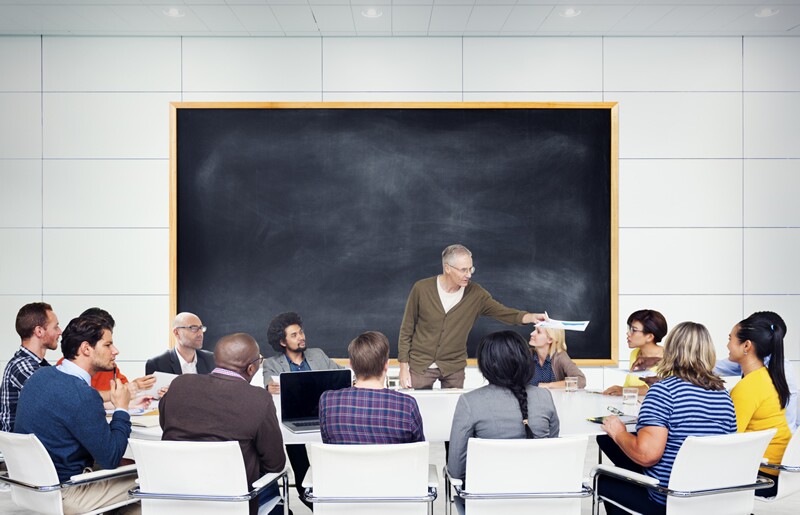 Learning How to Learn By Willie Pietersen

In a 1997 Harvard Business Review article with the propitious title, “The Living Company,” Arie de Geus declared: “In the future, the ability to learn faster than competitors may be the only sustainable competitive advantage.”

Of course, change has always been with us. The list of corporate casualties is a long one: Kodak, General Motors, Sears Roebuck, US Steel, Borders, Pan Am, to name a few. But they represented a slow descent to the bottom. Today’s digital environment brings sudden revolutions that can change the rules of success almost overnight. Witness the rapid demise of Nokia and Blackberry, two giants of the smartphone industry, in the wake of the 2007 launch of the iPhone.

“Welcome to the Exponential Age,” as Robert Goldman, chairman of the International Medical Commission, once said.

De Geus’s prediction was based on Darwinian principles. The life expectancy of a species depends on its ability to generate favorable variations that will enable it to flourish as the environment changes. In nature this happens randomly over numerous generations. The “survival of the fittest” signifies those variations best suited to the shifting environment.

For organizations to survive, however, they must generate favorable variations purposefully within their lifetimes. They cannot rely on the genetic lottery. Here we return to de Geus and his concept of a “living company.” In an increasingly turbulent world, the crucial life-sustaining competency is learning how to win at learning.

Executives appear to recognize this imperative and frequently exhort their companies to become “learning organizations.” Still, many businesses fail to instill the right practices for developing a thriving learning culture.

In my experience, the following five precepts have proven to be powerful drivers of organizational learning.

Define What to Learn

Learning is a demanding pursuit. The human brain typically comprises about two percent of our body weight, but consumes roughly 20 percent of our metabolic energy — more than any other organ. There are many ways to deploy that energy. To be strategic, organizational leaders must direct intellectual resources toward the right goals through a process of guided learning.

By far the most advantageous learning is outside-in. This means incessantly honing practices to achieve a superior understanding of the external environment before looking inward. Research done by the Anglo-Dutch consumer products giant Unilever confirms the primacy of understanding customers. Their investigation concluded that customer centricity, not operational efficiency, is a firm’s main source of competitive advantage. The winning way is to turn learning about customer needs into a collective obsession.

Learning Is a Journey, Not an Event

Oliver Wendell Holmes, the famous US Supreme Court judge, serves as an inspiring example of how learning is a way of life, not a once-and-done enterprise. When Holmes was 91 and in retirement, President Franklin Roosevelt paid him a visit and found him reading Plato. Roosevelt asked him why, to which the old man replied, “To improve my mind.”

In too many companies, learning is treated as a seasonal occupation, something that is given its due at strategy time, then brushed aside as they turn their attention back to operational matters. But change doesn’t stop on the outside, so no company can afford to stop learning on the inside.

Instilling learning as a habit starts with the individual. A practice I recommend is to keep a learning journal. We learn continuously from diverse sources such as newspapers, books, conversations, and experiences. But these insights are soon lost in the ferment of everyday life. Research by the nineteenth-century psychologist Hermann Ebbinghaus shows that in the absence of counter-measures, the average person loses up to 90 percent of new information after 30 days. He recommends these antidotes: promptly record new learning; review these insights regularly; and apply them in practice as soon as you can.

Questions Are More Important Than Answers

Learning is engendered by asking the right questions. Most advances in knowledge through history have stemmed from a searching question dauntlessly pursued. In fact, producing answers without the right questions can be downright dangerous. As noted by the eleventh-century poet and philosopher, Solomon Gabirol, “A wise man’s questions contain half the answer.”

Socrates, as we know, was the great exponent of learning through questions. His method was revolutionary. Before him, learning was mainly about mastering the art of rhetoric—demonstrating knowledge by making impressive speeches. Socrates turned this method inside out.

Comparing his approach to that of his mother, a midwife, Socrates asserted that he sought not to give birth to an insight, but to facilitate its delivery. He showed that entrenched answers create fixed mental models and become substitutes for critical thinking. Inevitably these fixed ideas — and the organizations that cling to them—are overtaken by events. The right questions force us to challenge our underlying assumptions and open our thinking to new vistas.

What often brings organizations down is the question they failed to ask. Just look at the tragic collapse of General Motors before it was rescued by the government. As their market share and profitability declined year after year, they obsessed over their cost disadvantages versus Toyota, and, in the process, lost touch with their customers. Questions exploring a decline in their customer satisfaction—the root cause of their market share collapse—were simply not pursued.

A key part of a leader’s mission is to serve as the chief learning officer. This requires cultivating the practice of asking good questions as a driver of organizational learning. But there is an important caveat. Questions can also be used as weapons. These are the intimidating “gotcha” kind, designed to expose ignorance or incompetence, shut down discussion, and produce fear and evasiveness, not learning. The key is to promote the habit of asking questions that invite exploration and dialogue, and that demonstrate an honest interest in the answers.

Decision making is not the pursuit of certainty; it is about choosing actions in the face of uncertainty. It involves taking risks. In today’s turbulent environment, outcomes are harder to predict than ever before, and the chances of being wrong are rising. Nevertheless, unless organizations are prepared to take risks, they cannot expect to reap rewards.

Faced with this challenge, many CEOs urge their employees to take “prudent risks.” And failures are often punished, creating a culture of risk aversion.

I have found it fruitful to look at this issue differently. Risk taking is one side of a coin; the other side is mistake making. A certain percentage of mistakes is the inevitable by-product of risk taking. Although it sounds counter-intuitive, encouraging sensible risk taking is all about how an organization deals with the reverse side of the coin — mistake making.

There are dumb mistakes and smart mistakes. Dumb mistakes are repeating your own or others’ mistakes, betting more than the organization can afford to lose, and acting without a strong-enough case. These are unacceptable. But what’s left over are smart mistakes, under one crucial condition: that the value of the learning is greater than the cost of the mistake.

This approach shifts the culture from blaming to learning, and forces the organization to define, measure, and act on what has been learned. This is the way science advances. Scientific experimentation produces progress based on the strict premise that if a failure is buried or denied, we cannot learn from it.

Get Away From the Urgent, Think About the Important

In the words of futurist Paul Saffo, “Our dilemma is the growing gap between the volume of information and our ability to make sense of it.” Our problems accumulate at a rapid pace. How can we make creative decisions in such an intense environment?

The remedy lies in understanding how our brain works. The evidence is clear. When we have been hammering away at a problem, the secret is to not go on hammering; it is to withdraw and change our mental state.

Nikola Tesla is famous for inventing the induction motor, which can run on alternating electric current without rapidly burning out. But it was a huge struggle getting there. Tesla slaved obsessively for years with countless designs but was stymied and gave up in despair. Some months later, while walking in a Budapest park, the answer flew into his head unbidden. In that unexpected instant, the tremendous industrial value of alternating current was unlocked.

This could never have happened without his prior mental engagement—there is no substitute for hard work—but the breakthrough came when a different set of stimuli opened his mind.

The ideas I have offered draw their power from fundamental principles about the nature of learning. I am reminded of Alvin Toffler’s profound definition of the learning process: “The illiterate of the future are not those who cannot read or write, but those who cannot learn, unlearn, and relearn.”

About the Author
Willie Pietersen

Willie Pietersen was raised in South Africa, and received a Rhodes Scholarship to Oxford University. After practicing law, he embarked on an international business career. Over a period of twenty years he served as the CEO of multibillion-dollar businesses such as Lever Foods, Seagram USA, Tropicana and Sterling Winthrop's Consumer Health Group. In 1998, Pietersen was named Professor of the Practice of Management at the Columbia University Graduate School of Business. He specializes in strategy and the leadership of change, and his methods and ideas, especially Strategic Learning, are widely applied within Columbia's executive education programs, and also in numerous corporations. He has served as a teacher and advisor to many global companies, including Aviva, Bausch & Lomb, Boeing, Chubb Corp., Deloitte, DePuy, Ericsson, ExxonMobil, Henry Schein, Inc., Novartis, SAP and also the Girl Scouts of the USA.

Colleen Patricia Danos
April 30, 2018 05:59 PM
Thank you very much for such a delightful article full of wonderful concepts and for sharing your invaluable expertise. This article was a joy to read and highlights the importance of learning and using fresh thinking and hard work to achieve winning results. I really enjoyed your summation ending with Alvin Tollfer's spot on definition of learning: the process of learning, unlearning, and relearning. I think this article is really going to stick with me. All my best, Colleen
Sorry! Something went wrong on our end. Please try again later.