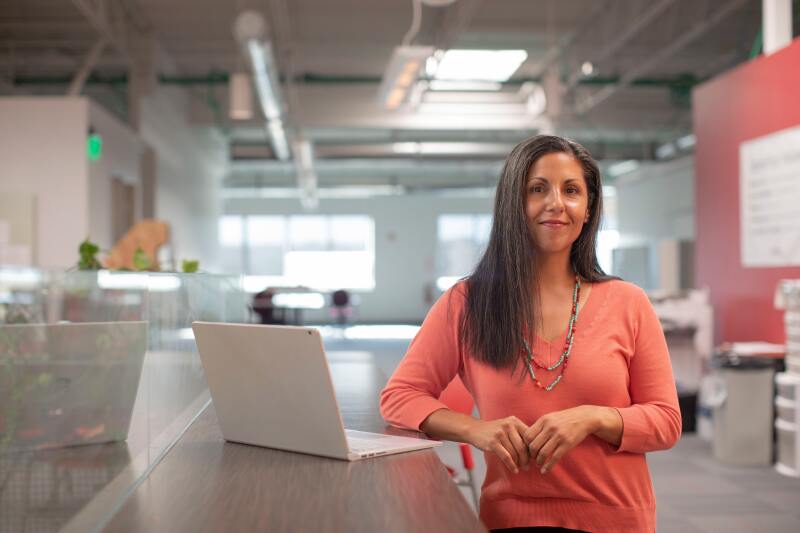 /dəˈskrimənəˌtôrē/
adjective
making or showing an unfair or prejudicial distinction between different categories of people or things, especially on the grounds of race, age, or sex

When I was writing The BS Dictionary: Uncovering the Origins and True Meanings of Business Speak, I hadn’t given much thought to the idea that business language has an inherent bias built into it. The original idea for the book came about because I viewed the corporate words and idioms I was researching as nothing more than a funny and intriguing nuance of the modern workplace. But then I started interviewing female business leaders and their observations made me reassess that view. While business speak can be funny and intriguing for everyone, it can also be a big barrier for minorities, women, and non-native English speakers. And, in some ways, it’s meant to be that way.

Let me start with a few stats. A recent article published by the Huffington Post reported, “Women represent about 5 percent of Fortune 500 CEOs. Minorities represent approximately 4 percent of Fortune 500 CEOs. Therefore, only 9 percent of the biggest companies in the United States have CEOs who are not white men.” Since that report was published, the number of female CEOs at Fortune 500 companies has increased (but it’s still clearly a white man’s world at the top of corporate America). And our language reflects that.

When I interviewed Penelope Trunk, an influential career coach, about business speak, she remarked that the majority of the terms listed in my book originated from white men: EBITDA (popularized by cable executive John Malone), out of pocket (O. Henry), the funnel (William Townsend), and the list goes on and on. There are the occasional exceptions—GOAT (Muhammad Ali) or throwing shade (Jane Austen—you go, Jane!)—but after spending months researching almost 300 commonly used business terms for the book, I would have to agree with that observation.

Trunk believes that’s a problem: “People like to work with people that are like them, and language is a way to figure out who’s like you.” This dynamic, she explains, encourages white men in power to use business terms largely created and embraced by other white men as an exclusionary tool against people who aren’t like them—namely, women and people of color.

And it’s not necessarily a conscious thing, she continues. People don’t set out to discriminate with language, but they learn it to be part of the club. In this case, the white men club.

/ˈstādəs/
noun
the relative social, professional, or other standing of someone or something

For more on this, I spoke to Emily Zawisza, the director of corporate sales for Four Day Weekend out of Fort Worth, Texas. Four Day Weekend is a comedy troupe that has established itself as a sought-after keynote speaker and entertainment provider within the corporate event circuit.

When she started working at the company about three-and-a-half years ago, one of Zawisza’s first meetings was at a big oil and gas company that, as she put it, had a “male-dominated C-suite.” That, by itself, would be incredibly intimidating for a 30-something year old female. Zawisza described the experience of pitching the idea of the comedy troupe to this multibillion-dollar oil and gas company this way: “There are five executives (all 60-year-old white men) asking me about business terms that, in retrospect, they know I don’t know, and I’m thinking, ‘What are they talking about?’ All of it was coming at me so fast.”

About a week later, the oil and gas executives asked Zawisza to come back, but this time she brought one of her white male colleagues, Dave, to the meeting. “Dave regurgitated my exact proposal and then they were all handshakes and ready to go,” she recalls. “He spoke their language and understood their buzzwords. It was like they just needed that reassurance.”

Whether the executives consciously discriminated against Emily as a female is not the point so much as the use of business jargon in this case adds to that barrier already faced by women and minorities. Angela Noble-Grange, a senior lecturer of management communication at the Cornell SC Johnson College of Business, says one of the reasons we use business speak is to build credibility with those in power in the workplace: “You sound smart if you’re using the words that the people who are above you are using. [There’s] instant credibility because you can use those words.”

In recent times, we’ve seen a lot of ways that our unconscious biases can manifest in a rather ugly manner. Because we’re not always conscious of it, we don’t see it as being discriminatory when, in fact, it creates a barrier between people.

Is the solution for people to learn more about business language in greater depth? Sure. That’s why I’m proud The BS Dictionary exists. When Tim Ito and I wrote it, one of our primary goals was to educate and enlighten readers on commonly used business terms so people could walk into their next meeting knowing what they were and how to use them properly.

But I think it’s also that we have to be much more transparent about how we communicate and take a step back to ensure the other people in the room always know what we’re trying to say. And that’s always a good strategy regardless of the audience. 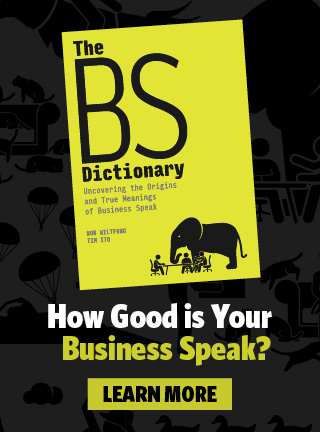 About the Author
Bob Wiltfong

Bob Wiltfong is a public relations expert, content specialist, and coach. An Emmy- and Peabody-award-winning storyteller, he has expertise in journalism, video production, and on-camera hosting and performing. Bob resides in Ponte Vedra, Florida.

3 Comments
Sign In to Post a Comment
Sign In
SB
Sandra Bernard
July 08, 2020 02:03 PM
I do not see the connection between discrimination and industry jargon. Example of Lumber & Building Materials Industry jargon: Our customers come in and ask for 'mud'. We need to know what that is to meet their requirements. When you are a new sales employee, male or female, how ever you identify, no matter what ethnicity, race or age, we teach you the basics, provide tools to learn the industry and the products and peer coaching takes care of the rest.
Sorry! Something went wrong on our end. Please try again later.
SM
Sam Moran
July 08, 2020 01:39 PM
Are we becoming so sensitive, and expecting everyone to please us? to each of us regardless of sex, color, or any differences the most important person is "ME" so why do we expect different from 'White men"? If you do not know the business language learn it, all industries and ethnicities have a culture with their own idiosyncrasies. that would be like me saying America discriminate me because they speak English. My mom used to say "When in Rome; do like The Romans". Time to move forward.
Sorry! Something went wrong on our end. Please try again later.
ML
Mitchell Lawrence
July 08, 2020 11:39 AM
There are fallacies in logic in some of the statements cited; however, this space only leaves so many characters to reply--I'll pick one. Suffice it to say that people want to work for winners, regardless of language, perks, etc. If that means adopting a certain lingo, dress, etc., then followers will get onboard. This is consistent regardless of race. No one quit the NE Patriots because of Coach Belichek's idiosyncrasies, leadership style, demands, etc., for example. He wins (Super Bowls).
Sorry! Something went wrong on our end. Please try again later.
Sorry! Something went wrong on our end. Please try again later.