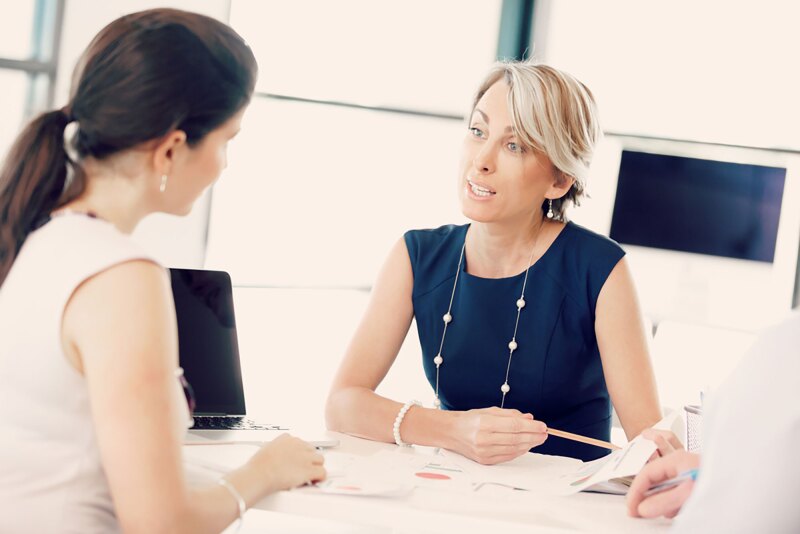 "Even modest improvements can justify hiring a coach. An investment of $30,000 or so in an executive who has responsibility for tens of millions of dollars is a rounding error."
―Jerome Abarbanel, VP of Executive Resources, Citibank

The demand for executive coaching has experienced rapid growth. Executive coaching is now a multi-billion-dollar industry. All signs indicate that executive coaching is a sound investment. Studies report an impressive ROI of 500-800 percent. A study conducted by MetrixGlobal LLC, for example, reported an ROI of 689 percent associated with executive coaching (and this finding accounted for the entire cost of coaching, including the opportunity costs associated with the time leaders spent not on the job in coaching sessions). Citing similar results, the International Coach Federation (ICF) has presented a body of research demonstrating that coaching tends to generate an ROI of between $4 and $8 for every dollar invested. On the other hand, it’s important to note that Anthony Grant of the University of Sydney claims that too strong of an emphasis on financial returns can result in coaching interventions that increase stress and anxiety. To avoid narrowly focusing on financial returns, it’s important to consider the multitude of tangible and, perhaps more important, intangible benefits of coaching and develop goals accordingly.

While there is a multitude of different tangible benefits associated with executive coaching, many benefits don't appear as line items on financial statements. Executive coaching often focuses on leadership skills and relationships with managers, direct reports, co-workers, and other stakeholders. In these cases, executive coaches focus on teamwork, problem solving, decision making, and conflict resolution skills. The results can be transformative. A survey reported by Clear Coaching Limited found that executive coaching resulted in improvements in work relationships within a team (50 percent frequency), employees' abilities to see others' perspectives (47 percent), and improved atmosphere (40 percent). In a world where the strength of an organization's culture is increasingly trumping salary levels in terms of importance to employees, these intangible benefits are more relevant than ever.

An often-overlooked intangible benefit of executive coaching is stress reduction. Executive coaches can empower executives with an arsenal of tools and tactics to combat stress and, in turn, improve productivity levels. A study by Jan Ramsøy and Sigrid Stover Kjeldsen, in cooperation with the Norwegian University of Life Sciences, found that coaching reduced executives’ stress levels by, on average, 18 percent after only eight to 10 coaching conversations (some participants experienced stress level reductions as high as 47 percent). Perhaps what’s most powerful is the fact that effective coaching appears to be contagious! Research by Dr. Sean O’Connor & Dr. Michael Cavanagh of The University of Sydney found that the closer employees are situated to individuals who have participated in coaching, the higher their levels of well-being.

The Ripple Effect of Executive Coaching

What’s especially compelling about investments in executive coaching is the fact that, when executed properly, there’s an associated ripple effect. A 2013 study by Anthony Grant found that executives who received coaching experienced effects that transferred over into the executives' family life, including heightened work–life balance and improved relationships with family members. It has also been my clients’ experience that for every executive coached, hundreds of others are positively affected, including their manager, their peers, their direct reports, and those employees’ direct reports as well. This extends to hundreds of people, and even more if one counts customers.

Whether you’re examining bottom-line results or the holistic impact on people’s lives, executive coaching is a benefit to everyone in and around an organization. 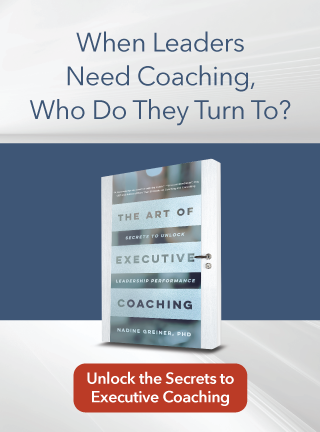 About the Author
Nadine Greiner, Ph.D.

Nadine Greiner, Ph.D. is the CEO of On Target Solutions, which provides full-suite contemporary Organization Development Solutions.  Dr. Greiner teaches in masters and doctoral programs, coaches and trains other consultants, and wrote The Art of Executive Coaching.  Since she first served as a CEO at the age of 38, she understands leaders’ experience first-hand.  Nadine Greiner offers her clients the expertise that comes along with 30 years of consulting success, and a dual Ph.D. in Organization Development and Clinical Psychology.  She loves animals and Zumba.

5 Comments
Sign In to Post a Comment
Sign In
HL
HOLLY LARSEN
September 09, 2018 02:29 PM
Thanks for this article, Nadine. Well said. In my experiences working with executives in my communication capacity, I can usually tell which have been exposed to coaching. They are consistent in their approaches and often have methods for stress reduction that they regularly employ. Their teams often reflect their approach so good executive coaching leads to better team response and production. I am looking forward to reading your book.

lorraine Hitchman
September 05, 2018 06:15 PM
Thanks for a great article Nadine it has given me a lot to think about and some excellent messages to bring to those I consult and coach - ill look forward to reading more from you. :)