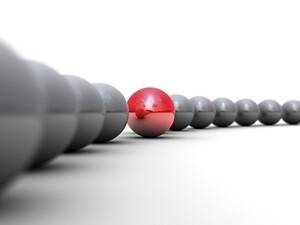 Most L&D practitioners have a general familiarity with Maslow's hierarchy of needs. But I wanted to dig deeper into the model to determine whether it truly has sufficient validity to still be considered useful in today’s business environment.

In particular, I was interested in understanding why there are so many different images of the hierarchy that have proliferated in textbooks and on websites. What image did Maslow use originally? What parts of his theory have been reviewed and tested empirically? Is the hierarchy just another popular but fundamentally flawed myth? These were the questions I set out to answer.

Myth #1: Maslow Represented His Hierarchy in the Shape of a Pyramid

In reality, Maslow never conveyed his theory using the image of a pyramid, and it’s difficult to say whether Maslow would have approved of any current visual representations of his theory. Some Maslow scholars believe the pyramid shape is a serious perversion of the theory through gross simplification and, if Maslow had selected a visual, it would have appeared much more dynamic than a fixed, linear structure.

I’m not so sure, though. The original paper introducing Maslow’s framework is called A Theory of Human Motivation (1943), which was later republished in his book Motivation and Personality (1954, 1970) with fairly minor adjustments. I’ve read both versions, and his use of the word “hierarchy” in both documents seems to naturally imply a pyramid structure. As you start to examine Maslow’s words more closely, it’s clear that many reversals and exceptions can occur—it’s not strictly fixed. However, Maslow always held that there was a basic, relatively orderly, five-step structure of needs that applied to most people in the general population, with each lower-level need exerting a slightly stronger influence over the next highest need in the sequence.

Myth #2: Each Need Must Be 100% Fulfilled Before Moving onto the Next

This interpretation of the theory is a major simplification; it’s a little more complicated than that. Maslow wrote: “So far, our theoretical discussion may have given the impression that these five sets of needs are somehow in a step-wise, all-or-none relationships to each other. We have spoken in such terms as the following: ‘If one need is satisfied, then another emerges.’ This statement might give the false impression that a need must be satisfied 100 percent before the next need emerges. In actual fact, most members of our society, who are normal, are partially satisfied in all their basic needs and partially unsatisfied in all their basic needs at the same time.

Myth #3: The Sequence of the 5 Basic Needs Applies to EVERYONE

Far from being inflexible in his thinking, Maslow was very aware of the tendency for individual discrepancies to be present within the human population. Motivation is highly personal. What matters to one person might mean nothing to the next. As many theorists involved in the study of human motivation continue to discover, any attempt to make broad generalizations can be very precarious and this was a point Maslow was especially quick to concede.

According to Maslow, “We have spoken so far as if this hierarchy was a fixed order but actually it is not nearly as rigid as we may have implied. It is true that most of the people with whom we have worked have seemed to have these basic needs in about the order that has been indicated. However, there have been a number of exceptions.”

In total, Maslow listed seven exceptions that deviated from the typical hierarchy structure. For example, he observed that for some people, the need for self-esteem was swapped for the need for love. This was considered to be the most common reversal in the hierarchy. Maslow also noticed people who had become so acclimated to unemployment that their needs for achievement and personal growth seemed to gradually fade away, effectively removing the top two levels of the hierarchy. Similarly, there were people who had been “starved for love” in early childhood, resulting in a numbing of the desire for friendship and social connection—the path to the antisocial or “psychotic personality,” as Maslow called it.

However, the exception to the hierarchy structure that both fascinated and puzzled Maslow more than any other was the “creative artist.” These were people in whom the need to self-actualize appeared to take precedence over all other needs. For the painter, musician or writer, he would enter a trance-like state and become so immersed in his craft that he would disregard the need for food, water and even sleep—becoming, quite literally, the “starving artist.”

Myth #4: Maslow Later Revised the Hierarchy to include “Self-Transcendence” as the Highest Need After “Self-Actualization”

This issue is actually quite complicated and somewhat controversial, so I’ll do my best to summarize it. To start, Maslow never formally amended his theory of five basic needs. All pyramid images that you see on Google with more than five levels are interpretations and inferences made by other people based on Maslow’s work. With that said, however, there is strong evidence that Maslow, in his later writings (particularly in his journal entries) viewed “self-transcendence” as a further step that was separate and distinct from “self-actualization.”

For more on this myth, see Rediscovering the Later Version of Maslow’s Hierarchy of Needs: Self-Transcendence and Opportunities for Theory, Research, and Unification by Mark E. Koltko-Rivera, who notes, “… it is clear that Maslow meant to [revise the theory], which settles the question of his theory’s content, although not its validity.”

Myth #5: Maslow Later Revised the Hierarchy to Include “Aesthetic Needs” and “Cognitive Needs”

Although Maslow did briefly examine these elements in his writings, he was somewhat uncertain as to the precise role they played. Consequently, he kept them separate from the five basic needs. It’s not necessarily wrong to use a seven-level or eight-level pyramid that includes these elements, but be aware that Maslow was rather tentative about them if you plan to use an extended version.

Myth #6: The Hierarchy Is Supported by Strong Empirical Research

This myth is a really important point to bear in mind. The truth is that Maslow’s theory was based on his own personal observations and his biographical analysis of individuals who he considered to be “self-actualized.” The theory was not based on any credible empirical research. In Maslow’s defense, he never promoted his theory as if it were a fact. In addition, the whole point of putting forward his theory was to stimulate research in the area of human motivation, which had received little to no attention at the time.

Since Maslow’s death, research has found there to be partial to little or no evidence for the validity of the five-need hierarchy. One of the most frequently cited reviews comes from Wahba and Bridgewell (1976), who reviewed studies based on Maslow’s theory and stated: “The literature review shows that Maslow’s Need Hierarchy Theory has received little clear or consistent support from the available research findings. Some of Maslow’s propositions are totally rejected, while others receive mixed and questionable support at best.”

The authors also noted that the theory “is almost nontestable” because Maslow did not provide clear, standard definitions of each need construct, but mainly because it is very difficult to measure the relative satisfaction of needs and the precise extent to which a need must be satisfied before the next emerges, or even what a need is (whether it was psychological and/or physiological). These issues pose a significant challenge for future researchers.

Likewise, in a well-publicized study from 2011, researchers from the University of Illinois examined the association between need fulfillment and subjective well-being (SWB) across 123 countries, finding that many of the needs Maslow described appeared to be universal, but the order in which these needs are met had little impact on people's satisfaction with life. In other words, higher-level needs like autonomy, social support, and feeling respected were still important despite the fact that lower-level needs were not being fulfilled.

Despite its lack of empirical support, I do not see the hierarchy as a myth or a relic that should be thrown away. It certainly has flaws that are relevant when considered from a strictly academic perspective. As such, it should be very clear to any group who encounter the model that just because it is well-known, it should not be treated as fact. That said, the general configuration of the framework is not entirely unsupported by research. The five basic needs are considered to be universally valid, but it’s the linear succession (one need being prepotent over the next) that is considered the main problem.

People are often drawn to Maslow’s hierarchy because it is simple, orderly, neat, well-defined, and—for many people—it appears to make intuitive sense based on their own personal life experiences. The theory behind the popular pyramid image, however, is much richer, more nuanced, and more complex than what many people may realize.

Ultimately, like any business model, tool, or framework, the practical value of Maslow’s hierarchy may well be determined by how well it is explained and facilitated in the training room. I’ve seen otherwise practical, fun, rigorously validated models brutalized by bad facilitators, and boring or nonsensical information made to look spectacular by first-class facilitators. The process is not always a reflection on the strength of the content, and vice versa.

Bottom line: Models should be used as a platform or stepping stone for innovation, creativity, growth and adapting new solutions—not to narrow people’s world-view and lock them into a fixed way of seeing things. My recommendation to practitioners is that they should know the model, but also know its limitations. Very often, it is the understanding of where a certain model or theory goes wrong that the most valuable learning takes place. I have never come across any model that is widely used in business that is free of serious criticisms or limitations.

Maslow’s hierarchy is just one mental model among many that can be useful to progress thinking forward, and as the statistician George E. P. Box once famously said, “Essentially, all models are wrong, but some are useful.”

I still have use for Maslow. How about you? Share your thoughts in the Comments below.

About the Author
Theo Winter

Theo Winter works as client services manager, writer, and researcher for TTI Success Insights Australia, a leading provider of assessment-based talent management solutions. He is among the youngest in the world to have received accreditation in the TTI Success Insights suite of assessments, and has worked with hundreds of HR, L&D, and OD professionals and business consultants seeking to bolster the emotional intelligence, engagement and performance of managers and their teams. Theo is passionate about positive psychology, neuroscience, intelligence, science education, creativity, and personal development literature. He has written more than 200 articles on topics such as leadership, recruitment, talent management, performance management, employee engagement, psychometric testing, career development, emotional intelligence, psychology, and human behavior. Connect with Theo on LinkedIn— all invitations accepted.