Napoleon Was a Neuroscientist 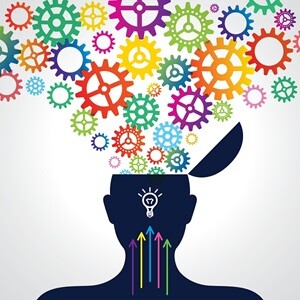 Many in the L&D industry are excited about the application of neuroscience to leadership because it can inform us about “why” people behave in certain ways. For instance, WHY should leaders be cognizant of the social motivating factors of their teams or WHY should I practice mindfulness? These aren’t necessarily earth-shattering revelations, though. In fact, many of the principles have been around for thousands of years.

However, modern science is now enabling L&D professionals to peek into the brain and explain why certain learning and memory principles work—things like restful sleep, meditation, authenticity, empathy, and so forth. Our experience has been that in this ever-increasingly skeptical, curious world, people want to know WHY interventions work and not simply that they DO work.

Case in Point: Creating an Optimal State of Mind

A perfect illustration of this was brought to my attention last week by Dr. Norm Chorn, a colleague at the Academy of Brain-Based Leadership (ABL), who is proficient in the history of tactical strategy. Chorn detailed how Napoleon Bonaparte took a very planned approach when creating battlefield strategies against his opponents.

In particular, Napoleon was famous for living among his men and sharing their experience on the battlefield. He did this so he could call on his sensory experiences when formulating a tactical strategy. He also was a prolific scholar of battle strategies—so much so that he was considered a walking repository of strategic options when it came to the “art of war.” Finally, Napoleon intentionally set aside “quiet time” to regularly clear his mind from the daily grind of being an aspiring world dictator.

It became clear to Chorn and I that Napoleon’s success as a wartime tactician could be attributed to the fact that he unknowingly created an optimal brain state for having moments of insight.

Insight Is a Process

Recently, neuroscience has discovered that the process of gleaning insight—generating those “aha” moments we’re all familiar with—isn’t merely a random occurrence in the brain. Rather, it is the end result of a few conditions that our brain generates in order to maximize our creativity.

The first condition is what we call “sensory gating” or the need to minimize visual stimulus to preserve neural space and energy for the higher brain to go to work at being creative. This is something that Napoleon did quite regularly, even during the heat of battle, by having restful, meditative time.

In addition, Napoleon’s proficient knowledge of battlefield strategies enabled him to consolidate an impressive list of “options” from which he could extrapolate a creative approach when faced with a novel situation. This is the second condition: the brain sifts through our memory centers to draw from knowledge of past outcomes and experiences to formulate an insightful solution. An example in the workplace is when we think “my micro-managerial style failed on these occasions is the past, so I can discount those approaches.”

Finally, Napoleon purposefully engaged all of his senses during the heat of battle. When generating a creative solution to a problem, the brain searches for faint signals from past failures and successes. This is a critical condition of the insight process. The more areas of the brain that can be associated with failures and successes (my managerial style failed and it made me feel depressed, my team yelled at me, and it triggered a headache) the better chance the brain has at sifting through possible options quickly to weigh viable solutions. This is why it’s easier to describe a good steak after you’ve smelled and eaten one, as opposed to simply seeing a picture on a menu).

Interestingly, all of these processes and conditions can be detected—and even predicted—using simple brain-imaging techniques.

So while he’s most famous for his domineering social condition (Think: “Napoleon Complex”), Napoleon Bonaparte may owe his legacy as a creative military strategist to the fact that he was a neuroscientist. 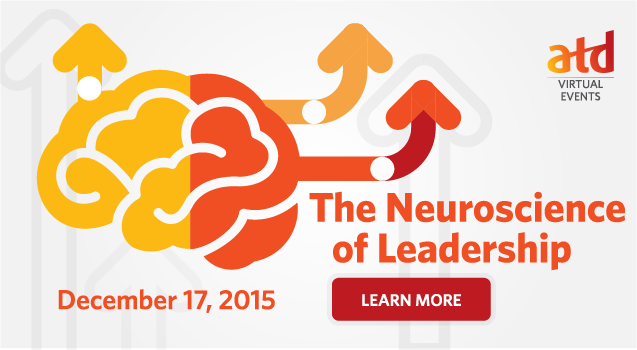 ABL will delve deeper into how the L&D industry can apply a brain-based approach to leadership development during a virtual workshop for the ATD Science of Learning Community of Practice. Please join us for The Neuroscience of Leadership December 17, 1:00-4:00pm EST.

About the Author
Dan Radecki

Dan Radecki, PhD, MA, is co-founder of the Academy of Brain-based Leadership (ABL), which offers a scientifically validated, brain-based approach for future-oriented leaders and organizations interested in optimizing their performance, relationships, and health. He also serves as executive director of research and development at Allergan, where he is a global leader for drug development programs. He is the author of Psychological Safety: The Key to Happy, High-Performing People and Teams. Radecki holds a bachelor’s degree in psychology, master’s in biopsychology, and PhD in neuroscience.

Rick Barber
December 14, 2020 12:05 PM
Hey Dan,
Excellent Article! Given Folks are even Working Virtually, you don't even have to convince your Boss to entertain a Mindfulness Program in the Workplace even if you don't have one! It's all in the Mindset of Strategy, right? Then again, the Possibilities are endless! Thanks for sharing!
I am currently enrolled in a Teaching Mindfulness Certificate program at:
: https://teach.mindfulnessexercises.com/ref/15/
It's worth checking out!!
Happy Holidays to ya!!!