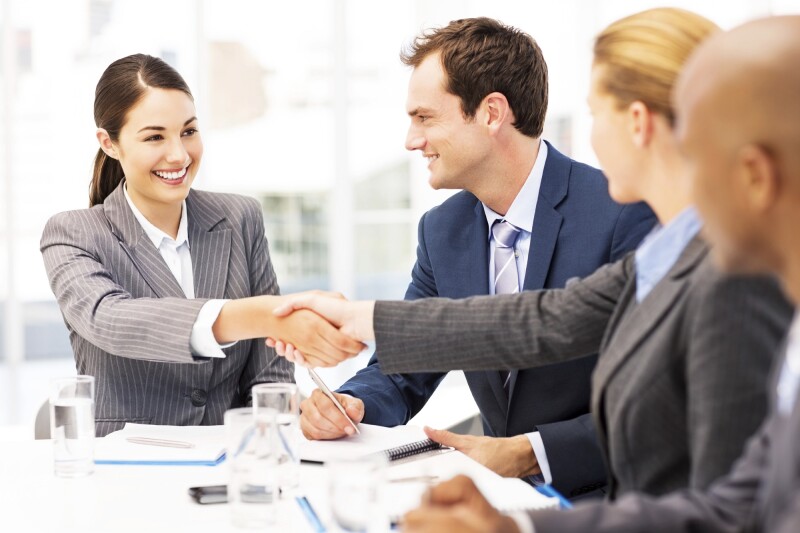 When you think of the word networking, what comes to mind?

If you get an icky feeling in the pit of your stomach, keep reading.

First, you’re not alone. I find that most people have some variance of an aversion to networking. But when we dig deeper, it’s often because they’re thinking of the kind of “networking” that people with the wrong mindset do. The kind of networking that gives networking a bad rep.

I think I’m kind of a crusader for righting the reputation of networking. I want to bring honor back to this important activity. And it all starts with getting your mindset straight.

The right kind of networking—the honorable kind, the kind with integrity and dignity—starts with an abundance mentality and a trader-principle approach. I’d like to explore these mindset foundations in this blog post.

Your attitude toward life in general, including networking, is either one of abundance or scarcity. Stephen Covey first coined these terms in his classic book, The Seven Habits of Highly Effective People. The scarcity mentality is an internal thinking script that tells us life is a zero-sum game. People who hold this kind of mentality think there isn’t enough of fill-in-the-blank to go around: opportunities, luck, value, ideas, and all manner of good things. So they think that if they give it away, they won’t have enough for themselves.

People with a scarcity mentality are therefore very reluctant to share anything, including credit, power, or even recognition. If you always think there isn’t enough, you become stingy, narrow-minded, and hypercompetitive. You see networking as a win-lose game.

When it comes to networking and building mutually beneficial relationships, the scarcity mindset is a game-killer. On the other hand, those with an abundance mentality see the world as full of opportunities and possibilities, with plenty for everyone to share. They are much more willing to share praise, ideas, opportunities, and connections—all great for the work of building relationships! They understand that networking can lead to win-win outcomes and are eager to share their knowledge, connections, and ideas with others in their network.

If you want to succeed at networking (the honorable, non-icky kind), you must adopt an abundance mindset.

According to philosopher and author Ayn Rand in The Virtue of Selfishness, “[a] trader is a man who earns what he gets and does not give or take the undeserved. He does not treat men as masters or slaves, but as independent equals. He deals with men by means of a free, voluntary, unforced, uncoerced exchange—an exchange which benefits both parties by their own independent judgment.”

But what constitutes value?

That's a trick question, of course. Value, like beauty, is in the eye of the beholder.

There’s no way to state an objective standard of value for all trades or relationships. There are many ways to give or receive value, and they all go well beyond money. Here is just a partial list, to get your creative juices flowing:

What else? (Use the comments section to add to this list!)

The value you want to gain from a networking opportunity could be very different from the value your counterpart seeks. Therefore, to create a fair trade, you must figure out what they value that you could offer them in return for the value you seek. Don’t be limited by your own needs and preferences.

I like to suggest eschewing the Golden Rule in favor of the Platinum Rule: Do unto others not what you would like done unto you, but rather what they would like to have done unto them. But of course, to execute a trade like this requires some proactive curiosity on your part—you must figure out what THEY would like!

Viewing networking through the lens of the trader principle with the goal of value creation immeasurably expands the ways in which you can add value. A lot of people worry about what they fear would be an imbalanced relationship. They don’t want to feel like they’re taking advantage of anyone. They also worry that the other person won’t see what’s in it for them and will not be interested in connecting. What’s really great is that when seen this way (that is, through the trader principle lens), relationships can become mutually beneficial even if you're the less powerful, well-known, wealthy, or experienced one in the relationship.

Have you considered that one of the most pleasurable things for somebody who is successful is to help other people be successful? Author and philosopher Don Watkins talked about this on episode 38 of my podcast, The TalentGrow Show. He suggested that when offered the opportunity to connect with and help the eager up-and-comer, a successful person may think, “How cool is it that I can give my younger self what I wish I had when I was there?”

Another, even more practical type of high-leverage value you can offer such a person, according to Watkins, is to help them get to the results they seek in the world without having to do all the work.

Suppose this person is an author and you are a young professional seeking their counsel. That author can only write so many books, but if they can give 20 hours to somebody over a period of a year or two and then that protégé writes a bunch of books that they like and think are valuable, that is a huge return on investment for them.

So if you want their advice, for example, be sure that you ask them very concrete questions that you wouldn’t have been able to look up the answers to by yourself, especially in their former writing or other work products. Then, you must go do whatever it is that they suggest.

More from Don Watkins: “Don’t argue with them, even if you disagree or think it’s weird or it makes you uncomfortable because they’re asking you to do something that’s outside your comfort zone. Go do it and then report back the results and then if you have a follow-up question, ask it. Because the number 1 thing that happens when people ask a successful person for advice is they ask for advice and then they don’t take it. They don't do anything. They don’t take any action . . . If you take action and report the results, you go a really long way to securing somebody’s interest in helping you in the future.”

Networking has a bad rep. It’s usually because of people who do it wrong. Don’t be one of them. To network with integrity, you must adopt the right mindset.

An abundance mentality helps you see the world, and networking, as full of possibilities rather than a zero-sum game. By adopting a trader-principle approach you can always ensure you are offering value in exchange for the value you receive. And there are lots of types of value to trade. Even if you’re interested in connecting with people who are more successful than you, there are still ways to make the relationship a high-value, fair trade one.

What do you think? Have you ever struggled with the wrong mindset when it comes to networking? Do you have more examples of types of value that can be exchanged by traders in a relationship beyond those I listed? Do you have any examples of a time when you applied any of these ideas and their beneficial results?

Editor’s Note: This post was originally published on the Talent Grow blog.

About the Author
Halelly Azulay

Halelly Azulay is an author, speaker, facilitator, and leadership development strategist and an expert in leadership, communication skills, and emotional intelligence. She is the author of two books, Employee Development on a Shoestring (ATD Press) and Strength to Strength: How Working from Your Strengths Can Help You Lead a More Fulfilling Life. Her books, workshops, and retreats build on her 20+ years of professional experience in communication and leadership development in corporate, government, nonprofit, and academic organizations.

Halelly is the president of TalentGrow LLC, a consulting company she founded in 2006 to develop leaders and teams, especially for enterprises experiencing explosive growth or expansion. TalentGrow specializes in people leadership skills, which include communication skills, teambuilding, coaching, and emotional intelligence. TalentGrow works with all organizational levels, including C-level leaders, frontline managers, and individual contributors.

Halelly is a sought-after speaker at conferences and meetings and is a contributing author to numerous books, articles, and blogs. She was described as a “leadership development guru” by TD magazine. Halelly blogs at www.talentgrow.com/blog, publishes a leadership podcast at www.talentgrow.com/podcast, and has a popular free weekly subscription newsletter – sign up at www.tinyurl.com/talentgrow.