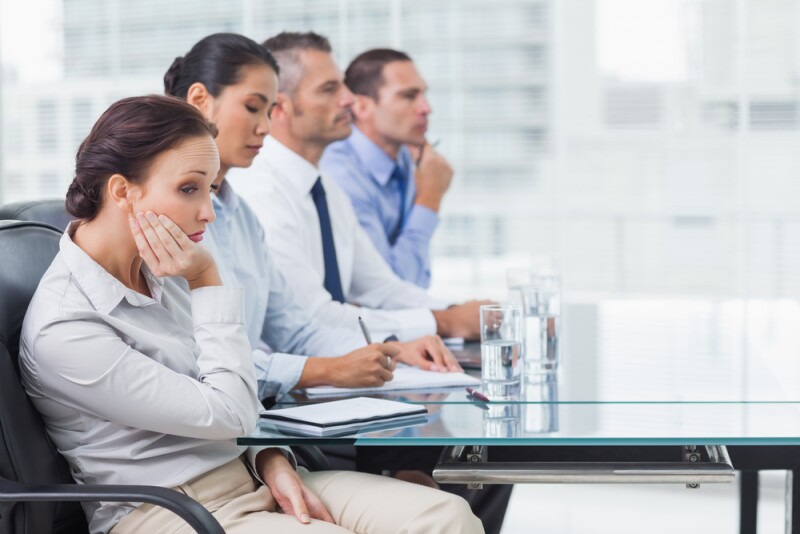 Not All Employees Want Development

Marjorie was excited! As the new manager of a team of 15, she knew one of her biggest responsibilities was to develop her people. So, on Day 1 of her new position, she began meeting with each of her direct reports individually. To each person, she emphasized her commitment to their growth and promised dedicated time and resources to development. By the end of the first week, she felt invigorated and enthusiastic. She was going to be just the type of leader she’d always wanted. She couldn’t wait to pitch the thoughts and ideas for all the individual development plans to her boss, in search of the much needed funding.

Yet, as she skipped into work for her second full week, there were a few interactions that stood out from the rest. Three of her employees hadn’t reacted with the type of excitement or vigor she’d anticipated. In fact, their reactions had been downright depressing, she’d realized as she thought through the one-on-one meetings. Why had this small group seemed so unmotivated by the prospect of being developed?

She told herself: “Don’t worry so much, just start developing them, and they’ll come around!” And by the end of the second week, she had the funding for everyone’s development plans—albeit somewhat lesser amounts than requested, but still do-able. She immediately set the plans in motion. This was fantastic!

Overall, Marjorie’s been happy with the growth in her team’s abilities. She’s watched their general team competence improve and capacity increase. Many of her employees have expressed excitement and appreciation for the focus on development she’s brought to the team.

However, the three initial skeptics are still a thorn in her side when it comes to development. They are still outstanding individual contributors, and Marjorie wouldn’t consider replacing them on her team. She’s simply frustrated with her inability to develop them beyond their current levels. Nothing she’s tried has worked—not the additional attention and weekly development meetings, or the pricey conferences to which she’s sent them (although they did enjoy the San Diego weather in February!).

Two weeks ago, Marjorie and I sat down together to reconnect, but this development conundrum monopolized her thinking as she vented over our steaming Americanos. What was she doing wrong? Why couldn’t she motivate them to learn?

As an executive coach and college professor, and even earlier in my career as a corporate trainer, I regularly ran across individuals like Marjorie’s “Three Musketeers”—people who were experts in their jobs, good engaged workers, but steadfastly stubborn when it came to development. They simply had no desire to develop their skills further, and no matter what I tried, in most instances, my efforts were rebuked. Indeed, I could commiserate with Marjorie’s frustration.

The reality is that not everyone has a development focus. For some people (at least some of the time), the efforts, engagement, and motivation needed to truly grab hold of development isn’t there. Perhaps they are genuinely content (for now) to be operating at a level or within a specific role, and they don’t currently have the desire to move either laterally or vertically within the organization. Maybe their focus—and their discretionary efforts—are currently being focused on other aspects of their life, such as kids, aging parents, partners, hobbies, and so forth. And just possibly, this simply isn’t the best time for them to be working through the discomfort that comes from true development (a healthy discomfort, mind you).

As a leader, we do have the responsibility to develop our people. We owe it to them, and we owe it to our organizations. But we also have the indisputable responsibility to recognize a learning attitude—or lack thereof—in our employees. Where that attitude exists at any given time, we must seize the reins and leverage it in a direction (hopefully, aligning the individual’s goals with those of the organization). But where we recognize that an individual is either resistant to development (temporarily or permanently), we need to back off of our developmental insistence.

Take that time instead to meet individually with the person and to better understand (without judgment) the reasons for their resistance, not to then figure out how to necessarily circumvent or overcome it, but simply because part of being a leader is better understanding those working for you. Accept that they may not be ready for development, and use that information in heartfelt communication with that individual.

If their development is needed to further the organization, then as a leader, you may be faced with tough conversations. Where development is a “nice to have,” not a “need to have,” and where an employee is performing adequately (or even superbly), we need to ask ourselves as leaders why development for this individual at this particular time is necessary. In all my years leading teams, in many cases, the answer was that development was not critical for the individual. As challenging as it was for me intellectually to embrace that, the right decision was to back off.

Development requires time, cost (financial and effort), and aptitude. But the most important piece of the equation is often the one we as leaders overlook in our eagerness (bordering on zealousness) to grow our people. Without learning attitude, the individual desire and willingness to put forth effort, sacrifice, and stretch our own perspectives, all the time, money, and managerial determination will fall short.

The next time you find yourself struggling to gain developmental traction with one of your employees, take a step back and really ask yourself and the individual if they truly want to be developed. Often, you may find that the answer isn’t “No,” but rather “Not right now.” And then wait...chances are that answer will eventually shift back to a “Yes.” When it does, you’ll be ready, and the development will have more impact!

About the Author
Trevor Nagle

Trevor Nagle is an executive consultant and coach with Stewart Leadership, an international leadership, teaming, talent, and change management consulting, coaching, and training company, which has been building leaders for over 35 years. Follow Trevor on LinkedIn and twitter @IOPsychDoc.