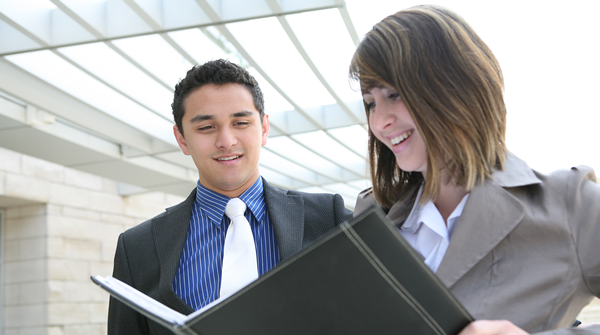 On the Horizon: Hispanic Influence

While the term “Hispanic” is used widely, for Americans with a lineage to Spanish-speaking countries, only a minority (24 percent) self-identify this way; 51 percent refer to themselves by their family’s country of origin, (such as Mexico, Cuba, the Dominican Republic, or one of the more than dozen Spanish-speaking countries), according to the Pew Research Hispanic Trends project. A highly diverse demographic representing different cultures, the Spanish language is a common denominator. Speaking Spanish is considered important for future generations, as well as a cultural priority.

Some have argued that the U.S. Census categories, which classify the American population into racial and ethnic groups are no longer relevant and that we have become a hybrid nation. Few Hispanics find that the current categories fit their cultural identities. Indeed, in a multi-racial world, what do these terms mean?

While we do not necessarily have the best terminology with which to define demographic differences, we do need to track and measure our progress for important policy issues, such as anti-discrimination legislation, access to quality education and voter rights. For the purpose of this blog, we will use the term “Hispanic” knowing it is imprecise, but it is the arguably the best we have today.

As the nation’s largest minority, the Hispanic population is projected to double by 2050, reaching 100 million from 44 million today. Accounting for more than 25 percent of youth in this country, Hispanic births are expected to exceed other demographic groups.

There is little doubt that this will have significant impact in political dynamics, culture trends, and how organizations seek to attract, retain, and develop key talent going forward.

The Pew Research Hispanic Trends project looked at “Generation Next” in this demographic group and reported on a number of defining characteristics, which included:

Power of the purse

Hispanics overall have made significant gains in this country and now account for $1.3 trillion in spending power; this economic clout will likely become even more significant as a result of population growth. A recent Forbes.com article characterized young Hispanics as the “holy grail” of millennial retail today, because they are “debt-free, big smart phone users, and big spenders.”

Active entrepreneurs, many Hispanics are involved in startups in technology, media, arts and design. And a new crowdfunding venture, Crowdismo, is serving this marketplace.

At the same time, however, there remain large gaps in important markers of well-being, including health, education, and lags in income (learn more at http://awesome.good.is/transparency/web/1105/opportunitygap/flat.html).

Not surprisingly, with such a high concentration of young people, Hispanics are highly engaged with social media, as illustrated by this infographic at http://www.sociallensresearch.com/blog/how-to-reach-the-mobile-and-social-hispanic-consumer-infographic.

As organizations increasingly think through their social media policies to enhance their internal and external branding, young Hispanics can serve as a source of wisdom and insights about where and how to best engage online.

Hispanics in the workplace and marketplace

Organizations need to roll out the “welcome mat” to attract and retain this growing demographic group. According to recent research conducted and reported by Tamara J. Erickson of Tammy Erickson Associates, doing so will require more flexible work arrangements to take into account treasured family ties and corresponding responsibilities.

Another finding: Hispanics strongly value large companies that enjoy positive reputations and well-respected brands, and training and development is important to build engagement with this population at work emerged as another important characteristic. These findings have implications for how Hispanics are recruited for positions today and in the future.

As Hispanics grow to be a significant portion of our workforce, successful companies will find ways to integrate them into their organizations, and as a resource to mine insights about how to best interact in culturally relevant ways with this diverse group of influential consumers.

How does your organization make Hispanics feel welcomed?