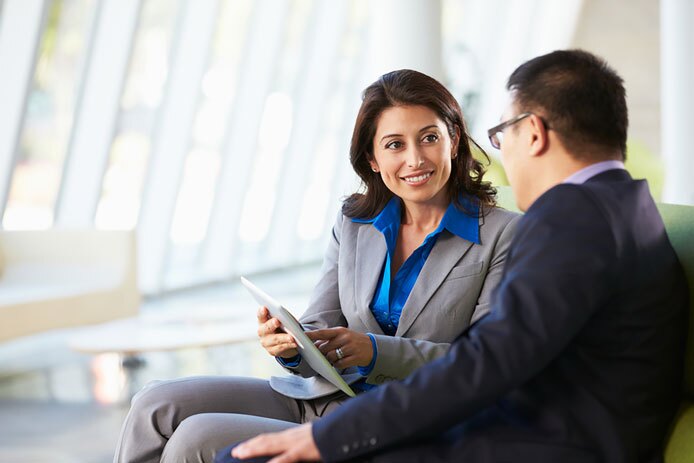 Ouch! The Neurobiology of Feedback (Part I)

We can all recall a time that a partner, family member, friend, or colleague gave us some well-intended feedback that really hurt. Most of the time, the intention of feedback is to convey a perception others have of us; and in many cases, it is a direct or indirect request for us to change our behavior. Our own research, and those of others, points out just how powerful both positive and negative feedback can be. However, if feedback were an available and controlled prescription drug, it just might have long been pulled from the U.S. market due to its potential harmful side effects.

New research about the neurobiology of feedback gives us some important clues about why feedback at times can do more harm than good, how much positive to negative feedback we receive becomes the tipping point to the discomfort we feel, as well as how we can frame information to others in a way to possibly minimize defensiveness and increase acceptance.

Danger: Interpersonal Interactions May Be Harmful to Your Health

Feedback is one important factor in defining the quality of our social support and relationships, both at home and at work. Current research suggests that strong relationships with one’s partner, family members, coworkers, boss, and friends are significantly associated with a number of important emotional and health outcomes.

Using a well-known stress and health risk appraisal of ours (StressScan), we recently analyzed differences in perceived availability, utility, and satisfaction of social support by gender in a sample of more than 800 working adults of diverse ages. We found that women reported statistically greater availability and use of their social support network both away from work and on the job (supervisor or boss, coworkers) relative to their male counterparts. The finding of greater utilization of social support at work is somewhat surprising, given that current research suggests that successful women indicated that mentoring is generally less important to their career advancement than did less-successful women.

We were also able to determine the relative amount of dissatisfaction with specific sources of social support. Both men and women rated being most dissatisfied with the quantity and quality of support received (such as emotional support, advice, information, or direct assistance) with their:

Finally, men and women in our sample who reported greater satisfaction with their overall social support also reported significantly less work–life stress, enhanced resilience, and higher overall life satisfaction and emotional happiness. Indeed, as social animals, the fabric of our relationships are strongly related to predicting our short-term well-being and long-term health.

Social Triggers of the Stress Response

We are biologically primed to discern through verbal and nonverbal cues whether the individual we are interacting with is friend or foe, and react accordingly (and, women appear to be biologically more capable of doing this than their male counterparts).

Feedback to others might be purposefully untrue, skewed to be overly critical or flattering, accurate but hurtful or vague, or of limited value for desired behavioral change. Newer neuroscience research sheds some interesting light on why negative feedback is potentially emotionally harmful. In general, stressors that induce greater social-evaluative threat elicit significantly larger cortisol and ambulatory blood pressure responses. These social stressors result in the fight-or-flight stress hormone cortisol being elevated three times higher than non-interpersonal stressors; and it takes 50 percent longer for this important regulatory hormone to go back to its baseline state.

Interestingly, women apparently have a secondary biological stress reaction, labeled the “tend and befriend” response by Shelly Taylor, a prominent social psychologist at the University of California–Los Angeles. Her research, and those of others, suggests that women under stress are more likely to express emotions and behaviors consistent with nurturing, caretaking, sensitivity, and bonding.

This secondary stress response appears to be largely due to a reproductive hormone called oxytocin (the “pro-social” or “cuddle” hormone). Recent findings by social economist Dr. Paul Zak from Claremont University and others have shown that oxytocin plays an important role in facilitating trust and collaboration with others and might be a marker for those who lack basic warmth and empathy as well as even being a possible short-term treatment approach for some of the autistic spectrum disorders.

Research on oxytocin has demonstrated the importance of neurobiological systems that can greatly impact communications and relations with others.

Sticks and Stones Can Break My Bones, But Words Can Never Harm Me

It seems that emotional pain and physical pain follow the same physiological pathways in our brain, and both can lead to the same outcomes of depression, inflammation, and fatigue. In a nifty study by Naomi Eisenberger and colleagues at UCLA, she was able to use functional magnetic resonance imaging (fMRI) to peer into the inner workings of participants’ brains while they were involved in a social exercise (cyberball) designed to provoke feelings of social isolation and rejection.

She studied which part of the brain was activated while a group of subjects played a computer game with other individuals they did not know. She created two possibilities of being rejected: either actively or passively (she told them they could not continue because of technical problems). Comparison of fMRI brain activity in the active exclusion group versus inclusion conditions revealed greater activity in the part of the brain that is associated with physical pain (anterior cingulate cortex). Additionally, the subjects who were rejected also reported feeling psychological distress based on self-report measures.

Four newer studies show that recall of past socially painful situations elicits greater pain than reliving a past physically painful event and has greater negative impact on cognitively demanding tasks. Of course, we all know that feedback is a key condition to create awareness, insight, and reflection to help us do things more, less, or differently in the future. So, what is the relationship between feedback and performance at work?

In one of the most-cited review studies on performance feedback, the authors found that although there was a significant effect for feedback interventions, one third of all studies showed that actual performance declined. Although the authors speculated about many reasons why performance feedback led to worse performance on the job, they seemed to suggest that in most cases it leads to individuals feeling hurt, demotivated, and emotionally upset. If Eisenberger and her UCLA researchers are correct, it would appear that prolonged negative feedback, in some cases, might indeed be potentially harmful to your health.

Take Two Aspirin and Call Me in the Morning

Everyone has experienced physical pain—and one of the first things we often do is take a pain reliever, like aspirin or acetaminophen. But physical pain isn’t the only kind of pain we might experience. Our feelings can also be hurt from feeling slighted, having our ideas rejected, or even being given feedback we interpret as judgmental and evaluative. Nathan DeWall of the University of Kentucky and his colleagues wondered whether acetaminophen, which acts on the central nervous system, could blunt social pain, too. In one experiment, healthy college students were randomly assigned to take acetaminophen or a placebo twice a day for three weeks.

Those who took acetaminophen reported experiencing significantly fewer hurt feelings in their overall reporting of social interactions they had with others. In a second experiment, another set of healthy college students were randomly assigned to take acetaminophen or a placebo twice a day for three weeks. At the end of the three weeks, the students were scanned in an fMRI machine while again playing a virtual ball-tossing game with two other players. Those who had taken the acetaminophen exhibited significantly less neural activity in areas of the brain previously associated with experiencing social and physical pain when other players stopped tossing the ball to the subject who still reported social stress from being left out and rejected.

Clearly, these studies help to validate that physical hurt and social pain are strongly linked. If you want to learn even more, join me at the ATD 2018 International Conference & EXPO for the session: Ouch, That Hurt! The Neurobiology of Feedback. In the meantime, my next post will take a look at the “Tipping Point” between positive and negative feedback.