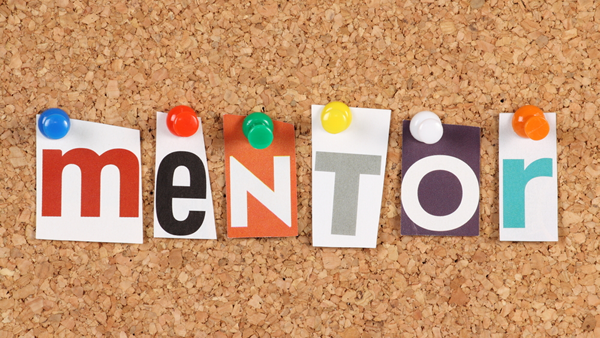 Effective mentors help mentees discover answers for themselves, rather than simply give answers—even though it is far easier and more efficient to tell rather than ask. Savvy mentors know that posing questions facilitate learning. This is how mentees develop themselves and their careers.

Good intention is great and important in a mentoring relationship. And experience matters too. But is that enough?

We invite you to listen in to a mentor-to-mentee interaction. Think about what Steve, the mentor, is doing well and where you think he misses the mark.

“Paul, it’s good to see you again. Come, sit down. Let me just clear off my desk and finish this email.”

Paul settles into the chair opposite his Steve’s desk and waits for his mentor to wrap up what he is working on.

A few minutes later, Steve pushes his computer aside and smiles at Paul, his mentee, and asks: “So what’s up? What’s been going on?”

Paul answers: “Well, things have been good. Working hard as usual. And I brought along a list of some challenges I have been dealing with as you suggested from our last meeting. That was a good exercise. It made me have to think about what really gets in the way.”

Steve replies: “Well, thinking is always good. And thinking about challenges is a good way for me to sort of stop and figure things out. For example, a couple of years ago, I was struggling with being micromanaged by my former boss.” Steve continues to relate the story about his struggle to deal with his boss’ management style and how it made him feel.

As Steve talks, Paul realizes that they have more in common than he first thought. Paul replies: “Well, that’s funny, micromanagement was on my list too. I am having problems with that with my own manager.”

“Well, here’s what I did that helped.” Steve spends the next few minutes outlining the strategy he used in dealing with his boss, and the end result. “That might be something you could try too,” Steve adds.

Paul nods. Even though Steve’s approach would never work in his own situation, he doesn’t want to disagree with his mentor. He decides to take some notes on his Smart Pad to give the impression he is creating an action plan.

Steve looks at his watch and abruptly stands up. “Well, sorry Paul, I to have to wrap this up early—a meeting came up that I have to attend. Why don’t you work on that strategy with your manager. Next time, we can talk about how it went and the results you’re getting.”

As Paul pushes away from his chair, Steve is still leaning into his computer screen. Steve asks, “Just to confirm, when is our next meeting?”

Paul replies: “Next month, same time. Your office. As long as you don’t have a conflict, I’ll be here.”

“OK. Good. Look forward to seeing you.” And Paul and Steve conclude the session.

Probably most of us would agree that Steve has the right idea. He greets his mentee warmly, and takes time to catch up on what is going on in Paul’s world. He shows his vulnerability by sharing a personal and revealing story about a challenge he faced. He gets points for giving his mentee an assignment to discuss for their next meeting. And he closes the mentoring session by confirming the time for their next meeting.

We think there is more that Paul and Steve could—and should—have be doing. Do you? We invite you to take a few moments to ponder the answers to these questions and think about them in relation to yourself and your mentoring relationships.

THOUGHT QUESTION: What are you doing that might be working against your mentor/mentee relationship?

About the Author
Lois Zachary

Lois J. Zachary is an internationally recognized expert on mentoring. She has been cited as “one of the top one hundred minds in leadership” today. Her book, The Mentor’s Guide, first published in 2000 and revised in 2012, is the primary resource for organizations interested in promoting mentoring for leadership and learning and for mentors seeking to deepen their mentoring practice. With her bestselling books Creating a Mentoring Culture (2005), The Mentee’s Guide: Making Mentoring Work for You (Jossey-Bass, 2009, with coauthor Lory Fischler), and the The Mentor’s Guide, five Mentoring Excellence Pocket Toolkits, and over one hundred published articles, Dr. Zachary has created a comprehensive set of resources for facilitating the practice of individual and organizational mentoring excellence.. Earlier this year her collection of poetry and reflection My Mother Has the Finest Eyes was released. Dr. Zachary is president of Leadership Development Services, LLC, a Phoenix-based consulting firm that specializes in leadership and mentoring, and director of its Center for Mentoring Excellence. Her innovative mentoring approaches and expertise in coaching leaders and their organizations in designing, implementing, and evaluating learner-centered mentoring programs have been used globally by a wide array of clients, including Fortune 100 companies, government organizations, and educational and other institutions, both profit and nonprofit.

About the Author
Lory Fischler

Lory Fischler is a senior associate with Leadership Development Services, LLC, and associate director of its Center for Mentoring Excellence. She is a dynamic, insightful, and seasoned professional with over twenty-five years’ experience in consulting, training, and coaching clients from a diverse array of organizations, including Fortune 500, health care, manufacturing, government, and nonprofit. Fischler is the coauthor, with Lois J. Zachary, of The Mentee’s Guide and the Mentoring Excellence Pocket Toolkits, and has published a number of articles. She is the creator of Leadership Development Services’ Workstyle Inventory, a tool widely used by clients to promote self-understanding and team interaction, and the designer and facilitator of Negotiating: Win-Win Results, a three-day experiential workshop that has been delivered worldwide.