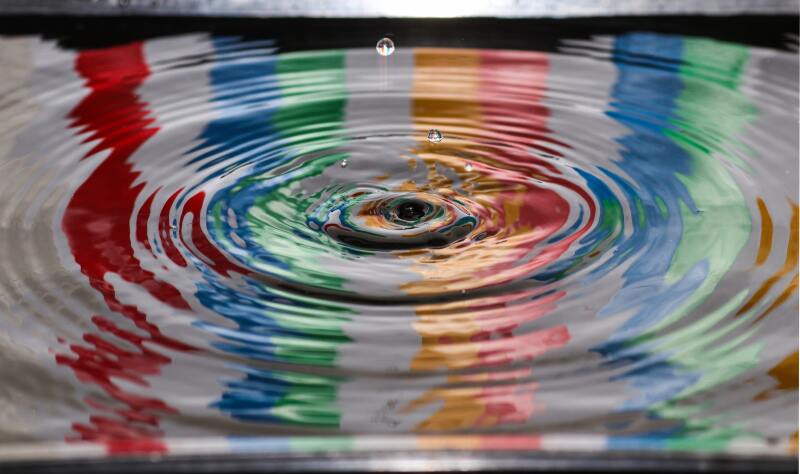 Shift the Impact of Bias by Choosing Courage

Franklin Covey’s approach to addressing the impact of bias, Unconscious Bias: Understanding Bias to Unleash Potential, is encompassed by a three-part model: identify bias, cultivate connection, and choose courage. I think of it as a progressive model driven by introspection. At each stage of the model, there are questions we can ask ourselves to mitigate the potential negative impact of bias.

In the first two articles of this series, “The Nature of Bias” and “Combat Unconscious Bias With Curiosity and Empathy,” we tackled part 1 and part 2 of the model. Part 1 began with the individual: What biases do I have and how is that affecting my possibilities and those around me? Part 2 focused on relationships: How can I proactively overcome bias through the duel skills of empathy and curiosity? Part 3 of the model will end with change: How can I affect myself, my team, and my organization by choosing to act courageously?

Let’s explore this final part of the model a bit further. If you’re anything like me, you might hear the term courage as it relates to bias and envision a bold move. For our purposes, courage has a much broader definition. It’s not only big, brash, and bold moves but subtle nuances and a careful examination of the context in which you find yourself before taking action. Courage is a spectrum and depending upon your level of authority, risk, and personality, you may deploy courage differently.

So how do we deploy courage in the face of bias? Well, bias is something we can encounter from varying perspectives. We all have bias, we may find ourselves on the receiving end of bias, we may witness bias, and we may have an opportunity to eliminate bias. I encourage you to think about your response to bias through these four lenses.

The Courage to Identify

Identifying bias is a courageous act. It takes courage to be vulnerable, do the heavy lifting of self-examination, and admit when a bias we’re holding is limiting ours or others’ possibilities.

For example, a manager has five direct reports and strives to build a collaborative work environment. Her leadership assigns her team a high-profile new project, and she introduces it to her team on their next call. Everyone is excited. Two members of the team are based abroad, and she decides it would be too complicated to involve them in the project. One of them also speaks heavily accented English and the manager finds herself daydreaming as he shares his thoughts. She pauses and questions the logic behind her decision. Is this the best way to determine who should work on the project, she asks herself? What assumptions is she making about working with the team members based abroad? Identifying this bias in her decision-making around proximity and accented English is a courageous act. It allows her to step back and decide based on capability and merit, a decision that allows everyone to contribute their best.

The Courage to Cope

American writer, feminist, and civil rights activist Audre Lorde said, “Caring for myself is not self-indulgence; it is self-preservation, and that is an act of political warfare.” I’m not suggesting political warfare but that being on the receiving end of negative bias can harm our overall sense of well-being and that finding a way to cope, with an emphasis on rebuilding that sense of well-being, is courageous.

Another example is an organization that is teleworking due to the global pandemic. Lisa’s team hasn’t teleworked before, and she’s being asked to check in every 30 minutes. She has a strained relationship with her manager and feels like he treats her differently than her colleagues. He seems not to trust her or her results despite the accolades she receives from peers and superiors on other teams about her work. She also happens to be the only person of color on the team. She chats with her colleagues about how often they need to check in and they don’t know what she’s talking about. They haven’t had to check in like this. She prioritizes her sanity by proactively emailing her boss her schedule each morning and reaches out to a trusted mentor and leader in another division. She confides in her mentor about what she’s experiencing and asks for her guidance about how she can effectively navigate this situation. Her mentor mentions that a more senior position would be opening up in another division and coaches her through the application process. She’s excited about her future at the firm.

The Courage to Be an Ally

Coping with bias is an act of self-preservation. Putting yourself in the fray of bias that doesn’t affect you and lending your voice to someone else who wishes to have such support is also a courageous act.
Advertisement

For example, your team has regular meetings with your manager (Paulo), three male colleagues, and one female colleague. During a weekly team meeting, Claudia makes an excellent recommendation, and your manager says, “That’s a possibility. Let’s come back to that.” A few minutes later, one of your male colleagues in the room makes a similar recommendation, and your manager responds, “That’s a fantastic idea. Team, what are some ways we can begin implementing this?” You’ve noticed that Paulo rarely acknowledges Claudia’s comments, and that others often restate her ideas and get the credit for them. It’s been bothering you. You decide to jump in and amplify Claudia’s voice. “It is a fantastic idea similar to what Claudia contributed earlier. Claudia, can you tell us more about how we can implement this?”

The Courage to Be an Advocate

There are circumstances in which we have great power, and our voice, individually or aligned to a larger group, can make change. Advocacy is a courageous act.

For example, your boss is interviewing for a new office manager and has brought you in to observe since you’ll work closely with this person. You notice that interviews with younger candidates are focused on office etiquette—appropriate attire, showing up on time, respectful dialogue, customer service—and that interviews with candidates about your boss’s age are much more substantive in terms of outlining the requirements of the role. You muster the courage to bring up this difference as you debrief interviews with your boss, and she dismisses your feedback. “What are you talking about? I asked everyone the same questions, and you know how millennials are—they don’t take work seriously.” You’re on the organization’s employee advisory council and decide to bring this up at the next meeting. HR best practice is to conduct panel interviews instead of one-on-ones. You spearhead a council initiative to implement hiring panels across the organization, advocating for change.

Bias is a natural part of the human condition and comes into play in many of our decisions and interactions. The biases we hold don’t have face value, but they do affect our behavior. That behavior has a result, and when that result is potentially limiting or negative, we can choose courage. Courage is difficult and goes against many of our natural survival instincts. It’s risky. But it is how we can positively affect ourselves, our teams, and organizations.